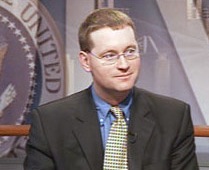 Colorado scientists were set to help the nation better understand the causes of global warming, but they suffered a holdup yesterday when a new satellite crashed into the ocean near Antarctica just after launch. The Associated Press characterizes the failure as “a major setback to NASA’s already weak network for monitoring Earth and its environment from above.”

The $280 million mission was meant to track the greenhouse gas carbon dioxide, which is created from the burning of coal, oil, and natural gas. Now researchers, including Colorado State University professor Graeme Stephens, are pushing to replace the two-year mission, which was nine years in the making.

So it seems President Barack Obama, who promised to “restore science to its rightful place” in Washington, will have to wait for answers. Or he can just listen to the doomsday claims that seem to drive some politicos these days, as The New York Times writes in a story that asks whether Obama’s scientific counselors are able to provide realistic plans for battling global warming.

Roger Pielke Jr. (pictured), a professor in the environmental studies program at the University of Colorado, worries. He argues in his book, “The Honest Broker,” that many scientists seem to jeopardize their credibility, impeding solutions.