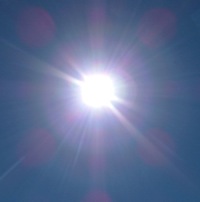 If it isn’t their weight problems, then our kids aren’t eating enough fish and drinking enough milk. They’re also not getting enough sunshine, all sources of vitamin D, which is critical to good health. According to a new report, 70 percent of U.S. children have levels so low that they’re considered at a higher risk than normal for bone and heart disease. “We expected the prevalence of vitamin D deficiency would be high, but the magnitude of the problem nationwide was shocking,” Dr. Juhi Kumar, of Children’s Hospital at Montefiore Medical Center in New York, tells LiveScience. In the worst cases, one in 10 children are considered ill—vitamin D deficient—according to 9News, which cites too much time indoors, doing activities like playing video games, as a culprit. While children who don’t get enough vitamin D face a list of long-term diseases that can harm a heart, reversing the trend is relatively simple. Get outside. In most cases, kids need just 10 to 15 minutes of pure sunshine before their parents slather on the sunscreen.

That shouldn’t be difficult, considering that Colorado claims four of Backpacker Magazine’s 25 Best Cities to Raise an Outdoor Kid. Boulder tops the list, with Colorado Springs, Durango, and Fort Collins also making appearances (only print subscribers currently have access to the entire article). But it’s not just the kids who are at risk. Last month, researchers at the University of Colorado and Harvard University published a study in the Archives of Internal Medicine finding that 70 percent of whites and 97 percent of blacks in the United States have insufficient levels of vitamin D, according to Natural News.