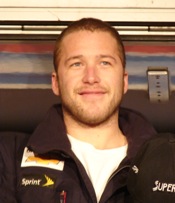 A men’s World Cup from December 4-6 in Beaver Creek could be the re-debut of the winningest American World Cup skier. Bode Miller says he can identify with NFL quarterback Brett Favre’s inability to walk away from the sport he loves, and like Favre, Miller plans to return to the U.S. Ski Team and compete on the slopes again, reports The Denver Post. Miller returns less than six months before the Vancouver Winter Olympics, saying when he walked away from skiing, it left a hole in his heart. The decision is somewhat controversial, considering his behavior at the 2006 Turin Olympics, a time when Miller admits he partied “at an Olympic level.” He also admits he’s not yet in racing shape. Meanwhile, anyone who rides this winter will notice fewer lift operators and ski instructors with alluring foreign accents. The Aspen Daily News reports that a change in federal labor laws now requires employers to cover transportation costs for any foreign workers employed under the H-2B visa program. Resorts like Aspen and Vail, which hire hundreds of foreign workers annually, simply can’t afford to foot that bill.

The Aspen Skiing Company says it doesn’t make sense to hire those workers and pay for them to traverse the globe given the high unemployment rate in the U.S. and the relative ease of finding U.S.-based workers, not to mention a slumping economy. That slump is reflected in Vail Resort’s profits plunging more than 52 percent from 2008 to 2009, mostly from much lower lodging revenue, writes the Vail Daily. Still, season pass revenue is up more than 21 percent, despite overall lift ticket revenue dropped by more than $25 million.