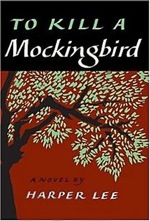 Denver Mayor John Hickenlooper wants you to read “To Kill a Mockingbird,” Harper Lee’s Pulitzer Prize-winning novel from 1960, which takes on difficult issues such as race and rape, while offering healthy doses of compassion and humor. Hickenlooper made the announcement at the McDonald’s on the 16th Street Mall yesterday, saying this year’s One Book, One Denver selection was determined in an online vote, a departure from prior years, when Hickenlooper selected the book himself. The mayor could have found a classier place for the announcement, such as a branch of the Denver Public Library, where some 2,000 copies of the novel, including 100 in Spanish, await readers as the result of a $20,000 grant from the National Endowment for the Arts’ Big Read Initiative, according to 9News. Among myriad other planned events, the Starz FilmCenter will screen courtroom dramas on Saturdays, starting September 12, in a series that culminates on October 24 with “To Kill a Mockingbird.”