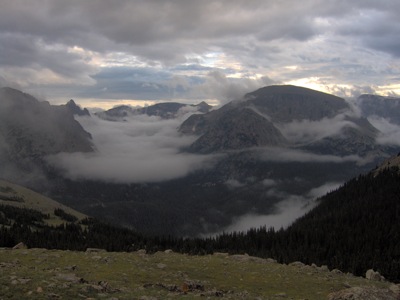 Our most popular tourist destinations may also be our most endangered. Rocky Mountain and Mesa Verde national parks have made environmental groups’ lists of national treasures most vulnerable to climate change, says Stephen Saunders of the Denver-based Rocky Mountain Climate Organization. The spread of bark beetles has caused the death of “virtually every mature lodgepole pine tree in Rocky Mountain National Park,” pointing to a warning by the Intergovernmental Panel on Climate Change that global warming will greatly increase pest and disease outbreaks in forests (via the Fort Collins Coloradoan). A report by the Natural Resources Defense Council scheduled for release today will highlight the specifics. Despite such issues, Rocky Mountain National Park remains a beauty in fall. There’s snow on the peaks, the leaves are changing, and the bull elk—some as heavy as 1,000 pounds—are bugling their virility in an attempt to woo harems of females, writes Boulder’s Daily Camera.