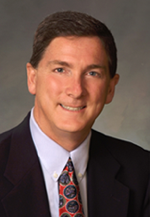 As former Congressman Tom Tancredo, former Governor Bill Owens, and Colorado Republican Party Chairman Dick Wadhams joined to back Scott McInnis‘ campaign for governor and a conservative “Platform for Prosperity” earlier this week, one Republican sat out on the hoopla: businessman Dan Maes, who is still running for governor.

Two weeks ago in Loveland, Maes was just as defiant, calling McInnis a “monster”: “People said maybe I should run for state senateâ€¦ Let me tell you. Governor is an executive position. It’s not a legislative playground. I have executive experience. And if each one of you gives $10 to this white-haired lady sitting here by the stage for me, then I could fight against that monster the Republican Party is propping up here in Colorado” (via The Colorado Independent).

McInnis was one of the few 2010 GOP candidates who did not attend the Loveland event, where local Tea Party groups also congregated.