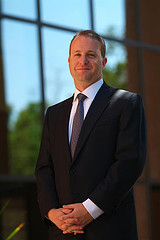 If you can get past the rhetoric that a government-run health-care system (a so-called “single-payer” option) is tantamount to socialism, then perhaps you’ll find something in common with millionaire businessman Jared Polis, the representative for Colorado’s Second Congressional District.

The Democrat recently told The New York Times that he supports such a concept in order to reform the nation’s ailing health-care system—a “Medicare-for-all” approach that would take the burden off businesses to pay rising premiums.

“It would be a lot easier and more efficient economically for businesses to focus on their core product, their core service, rather than have this immense distraction of an employer-based health care system,” he said.

But liberals’ long, hard fight for that vision died yesterday in the Senate. Senator Bernie Sanders of Vermont vows the single-payer option will return when a realization dawns that private insurance companies “are no longer needed” (via The Associated Press). The Dems need Sanders if they are going to pass what many of Sanders’ fellow left-wingers see as a watered-down health-care-reform package.

“I would like to support it, but I’m not there yet,” Sanders says (via the New York Daily News). “The only way I will know that you’re going to have real cost containment and comprehensive universal health care is a Medicare-for-all, single-payer bill–and that’s certainly not going to pass. If you don’t have that, then at least you have to provide real competition for the private insurance companies through a public option.”