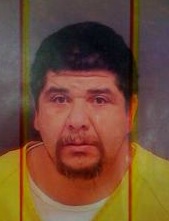 The more than 100,000 people who signed petitions to advocate that Steven Romero, the man accused of tying a rope around the neck of a German shepherd mix and dragging it to death behind his truck, receive the maximum sentence for his actions are one step closer to a successful campaign. A grand jury has indicted the 37-year-old Romero, of Fruita, and his sister, Melissa Marie Lockhart, in the sad incident that left Buddy’s carcass discarded at Colorado National Monument on the Western Slope. Romero, who will appear in court today, faces one count of aggravated animal cruelty, a charge that carries up to three years in federal prison and/or a fine of as much as $100,000 (via 9News). The federal indictment alleges Romero knowingly tortured and needlessly mutilated and killed Buddy sometime between December 29 and 30, 2009. Lockhart, charged with stealing the dog, failed to report the cruelty to law enforcement officers and then lied when interviewed, according to the indictment. She faces one count of “misprision of a felony” and could spend up to three years in federal prison and/or be fined $250,000.