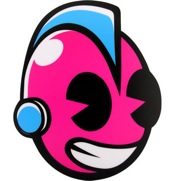 Kidrobot, the cool toy store that evolved into a multimillion-dollar, art-driven toy company, is moving its headquarters from the hustle and bustle of New York to the relative calm of Boulder. Paul Budnitz, the company’s founder and president, says Boulder has an enticing “creative hub” that’s more attractive than the Big Apple’s constant rumble.

“About a year-and-a-half ago, I moved to Montana,” he tells the Daily Camera. “I felt New York City was a wonderful place, but creatively, it seemed I was doing my best work when I was away from the noise.”

The company, which is looking at offices around the Pearl Street Mall, plans to bring about half of the current 45-person team from New York. The other half will remain there. Once in Boulder, the company could also hire a couple dozen more workers from Colorado. Kidrobot, known for its limited-edition vinyl toys and apparel, has stores in New York, Los Angeles, San Francisco, London, Dallas, and Miami. A Colorado store will probably be added to that list.

Meanwhile, Westword has the lowdown on LEGO Universe, “a massively multiplayer online game being developed by Louisville-based NetDevil.”