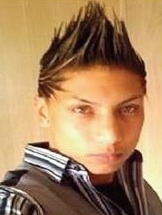 Heber Godoy isn’t just Colorado’s most wanted felon. The accused murderer also stands out from most criminal mug shots. With spiked hair and a serious stare, Godoy shouldn’t be hard for police to spot, as metro-area authorities embark upon their annual dragnet for the 50 most wanted of 2010. The public relations effort, meant to get suspected criminals off the streets, has so far been a success, judging by the near universal coverage of Denver news organizations, such as 7News, which are beaming the faces of the at-large bunch onto television sets and computer screens around the state. The suspects, all wanted for felonies, are accused of committing crimes ranging from murder to sexual assault on a child. Moreover, they have become more dangerous because they are on the run. “These are people who continue to commit crimes to finance their run from law enforcement,” says says Lieutenant Tony Lopez of the Denver Police Department. Not long after announcing the effort, Denver police hit up Twitter to post news of two arrests (via 9News): number 10, Shannon Spicer, who was found hiding in a bathroom at his girlfriends’ house, and number 33, Freddie Lazzo, who was cowering in a bedroom.