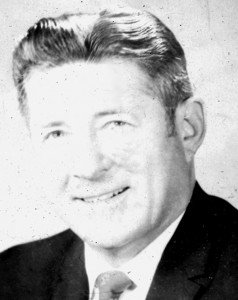 Here’s today’s puzzler: Who was the governor of Colorado from 1973 to 1975? Answer: John D. Vanderhoof, who stepped in when Governor John Love received a post in the Nixon administration. Vanderhoof, now 88, has kept some of the “old stuff” he collected back in those days, including a few moon rocks that have been missing—or not—according to The Denver Post. Joseph Gutheinz, a retired special agent with NASA, says Vanderhoof shouldn’t have the rocks, which the former governor says were presented to the state of Colorado on January 9, 1974. Vanderhoof says he tried giving the moon stones to museums or schools, but could find no takers. Still, the former governor “shouldn’t have taken” the rocks home, Gutheinz says. It seems Vanderhoof isn’t the only one harboring missing pieces of the moon. Florida Today reports that NASA is searching for dozens of missing lunar samples that were either lost or stolen. Blame late President Richard Nixon, who gave bits of moon rock to all 50 states and more than 100 countries. In one example, a sample given to Honduras was recovered following a sting operation involving a Miami collector who tried to sell it for $5 million.