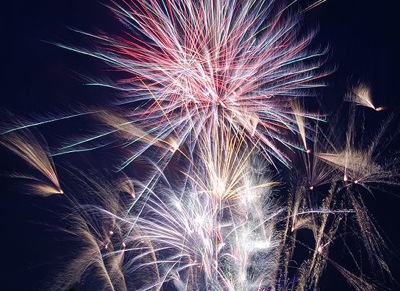 This Fourth of July holiday, an estimated 2.75 million people will make a beeline for the relatively cool and serene setting of Rocky Mountain states like Colorado, a 19 percent increase in travel over last year for the region, according to AAA, in a report that bodes well for the economy but means more competition for camping spots and, of course, traffic (via Boulder’s Daily Camera).

No doubt a few visitors will join locals at fireworks displays, which are a bit harder to find in these days of squeezed budgets. Louisville, just south of Boulder, for instance, has canceled all of its festivities due to lack of funds, reports The Denver Post.

But in Westminster, where 17 employees are being laid off, a $23,000 fireworks display will go off, thanks to the city splitting the bill with Hyland Hills Park & Recreation District. In Thornton, a $31,000 show is scheduled, as is the case with a $30,000 event at Broomfield County Commons Park.

Fort Collins will be lit up, too, albeit in a scaled-down fashion. The display there might have been canceled altogether if it hadn’t been for a corporate sponsorship from Poudre Valley Health System, which is praised in a Coloradoan editorial.