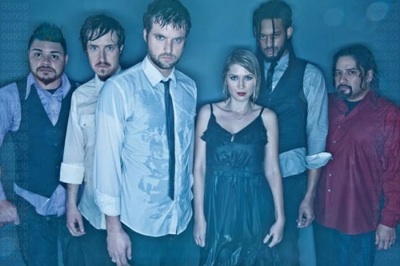 Denver’s local music community is among the best in the nation, according to a new study that ranks Denver higher than Seattle, which spawned a generation of flannel-wearers during the grunge movement of the 1990s (via 9News). Denver gets a 2.33 on the Creative Vitality Index, and Seattle receives a 2.06. The higher the number, the better the scene. And Denver is well above the national average of 1.

“The data from this report confirms what we already know: that Denver’s music scene is hot. With local bands like the Flobots, The Fray, and OneRepublic gaining national attention, unique music festivals like The Underground Music Showcase, and venues like the Bluebird Theater and Red Rocks Amphitheatre, Denver is a great place for performers and music-lovers alike,” says Mayor John Hickenlooper, in a news release.

“The recommendations in this report provide us with the building blocks to help foster this emerging scene.”

There are 2,300 music-related jobs in Denver—more than Seattle or New Orleans on a per-capita basis—and Denver claims 44 music venues and at least 60 mixed-use venues that offer live music every night of the week. Total gross sales for all the venues average a minimum of $2.3 million a night. As Westword notes, “that’s a hell of a lot of PBR and well shots!”

That’s probably why The Denver Post hasn’t had any problems promoting its own Underground Music Showcase, one of the largest indie music festivals in the western United States, which will take place in July.