Throwing It All Out There: Disc Golf 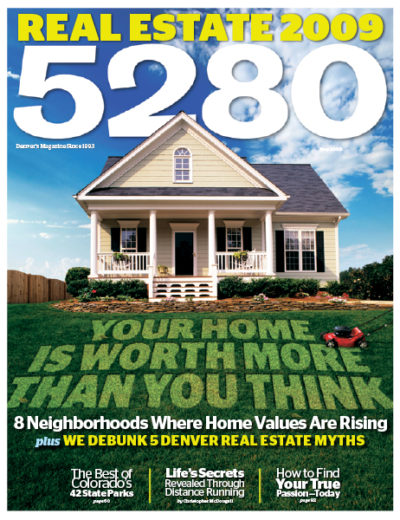 John Bird doesn’t look much like a professional athlete—the thinning gray hair and soft-spoken voice hide the competitive spirit of one of the pioneers of disc golf. “Back in the mid-1960s in California I decided I was disenchanted with organized sports,” he says with a grin, “and I ended up playing throw-and-catch Frisbee—which eventually became disc golf.” What started out as an alternative to group sports in college morphed into a lifelong infatuation—one that he now spends much of his “semi-retirement” relishing.

The Appeal The thrill of competition. Although Bird spends much of his time being an ambassador for the game, he still simply loves to compete. He waxes poetic about the challenge of playing at altitude, where the disc flies differently than at sea level. He has an obvious affection for the tension of competition. Of course, Bird also digs the unconventional, laid-back style of the sport he helped forge. “There’s not a lot of money in this sport yet. It’s not too cutthroat, so we can all still compete for fame and glory—and the trophy.”

The Commitment Bird has had a 30-year love affair with disc golf, setting up tournaments, working with local cities to build courses (thanks in part to Bird, Colorado boasts more than 80 courses—placing it in the top 12 states for number of courses—including the eponymous Bird’s Nest in Arvada), and acting as the state coordinator for the Professional Disc Golf Association. He did this all for the love of the game—until May 2007, when he ended his 25-year career working for the Aurora and Boulder water departments to open Birdie Disc Golf (www.birdiediscgolf.com), a course-design and installation company.

Do It Yourself Disc golf is one of the most accessible sports out there. “For about $100 you can buy a [nice set of discs and a bag],” Bird says, “and most courses in Colorado are free to the public.” He suggests taking a lesson from a professional before heading to the course—you can find pros through local disc golf clubs, such as the Mile High Disc Golf Club, Badco Disc Golf Club, the Northern Colorado Disc Golf Club, and the Grand Valley Disc Golf Club. For more information, check out the Colorado Disc Sports Association.

Brian Richardson doesn’t consider himself a modern-day Indiana Jones, but it’s hard not to draw the comparison. Although Richardson isn’t globe-trotting to find the Holy Grail, he does spend his days chasing down history here in Colorado. As an avocational archaeologist, he ferrets out historic plane crashes and seeks to discover what really happened when these planes went down—often many years ago. “These sites are pieces of history, places that should be revered for their place in time and for what we can learn from them,” says Richardson. The fact that Richardson’s heart lies with aircraft (he’s a program manager for the Federal Aviation Administration in his professional life) comes as little shock, considering his background. Born into a family of pilots, he says he had the keys to the family airplane before he could drive the family car.

The Appeal It’s all about the hunt. Like any archaeologist, it’s the chase that entices Richardson. After months of poring over old flight plans and historic documents, Richardson delights in the opportunity to hike through the mountains or survey the plains for wreckage that may have been untouched for more than 50 years. “I love digging something up and telling its story,” he says, adding that more often than not he discovers that the “official” record of what caused the crash may not be accurate at all. “There are a lot of mysteries out there to be solved,” he says, “and that’s part of the fun.”

The Commitment Each month, Richardson and a band of amateur archaeologists from the Colorado Aviation Historical Society (CAHS) spend time hunting down plane wrecks all over Colorado, both in the mountains and on the plains. Armed with paintbrushes, cameras, metal detectors, and snake gaiters (“because rattlesnakes are our archnemesis,” he says), the crew sets out to find their target site. Sometimes they luck onto something; sometimes it’s a bust. Either way, the group records its findings, which they are using to establish a national database of recorded aircraft crash sites.

Do It Yourself The CAHS archaeology department offers a three-day course ($129) for those interested in learning aviation archaeology. Once you’ve taken the course, you will be “certified” to join the department on any aircraft crash site. The department’s next course starts May 30 at the Rocky Mountain Metropolitan Airport in Broomfield. Visit www.coloradoaviationarchaeology.org for more information.

Catch Mike Richters out among the rows of lavender in rural Boulder County, and you’d never imagine that only a few years ago he was a buttoned-up financial adviser. It was a job he appreciated, but not one he could keep once the idea of opening his own farm leapt to mind. Today, a rumpled baseball cap casts a shadow over Richters’ face as his fingers examine the plants. “When I’m out here I have both a psychological and a physical response to the lavender,” he says. “I’m always looking for that one sprig of green to rub between my fingers.” Richters’ place, a pick-your-own-lavender farm, attracts hundreds of agri-tourists on summer weekends. And that, he says, is another soul-satisfying part of the job: “The people who come to lavender farms are enjoyable people.”

The Appeal Richters’ farm gives him things his old job didn’t: the opportunity to own his own business, the ability to work outside, and the chance to combine his agricultural background (he grew up farming in Nebraska) with his business skills. “But the thing I love the most about this job is the creativity,” he says. “I’m always working to make the farm more beautiful, to come up with new products—I’m even planting a lavender labyrinth.”

The Commitment It wasn’t an easy decision for Richters to quit his day job, but he knew the farm was his real dream. So he learned about growing lavender and then planted 14,000 plants in 2007. Richters will tell you his farm was worth the wait—but he’ll also say his days are long and hard. He fiddles with irrigation, weeds endless rows, and coaxes his plants through frosty winters. Aching back and sore fingers, yes, but every minute he spends on his farm is like a customized aromatherapy session. “The scent absolutely captivates me.”

Do It Yourself Visit Colorado Mountain View Lavender and ask Richters about his farm. To grow your own, consult Lavender: The Grower’s Guide, by Virginia McNaughton and Joan L. Headley.

Thad Roan is a man of few words. Then again, who needs to be verbose when you have photographs—thousands and thousands of photographs? “I call it bridgepixing,” Roan says, as he pulls up another in a long succession of stunning images—all of them of bridges. Big bridges, small bridges, bridges in the day, bridges at night—every manner of span captivates Roan, who has been a fan of the structures since he was a kid living in the New York City area. Back then, Roan watched as workers erected the Verrazano-Narrows Bridge—then the longest suspension bridge in the world. Today he attributes his “obsession” to that spectacular structure.

The Appeal Part of Roan’s goal is to photograph as many of the old, historic bridges as he can before time takes its toll and the structures disappear completely. “But my bridgepixing is also about the location,” he says, recalling time spent at the Sydney Harbour Bridge in Australia. “Bridges are often in pretty places—and seeking them out takes me off the main road, gets me to slow down and smell the roses.”

The Commitment “I’m not an engineer, and I’m not an architect,” says Roan, who owns a photocopying business in Littleton. “I just love the way bridges look.” It’s that simple pleasure that has led Roan to all 50 states and more than 20 countries in search of new bridges to capture. Roan travels for eight weeks per year, each time with a bridge in mind. He then spends hours photographing the bridges from every possible angle. The self-taught photographer returns from his expeditions and shares the spoils with his circle of bridge-loving friends using Flickr (group name: Bridges and Tunnels) as well as his own website, Bridgepix.com. “This passion didn’t happen overnight,” says Roan, “but now it happily takes up a large part of my life.”

Do It Yourself Need a photography primer or refresher? Check out the architectural photography classes at Working With Artists Photography School. When you’re ready to shoot, Roan suggests Colorado bridges such as the Red Cliff Bridge near Vail, the Maroon Creek Trestle near Aspen, or the Speer Boulevard Bridge (above) in Denver.

Monique Merrill used to be just like everyone else when it came to food—she ate what she wanted and rarely read a label—until she happened upon a health-food store in Breckenridge called Amazing Grace in the late ’90s. The store spoke to her, mostly because the grocery reminded her of how she ate as a child. “I grew up overseas in places like Africa, Asia, Indonesia, and the Philippines,” says Merrill. “You literally ate out of the backyard. So finding this place that had locally produced, all-natural foods grabbed me.” The place so appealed to her that she began working there, taking food rather than a paycheck. After years of working the aisles at Amazing Grace, Merrill purchased the store in 2001.

The Appeal Beyond the simple health benefits of owning Amazing Grace, Merrill says she loves that she’s part of Breckenridge’s small business community. “Although I sort of fell into this, I like giving something back to my community, giving the town a gathering place and the opportunity to eat healthful meals,” she says. Since Merrill purchased the store, she has changed the format from straightforward grocery to grocery/restaurant, where she serves healthy breakfasts, lunches, and veggie and vegan dinners on Saturday nights.

The Commitment “I didn’t know much about natural and organic foods and herbal supplements when I started working here,” she says. “Someone would come in asking for devil’s claw root and I’d say, ‘What’s that?’?” Now, Merrill can clarify the different degrees of organic foods as well as give an in-depth explanation about how the shaky economy is affecting the products she stocks. More than anything, though, Merrill loves running Amazing Grace because she wants people to know they can eat well, that healthy food can taste good, and that buying quality products can be done affordably.

Do It Yourself Merrill suggests shopping as much as possible at Denver’s farmers’ markets. You can also subscribe to Door to Door Organics, a local company serving Denver and Boulder, for weekly organic produce deliveries.

For a hands-on experience with Earth-friendly eating, take a class at Evergreen’s VeganCooks, which teaches techniques for vegan cooking.