If you tried to come up with the consummate Colorado couple, you could do worse than Jeremy Horgan-Kobelski and Heather Irmiger. The Boulder residents make their livings riding mountain bikes for the Subaru-Gary Fisher Mountain Bike Team. Horgan-Kobelski—tall and lean with thighs like tree trunks—is a seven-time national champion. Irmiger—pint-sized with sun-kissed cheeks—was the second-overall finisher in the 2006 national series. If that weren’t enough, both were recently named to the 2008 Olympic qualifying team; if they both make the cut, they would be the first married couple in the history of Olympic mountain biking.

But today, sipping tea at their neighborhood coffee shop, the two are a bit out of their element. They’re not talking about carbon-fiber bikes, or VO2 max measurements, or their top competitors. Rather, they’re talking about romance, a topic they’re clearly intimate with, given their rapid-fire, tag-team dialogue. 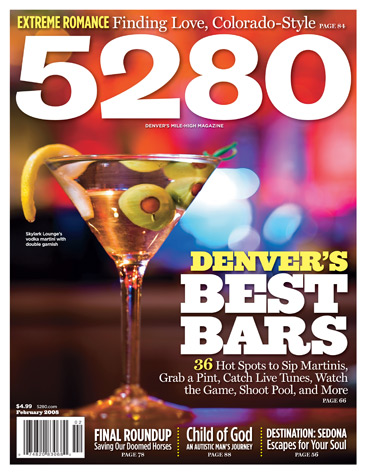