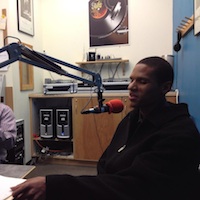 When our readers last heard from Gary Flakes, he was standing at the start line of a 5K fundraiser. He looked a little out of sync wearing dark slacks and dress shoes in a sea of Lycra and windbreakers. He was standing alone, as he often has. First as a youth sentenced to prison in adult court and, now, as a civilian running for a city council spot in Colorado Springs. So, how did this felon turn public figure?

In Direct Fail (December 2011), I chronicled Flakes’ story, along with several other youth offenders, to examine why Colorado was just one of seven states in the country where district attorneys could unilaterally decided when to criminally prosecute kids as adults, a process called “direct file.” (In the months following the article’s publication, Colorado dramatically changed its “direct file” policy.)

As a youth, Flakes had been convicted of two counts of accessory to murder and one count of criminally negligent homicide for his part in the Valentine’s Day murders of two Colorado Springs boys, 15-year-old Scott Hawrysiak and 13-year-old Andrew Westbay. (Flakes says he was driving that night when his passenger got out and shot the two children.) He spent more than a decade in jail, and, upon his release, began working as an advocate with the Colorado Juvenile Defender Coalition to change Colorado’s direct file policy, which is why he was standing at the 5K’s start line. 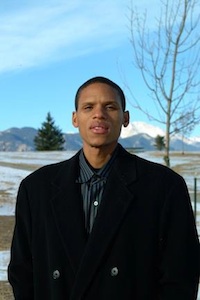 In the time that I’ve known Flakes, one concern seems to dominate his actions: his legacy. He once told me, “If someone harms your family, you’ve been created to have that anger and do something about it. I understand that. I don’t want them [the victims’ families] to feel anything different than they want…. They got every right—I mean, a right. The legacy that I’m going to leave is going to have to be—and it is going to be—a good one. It’s going to far outweigh this right now, what I’m known for.”

That’s why I wasn’t surprised to learn that Flakes is now running for public office. (April 2 is election day.) He’s hesitant to talk with the press, but he spoke with me in February about community, struggles, and why he decided to run.

5280: What have you been doing since we last spoke?

Gary Flakes: I’ve continued to still be involved in the community. Still doing a lot of community things. I just wrapped up things with some elections here and voter registration. I’m still mentoring, and now I’m now running for city council.

GF: To show youth no matter what your past has been, you can still make something great out of your life.

5280: What has the community’s reaction been?

GF: It is definitely mixed. But on the southeast side of Colorado Springs, each day I’m out, I’m getting someone to tell me to keep going.

GF: I knew that we would need someone who would truly represent this district. …The people have access to Gary Flakes. The youth that I see hanging around with nowhere to go. I think I would be someone at the table for them. Not just diversity on skin tone, but on mentality. That’s why I’m running for city hall.

5280: You’ve campaigned on topics like jobs and community. Why?

GF: I do know that we have to have someone down there that understands the struggle. My vision is for us to partner with the Pikes Peak Workforce Center. What are employers looking for? What’s needed? And then create workshops to fill those positions. Everybody needs to work together.

My other component is definitely community involvement. Town hall meetings. Getting out there. For people that are struggling, to lift them out of the struggle. If you’ve ever been down and you see other people struggling, and you know you have the mind to help people, that’s the reason you should run.

5280: What would you say to people who don’t want you to run because of your past?