It’s Saturday morning and you’re still rubbing sleep from your eyes when your cell phone rings. It’s your real estate agent. You exchange a few pleasantries before he gets to the point: Are you interested in selling your house? It’s an odd question, considering you haven’t told him you’ve even thought about putting a sign in your front yard. And, in fact, you aren’t planning on selling—until you hear his pitch. Put your home on the market now, he says, and you could make a killing. This bizarro scenario—real estate agents contacting former buyers to find out if they now want to sell—is playing out all over Denver and across the Front Range. Why? One simple reason: There aren’t enough homes on the market.

Not long ago, real estate in Denver was in the weeds. In January 2009, the average home price in the Mile High City hovered around $225,000, a 30 percent drop from the market’s peak in June 2007. Homes listed on the lower end were hit even harder, dipping by closer to 40 percent. But this grim picture is now history; in fact, Denver home prices have almost climbed back to their ’07 highs. And though the days of dialing a mortgage company and being approved for a no-doc loan are long gone, Denverites—and wannabe Denverites—are actually looking to buy homes: The number of houses sold in the Denver metro area in 2012 jumped 17.5 percent from 2011.

The catch? Per capita, there have never been fewer homes for sale in Denver. Why potential sellers aren’t selling is anyone’s guess. One theory suggests homeowners simply don’t realize that in the past year or two, their houses have appreciated by 10 to 20 percent—and sometimes more. Whatever the reason, the supply and demand of housing in Denver is out of whack—there are plenty of buyers, but almost no sellers. This is, of course, a potentially lucrative situation if you’re in the latter camp. “We probably have the strongest seller’s market we’ve ever had,” says Charles Roberts, co-owner of Denver’s Your Castle Real Estate. “Yet lots of people still don’t know about it.”

If would-be sellers realize how good the market is for them right now, come summer, Denver housing should see solid prices, quality buyers, and a healthy inventory. If the number of available properties remains low, however, bidding wars could inflate prices across the Front Range and once again create skyrocketing appreciation rates. For now, forget all that. If you’ve put off even thinking about selling your home since the market crashed, it’s time to focus, strategize, and (hopefully) capitalize on this seller’s utopia.

Correction: In this story, we reported that there will be 500 homes spread across 1,700 acres in one of Stapleton’s new development areas. In actuality, the first phase of Conservatory Green will include 500 homes that occupy about 120 acres, and more homes will be added later throughout the 1,700-acre area. 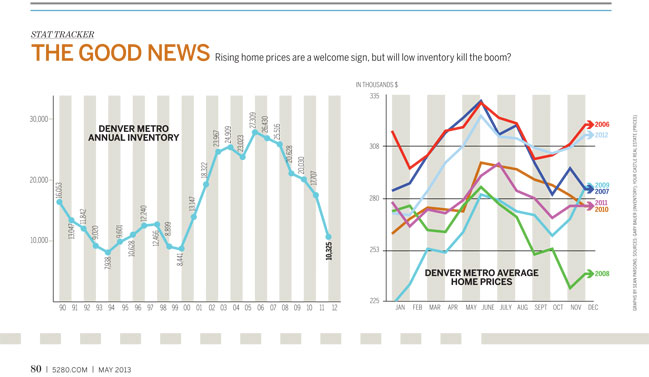 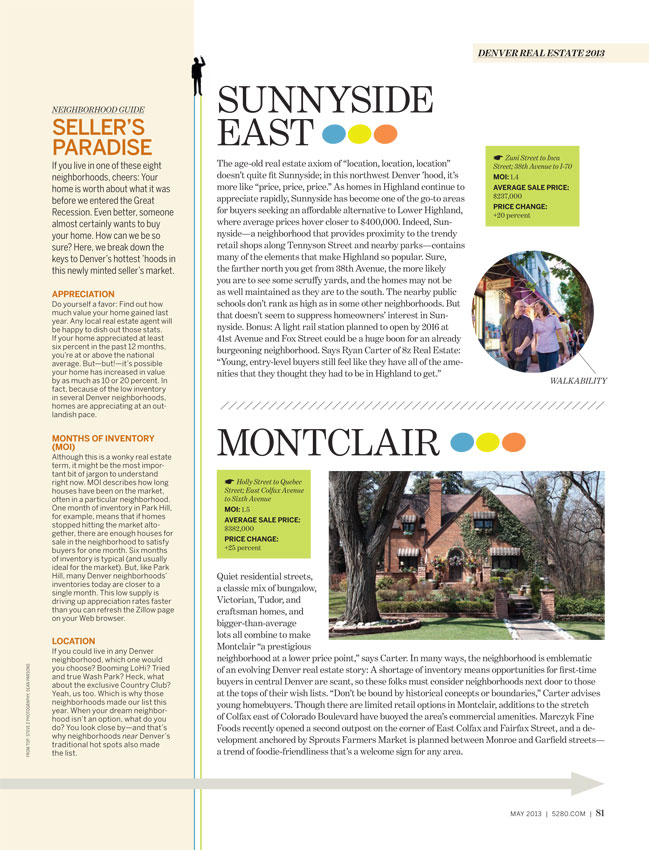 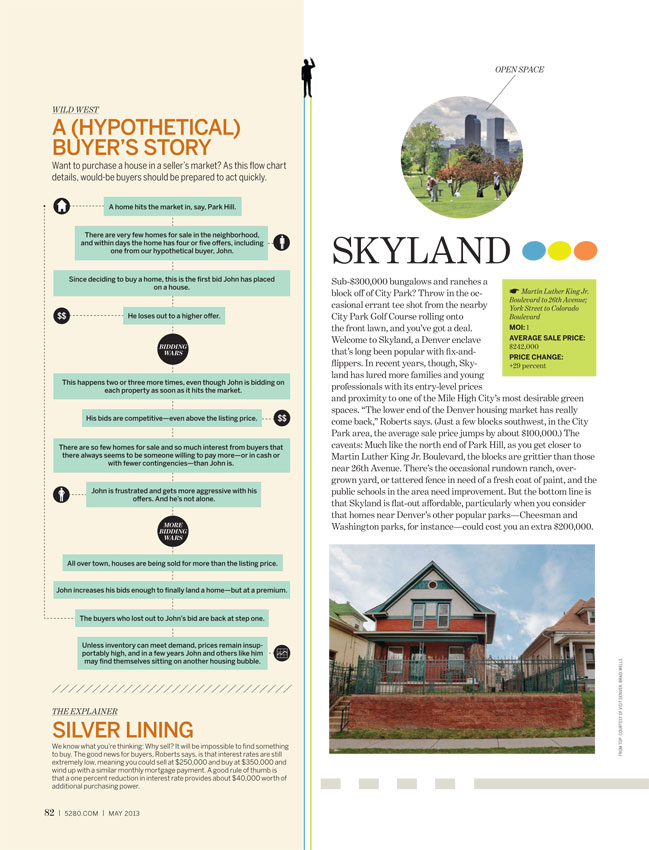 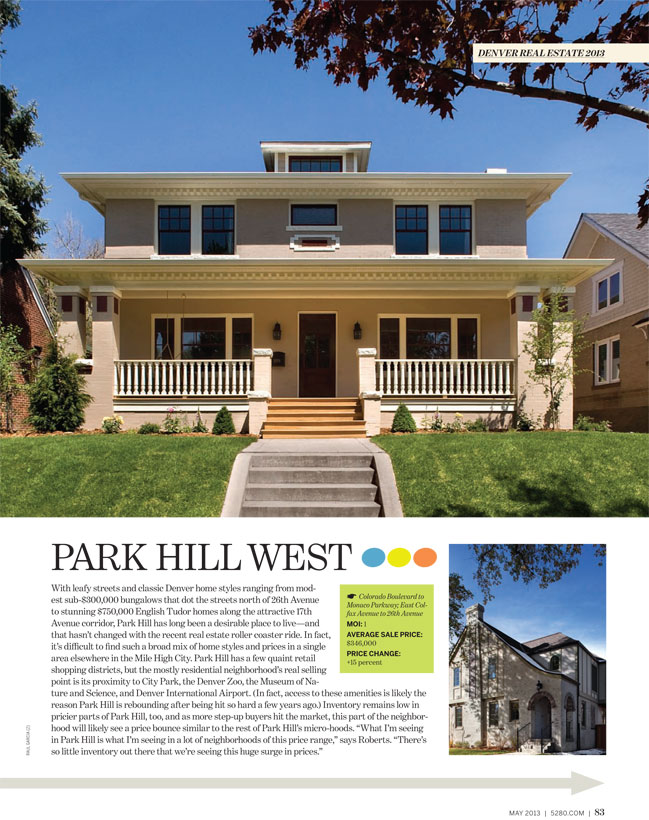 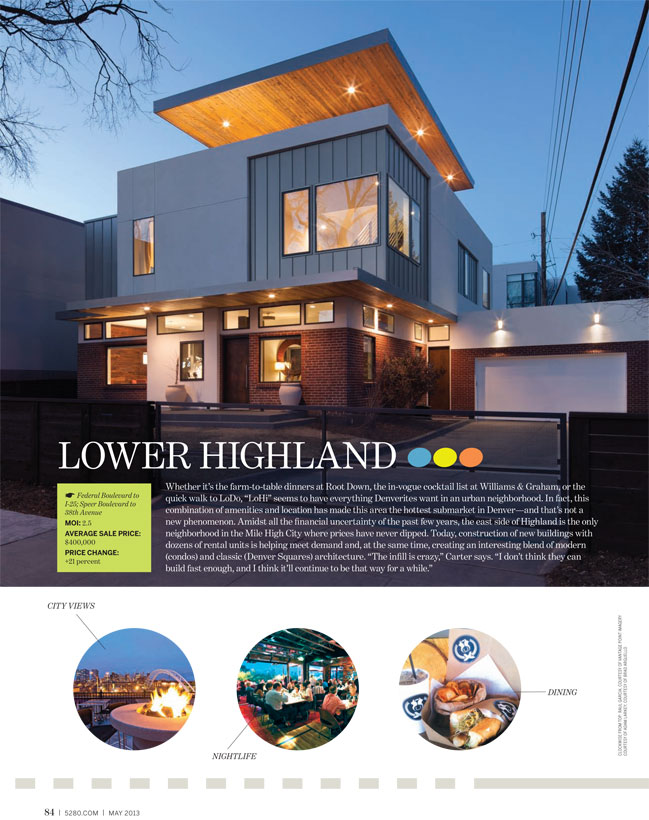 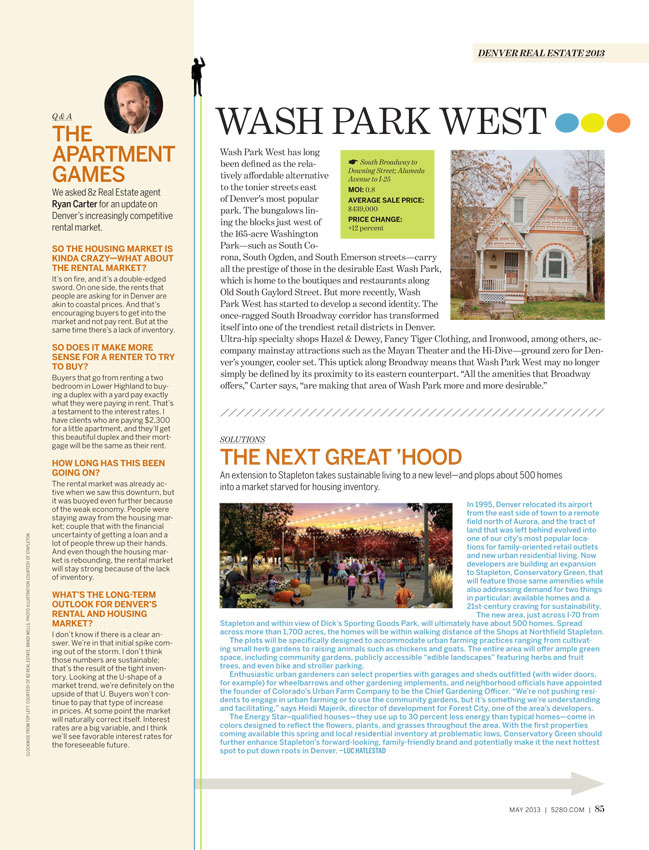 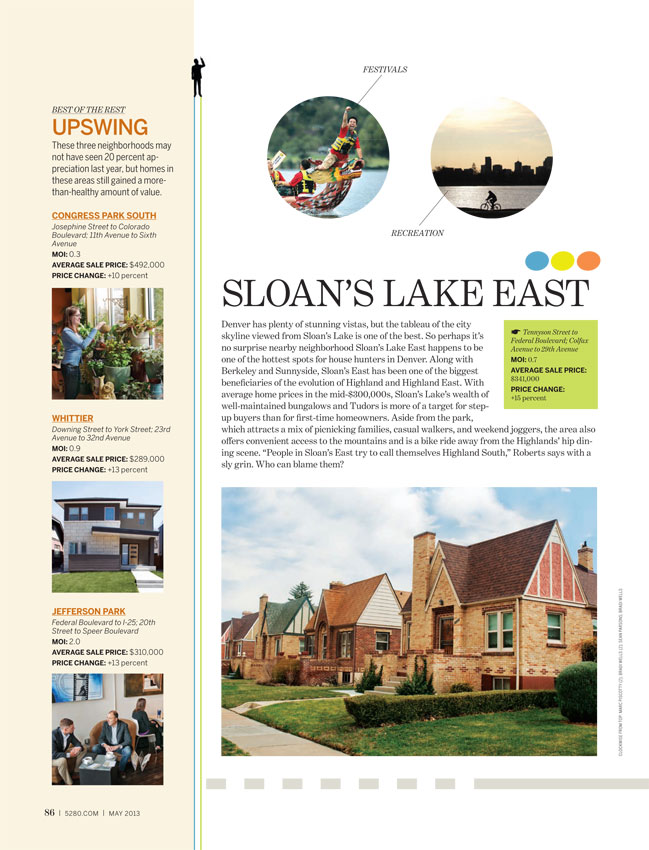 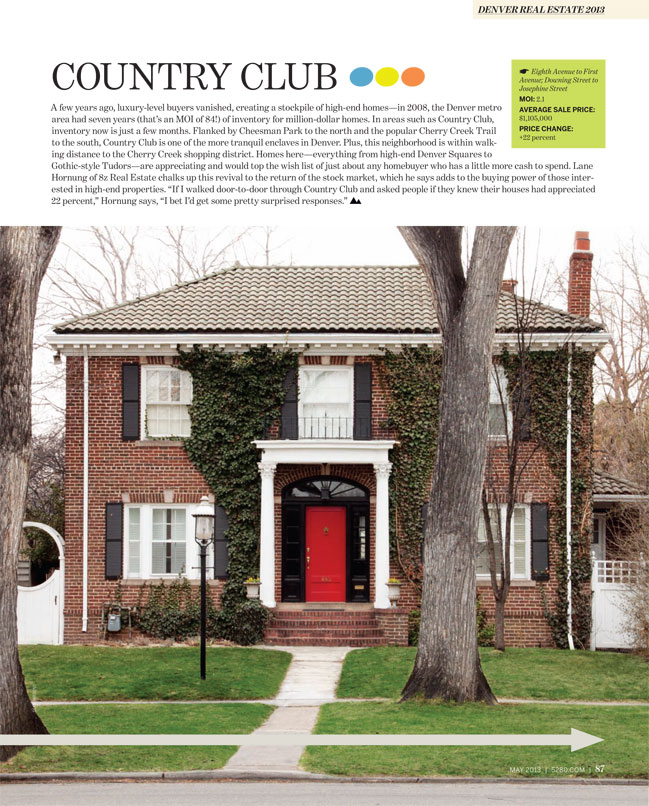