We’ve told you again and again: It is time to pay attention to the University of Denver’s men’s lacrosse team. Sure, the team has been tearing up turf in the Mile High City since 1966, but the team really became a persistent national threat when legendary coach Bill Tierney (he’s already a lacrosse hall-of-famer) moved west for the 2010 season. Since then, the team has gone to the NCAA tournament consistently, including a Final Four appearance in 2011. After a 19-14 first-round tourney win against Albany on home turf last weekend (see picture below), DU heads to Indianapolis for a second-round game on Sunday against North Carolina. Do you have your crimson and gold gear ready? —Natasha Gardner

Photographers: Have a great shot of something happening in Denver or Colorado? Send it or questions to submitaphoto@5280.com. 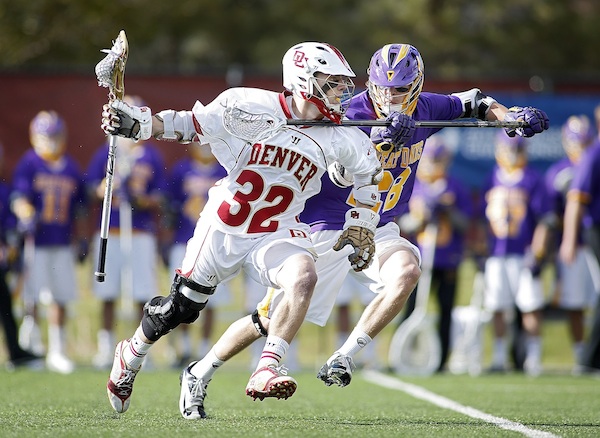