Designer Laurel Quint of Laurel Quint Interior Design is known for her ability to mix Western design with surprising hints of East Asian style. Her signature look grew from her work designing residences both in Colorado and in China’s biggest cities. (What began as a single gig decorating the home of a Chinese national—who picked her portfolio from a stack of American designers’—has become a steady stream of projects abroad.) “Asian style, on its own, seems a bit pretty and precious; Western on its own seems cumbersome and unrefined,” she says. “But combine the two, and it’s such a balance of yin and yang. They play off each other to give form and style that seem more interesting.”

As this loft in LoDo’s Wynkoop Mercantile Lofts building proves, Quint’s approach to design feels right at home in Denver. We sat down with the designer to find out how she does it. 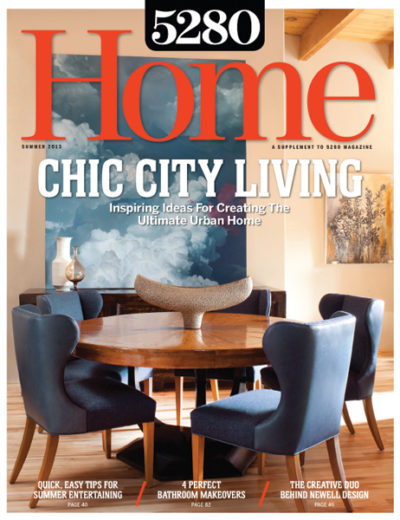 5280: The Wynkoop Lofts were first developed more than 20 years ago, but this space is new for your clients. What did you change?

Laurel Quint: Overall, we needed to rethink how to use the loft space to make it more workable for the homeowners’ lifestyle. They are a couple with no kids who love to entertain, and they wanted a home that responded to that desire.

The first thing they wanted was a new master bath. The existing one had a small shower, no bathtub, no storage—it was boring. So I combined the original space with a large walk-in closet to create a more functional bathroom and introduced a mixture of beautiful finishes—like travertine marble tiles and teak cabinetry—to elevate the design.

Next came the kitchen, where we kept the cherry cabinets, redid the counters and tile, and reconfigured the shape of the island to make a second informal dining spot where they could enjoy breakfast.
When we finished the kitchen, they said they needed a sofa and coffee table and rug, and the project just progressed from there.

5280: Tell us more about the furniture and how you created these intimate spaces.

For starters, I selected a round walnut dining room table that expands to a large oval so they can host intimate dinner parties or comfortably seat 12. Then I set up several conversation spots. In the main living area there’s a large sofa where the two of them hang out when it’s just them. Right behind that is a grouping of two slipper chairs and a settee, and at the loft’s entrance, two deep-set leather chairs are perfect for intimate conversations or reading. That area also sets a gracious tone when you first enter
the space.

5280: What about establishing a design style? What drove the aesthetics?

It’s hard to ignore the bricks, beams, and inherent architecture of historic buildings because they have so much character. But lofts are also very contemporary, so we went with a Colorado-modern idea and selected furnishings that were modern but not too hard-edged. The first thing we picked was a clean-lined sofa upholstered in blue denim. The color was meant to calm down the brick.

5280: And then you added a few Asian-inspired touches.

Absolutely. In fact, I immediately saw the delicacy of Asian design as the perfect foil for the overwhelming architecture. In the master bathroom the cherry-blossom tile mural and teak-veneer vanity make a clear Asian statement. There’s also an old Chinese buffet in the dining room, and the rug under the living room sofa is designed to resemble a Japanese sash, called an obi.

5280: Can you reveal your secrets for blending these two distinct styles?

Asian design elements are often subtle, but they can easily offset much stronger features. For example, in the master bedroom, the wrought-iron bed [from Ironies] is forged to resemble bamboo and the window-covering fabrics are a tone-on-tone lotus blossom pattern. That simple combination is enough to take the edge off the more demanding elements in the rest of the room. Asian design is a lot like Chinese culture; everything is quietly stated, but there’s incredible strength and power behind it. 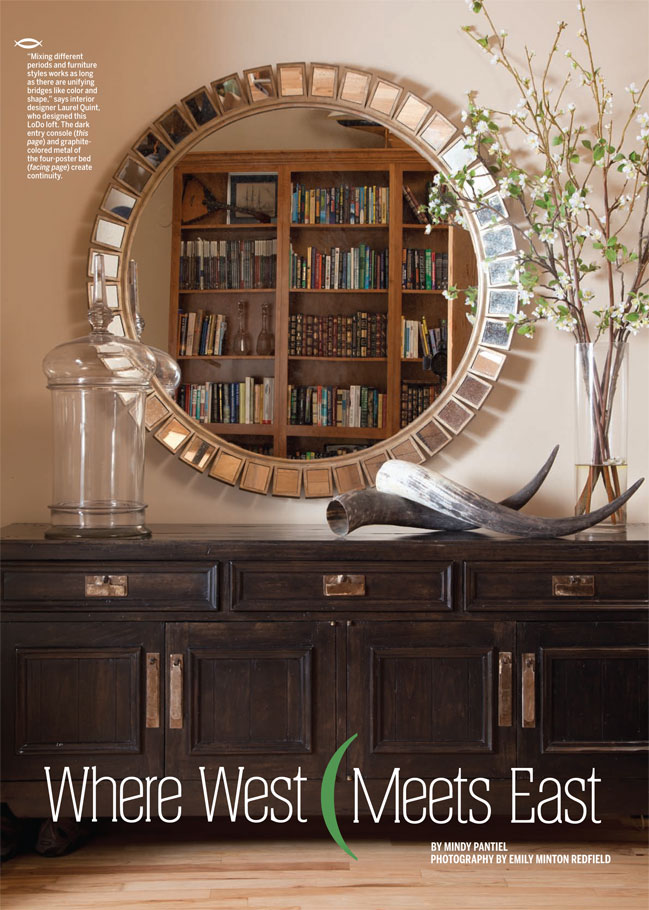 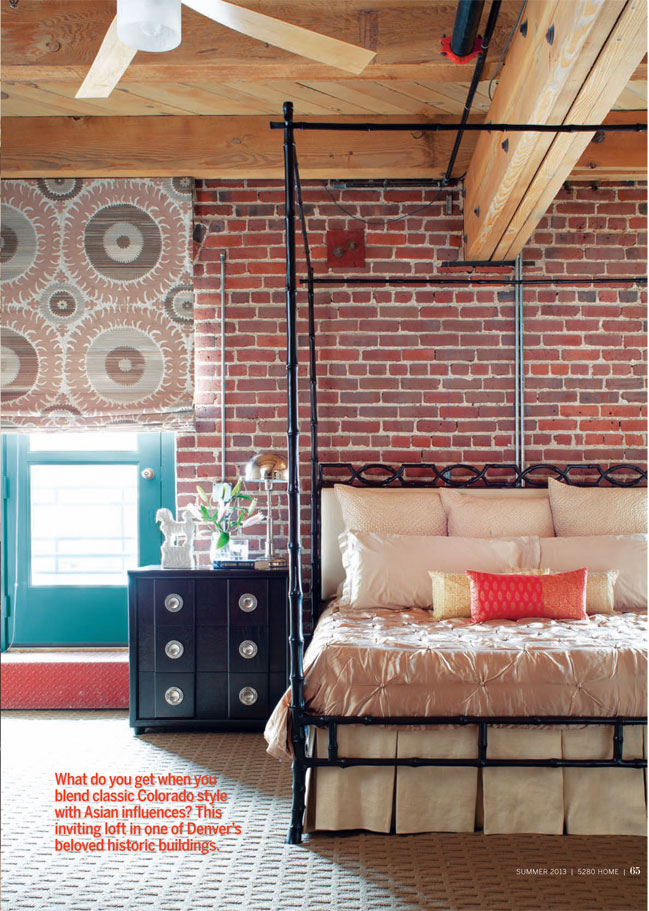 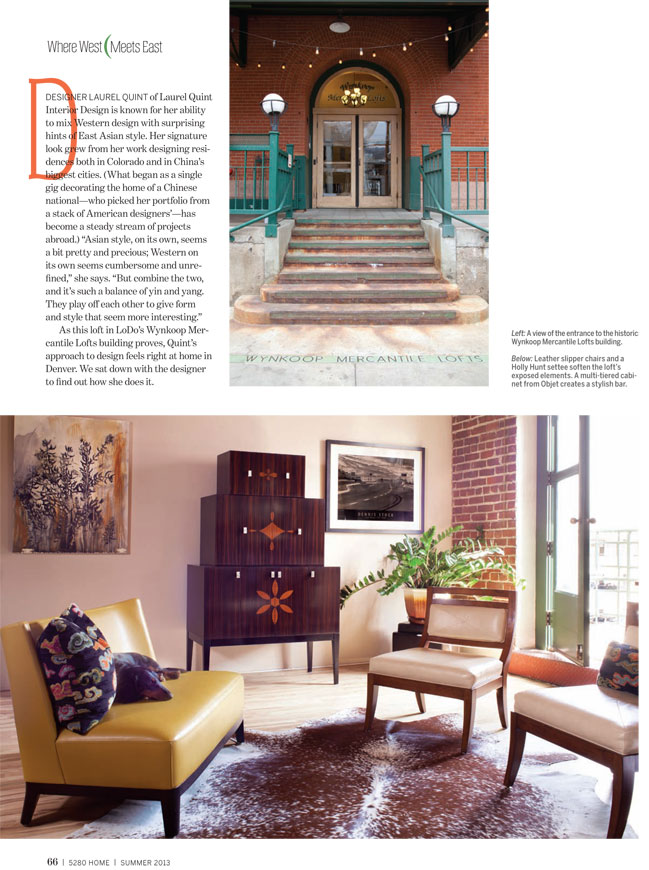 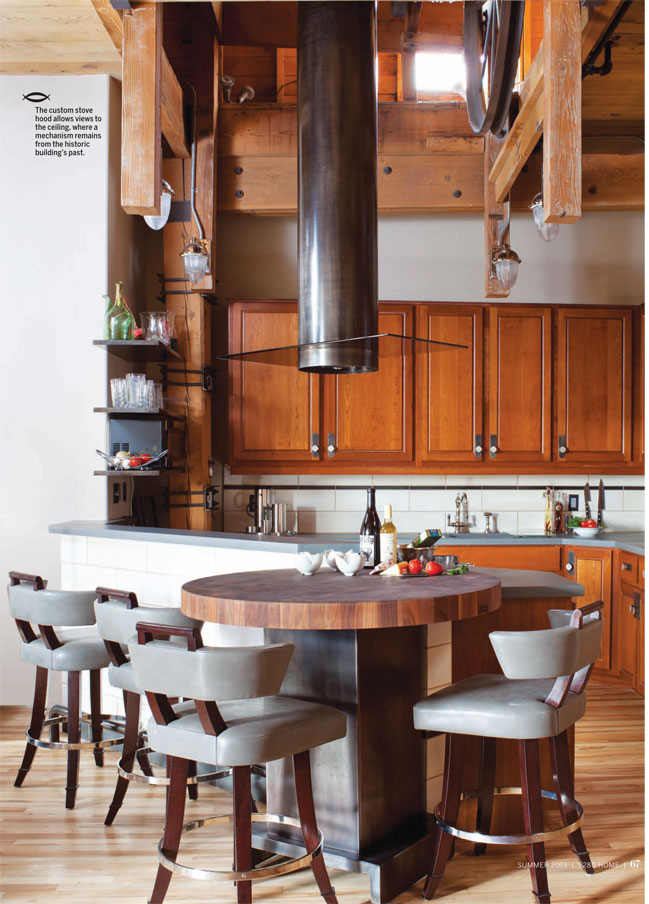 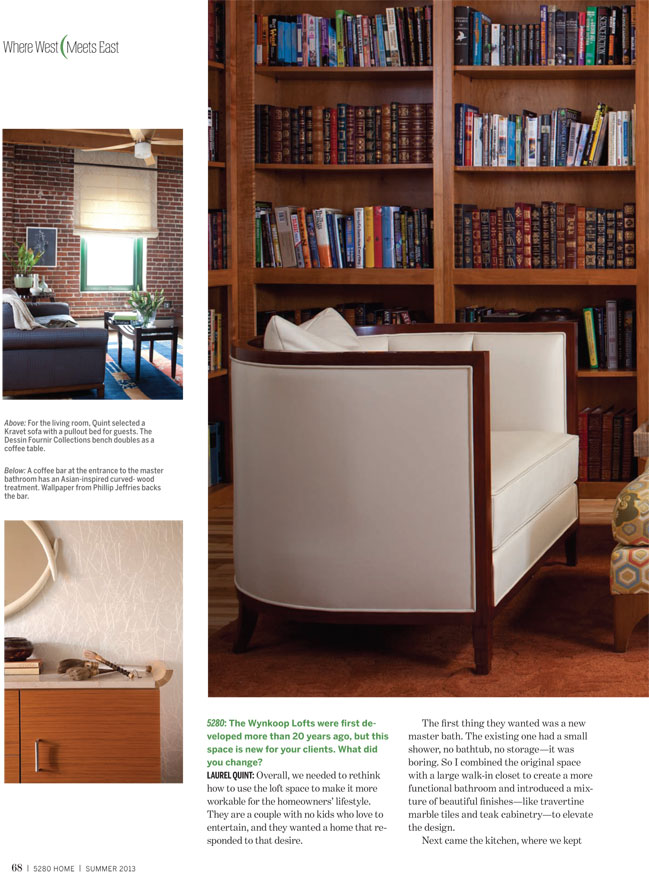 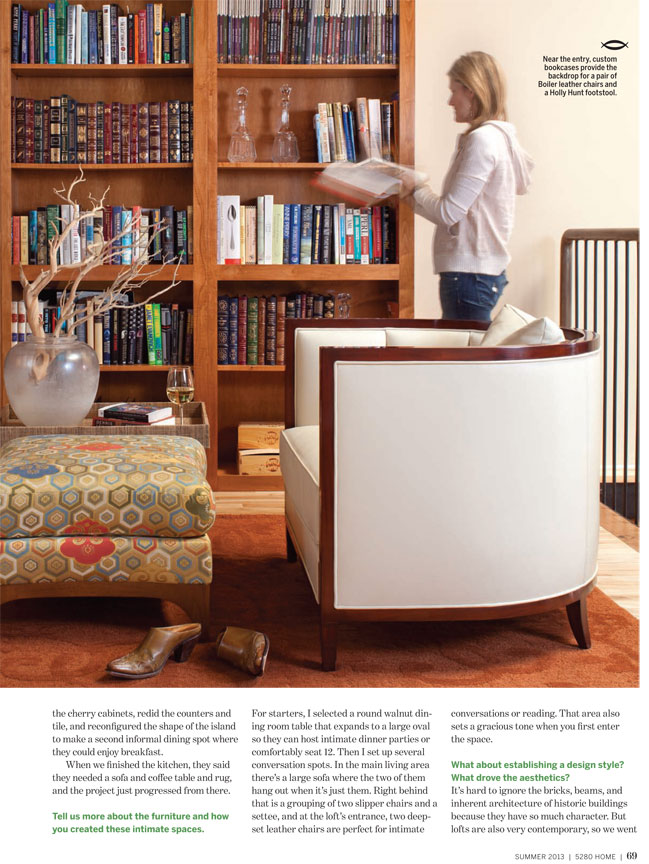 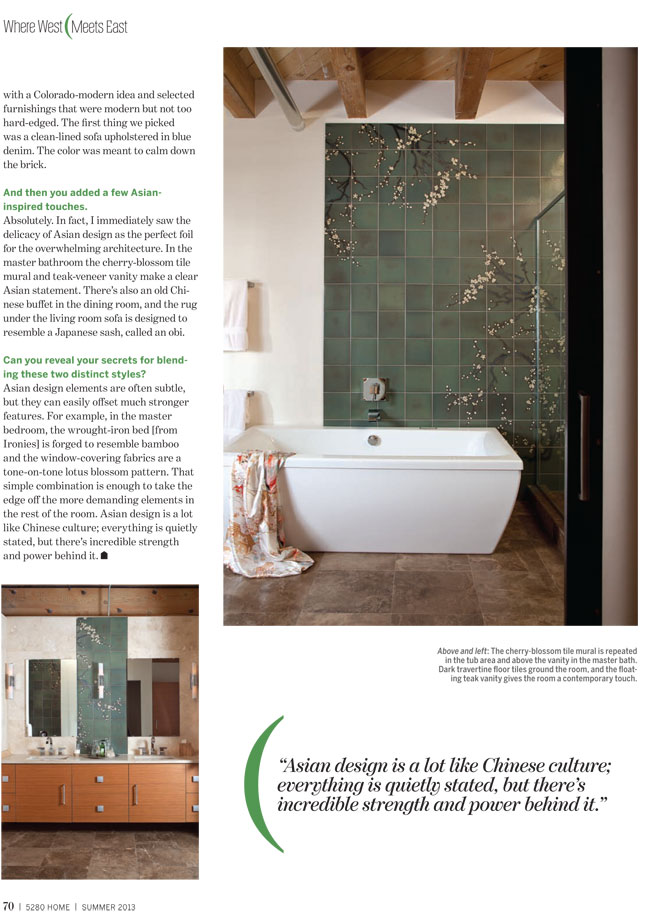 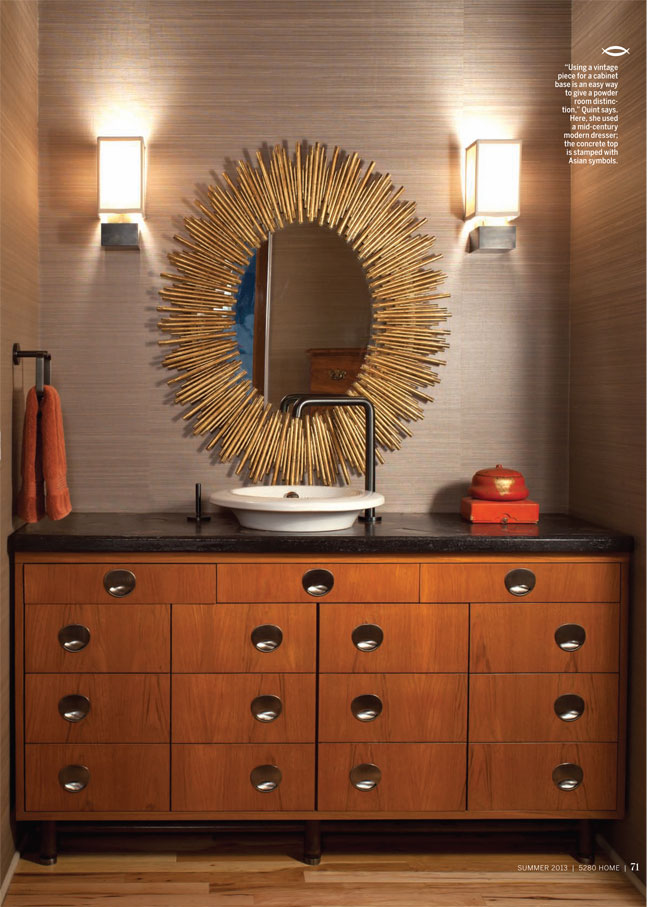