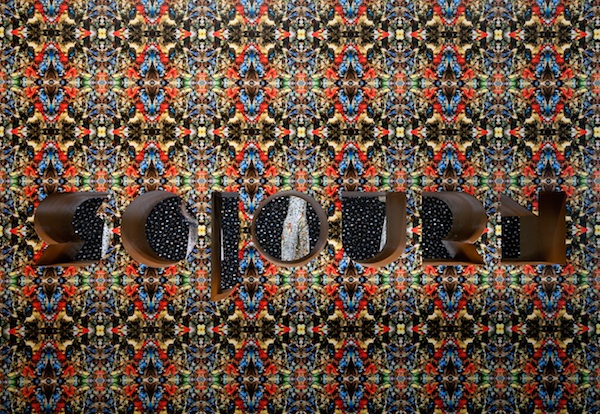 Spoiler alert: There’s a reason we picked a Denver Art Museum exhibit for Top Art Show in this year’s Top of the Town (on newsstands now). Programs like Becoming Van Gogh and Yves Saint Laurent: A Retrospective keep us coming back to the museum time and again. The DAM’s latest opening is no exception: Nick Cave: Sojourn is a multisensory experience unlike any other. The Chicago-based contemporary artist is best known for his Soundsuits—more than 20 of which are on display in this exhibit—which can only be described as other-worldly wearable textile sculptures. Click through for a behind-the-scenes peek at the show (soundsuits, mixed-media sculptures, and more) with commentary from Cave. And be sure to go see it (through September 22): Cave’s imagination is a whimsical, talented land that begs you to immerse yourself.

(All images courtesy of the Denver Art Museum)

Based around a found planter, this “baptismal” piece is your first encounter with Nick Cave upon entering Sojourn. It’s “very baroque,” Cave says. “I created this other world.” The name of the exhibit itself? “Everything is temporary. It’s how exhibits operate,” Cave says. “But what’s temporary can be very impactful and meaningful and huge.” 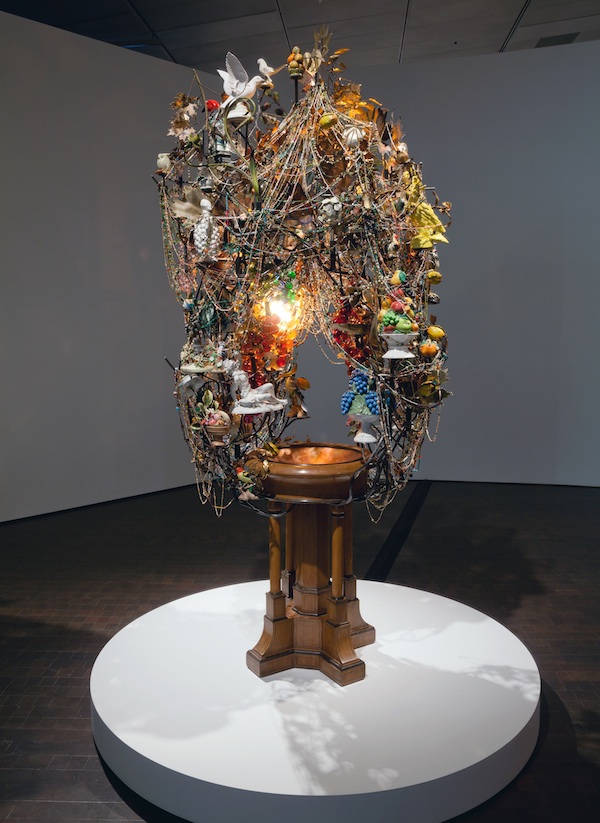 Cave “considered the room as part of the installation” by crafting a wall made entirely of shell buttons affixed to fabric. It sets the scene for a “collection of white clinical forms,” 11 in total, constructed by covering mannequins in metal and chicken wire and then draping them with an assortment of materials. Trivia: The quilted plaid form toward the back is made up of leftover fabric from designer Nicole Miller.

Cave describes this circular constellation wall as “what it was like for me and my brothers on the farm, looking up at the sky.” The detail in the fabric becomes more pronounced the closer you are to the piece. The sculptural form is meant to embody the tree of life. Birds and figurines are enshrined throughout, creating a “migration hub.” 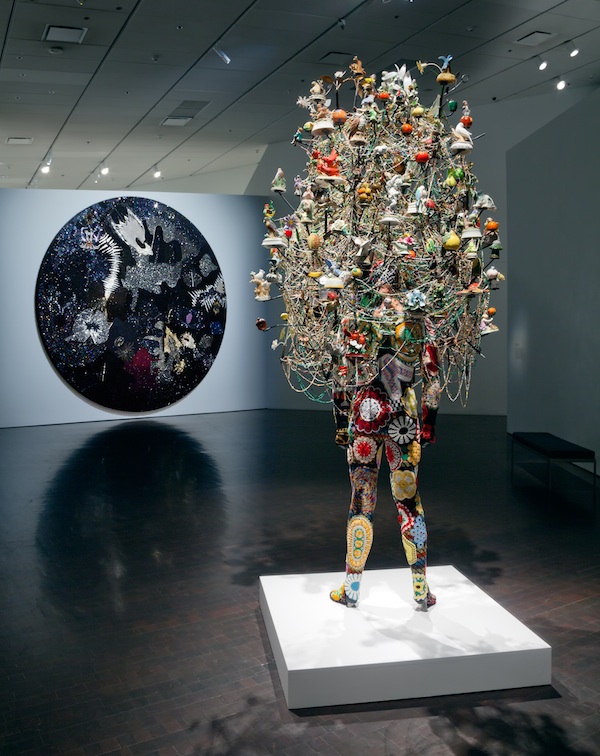 Cave’s new body of work features reclining/sitting dogs—all found at flea markets, antique malls, secondhand stores, and the like—shrouded in webs of other found objects. The idea: “A dog knows he can’t sit on the sofa, but he’s the boss of the house while you’re gone,” Cave says. “It’s about loyalty and protection.” The pieces, then, frame the animals’ existence in this kind of secret world. They’re adorable and relatable while still maintaining the ever-present aura of fantasy. 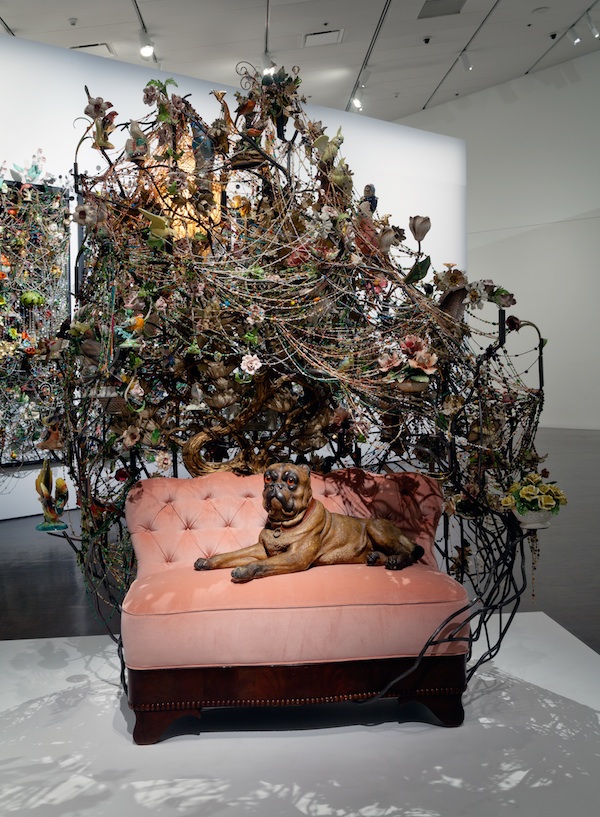 Finally—don’t worry, I left plenty of surprises for you—we reach the room of Soundsuits. Cave calls it “the island that all of these sculptural forms exist in and habitate within.” Look at the one on the right, with its head surrounded by globes. “He’s a one-man band,” says Cave. “It’s also what my head head feels like most of the time.” The artist and his team used various materials from around the globe—real hair, fabrics, found hats and bags, shoelaces—to create this alternate reality. 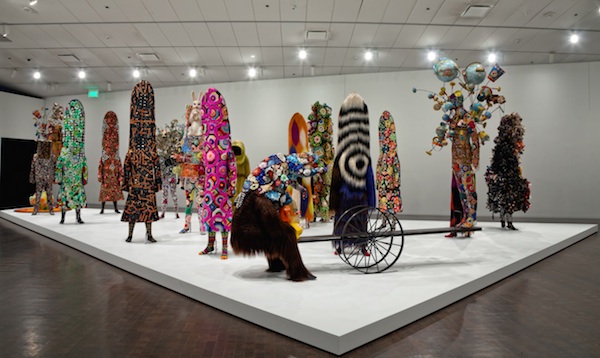 Visiting with kids? Don’t miss the “Second Skin” interactive area across the hall from the exhibit. Creative youngsters can craft their own designs by attaching colorful felt pieces to black Soundsuits affixed to the wall and play around with inflatable punching bags with Soundsuit images. 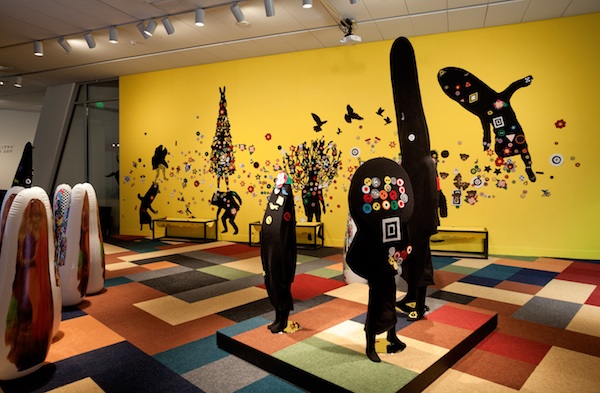