The three most accident-prone intersections in Denver during the past three years:

Trying to make a left onto Mississippi while traveling south on Santa Fe can be a nightmare—there’s only a single left-turn lane, and it can be difficult to maneuver into the correct slot at this busy intersection. The result: Cars often crash while trying to make a left at the last minute from the wrong lane. To help, the city has installed new, larger traffic signals that include longer yellow lights. When funds become available, the city plans to rebuild the intersection.

The crosswalk at this intersection gives pedestrians about 30 seconds to make it across the street. Apparently that’s not enough time, as five percent of the accidents here involved people on foot. Later this year, the city is scheduled to upgrade the signal, which will increase the crossing times.

A high number of accidents at this intersection involve cars colliding into oncoming vehicles while attempting to turn left from Park Avenue onto I-25. Years ago, the city installed a traffic signal with a left-turn arrow. However, this spot still gives drivers trouble. 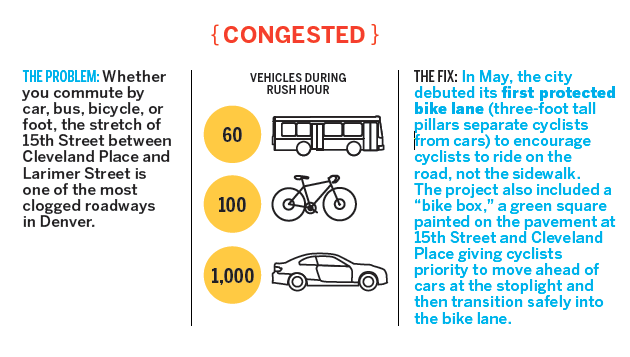 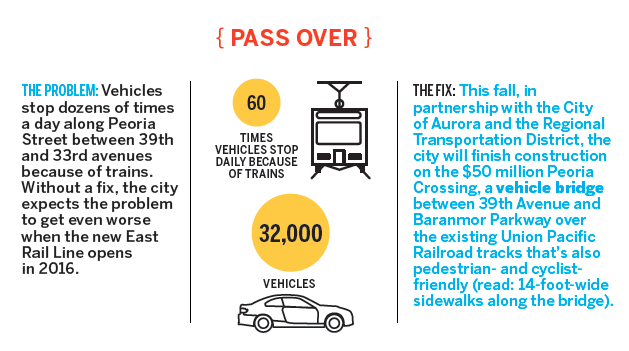 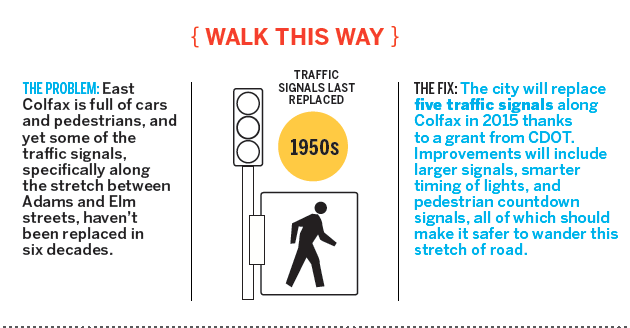