Growing up as a 4-H kid in Castle Rock, Beth Malone says she always felt out of place on the ranch. She’d watch planes flying overhead and dream about the big cities they were headed to and the day she’d board one en route to the spotlight. Starring this fall as a local legend in the Denver Center Theatre Company’s The Unsinkable Molly Brown (opening this month), Malone, now an established actress, has found her home onstage.

What sparked your interest in acting?

My mom used to take me to plays at the Denver Center. I remember seeing Maureen Stapleton in Arsenic and Old Lace and Picnic with Rue McClanahan—these old touring productions. I would always leave completely mesmerized and dizzy from the experience.

Your first job was as a hostess at the Country Dinner Playhouse in Boulder. How did that experience contribute to your dream of becoming an actress?

Did you expect to get the role of Molly Brown?

I’m not Megan Hilty; I’m not Sutton Foster; I’m not Idina Menzel; I’m not any of those names that would be nominated for best actress at the Tonys. I’ve gone about being a theater actress in a completely different way than people who move to New York and audition. I’ve spent a lot of time in Snowmass, and that’s been an amazing distraction from the business. So I didn’t
really think that I was in the running for the part.

Is it a challenge to take on someone else’s persona? How do you get in the right mind-set?

Molly Brown was a historical person. She’s a real human. So I’ll dive into every word ever written about her. It may or may not translate to anything directly onstage, but it’s a helpful arsenal to have. There are going to be moments in that rehearsal where things come to a halt and people are out of answers or there’s an equation that somebody can’t quite solve. If I have an idea because of something I read about her, it texturizes her. I love that kind of work.

If you could pick a role to play, which would it be?

My career has never been as magical and satisfying as it is right here, right now, in this moment. The fact is, I get to play Molly in The Unsinkable Molly Brown. I can’t really think of anything better than that. Especially with the way the script is being refueled. And then I get to play Alison Bechdel in Fun Home on Broadway in the spring. So my real life is so much better than any imagined life. I sound like effing Mary Sunshine saying that, but it’s not always like this.

5280.com Exclusive: More questions from our conversation with Beth Malone.

She’s all heart. Her heart is what got her involved in the mines—she cared about her friends who were miners. It wasn’t this political move. But she was sort of enamored with the spotlight; she didn’t shy away from being the center of attention at all. She’s a complicated, real-life human being, so there’s so much material there to work with. And yes, I just described myself basically. I am a smart person, but I can sometimes get myself into situations because I lean in with my emotions first.

Do you have any preshow rituals?

I become neurotic when I get stressed out. I start thinking, “Well, I have to eat this much protein and this many carbs at 5 p.m., and then I can’t eat again until after the show. And I have to have gone to the gym at 10 a.m. and napped at 2 p.m. and eaten at 5 p.m. and then start warming up and getting my stuff prepped at 6:30 p.m.” As the show goes on and I know that I’ve got it, then I loosen up and act more like a human being. 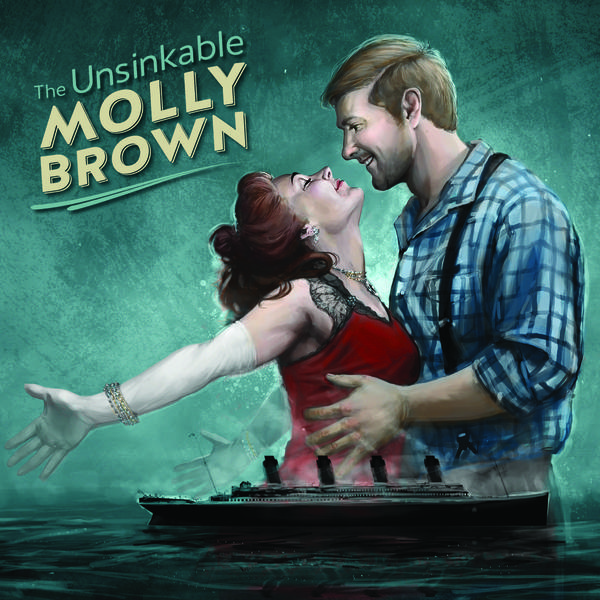 What: The Unsinkable Molly Brown—the true life story of Molly Brown, a rags-to-riches Denver socialite who survived the 1912 sinking of the Titanic