Nashville may be known as Music City, but in my mind the honor goes to Denver: On any given night there’s a wealth of shows to choose from, it’s near Red Rocks and Madison House, and above all, it’s home to Rocky Mountain folk. In fact, it was music that drew me to Denver, first as a jumping-off point for the Telluride Bluegrass Festival, and eventually to see multiple-night runs at the Ogden or the Fillmore. When deciding to make a permanent move this January, I was driven as much by the prospect of incredible shows as I was the weather. Sorting through 5280’s calendar, however, can prove a daunting task for the casual music lover. That’s where this column comes in—it’s an attempt to curate such a saturated scene, with each month highlighting a different musical theme. Though my tastes skew towards string music, I believe genres are of little importance when it comes to a quality show.

With this in mind, here’s a preview of a few shows that music lovers (and especially fans of the hybrid folk genre “newgrass”) can look forward to in March. Make sure to check back next month for your guide to Denver’s music scene:

I’ve been looking forward to March ever since Greensky Bluegrass announced their three-night run at the Boulder Theater (beginning March 12). In 2006 the band won the prestigious Telluride Bluegrass Festival Band Competition, and this year will mark their sixth time performing on the main stage since—a testament to Colorado’s love for the group. The Michigan-bred band released their fifth studio album, If Sorrows Swim, this past September, and they’ve been selling out shows coast to coast ever since. Though they’re undoubtedly a string band, the quintet came to bluegrass late, and their sound is just as influenced by classic rock and various jambands as it is by Bill Monroe. At times incredibly psychedelic, at others remarkably poignant, the most appealing thing about Greensky’s music is its songwriting, the majority of which is done by lead vocalists Paul Hoffman (mandolin) and Dave Bruzza (guitar). Smart lyrics, danceable breakdowns, and a wide variety of covers—from the Wood Brothers to Bruce Springsteen, Fleetwood Mac to Prince—put Greensky at the forefront of the newgrass scene.

For those unfamiliar with the term, newgrass refers to music that fuses extended jams with other genres (usually bluegrass, rock, country, and/or folk). A favorite artist to cover among newgrass proponents (such as the String Cheese Incident, Yonder Mountain String Band, or even Greensky) is R&B great Stevie Wonder, who will be performing on St. Patrick’s Day (March 17) at the Pepsi Center. The concert is part of Wonder’s highly successful Songs in the Key of Life tour; he’ll be playing his 1976 album of the same name in its entirety. Writing for Rolling Stone, Chris Weingarten called the first leg of the tour “possibly 2014’s greatest testament to the limitless potential of American music.” Tickets are pretty steep, ranging from $39.50 to $149.50, but it’ll be well worth it when you’re dancing to classics like “I Wish,” “Superstition,” and “Sir Duke” live. There’s a reason the prodigy has the most Grammys of any male solo artist (25), and that the Library of Congress preserved this particular album into the National Recording Registry. 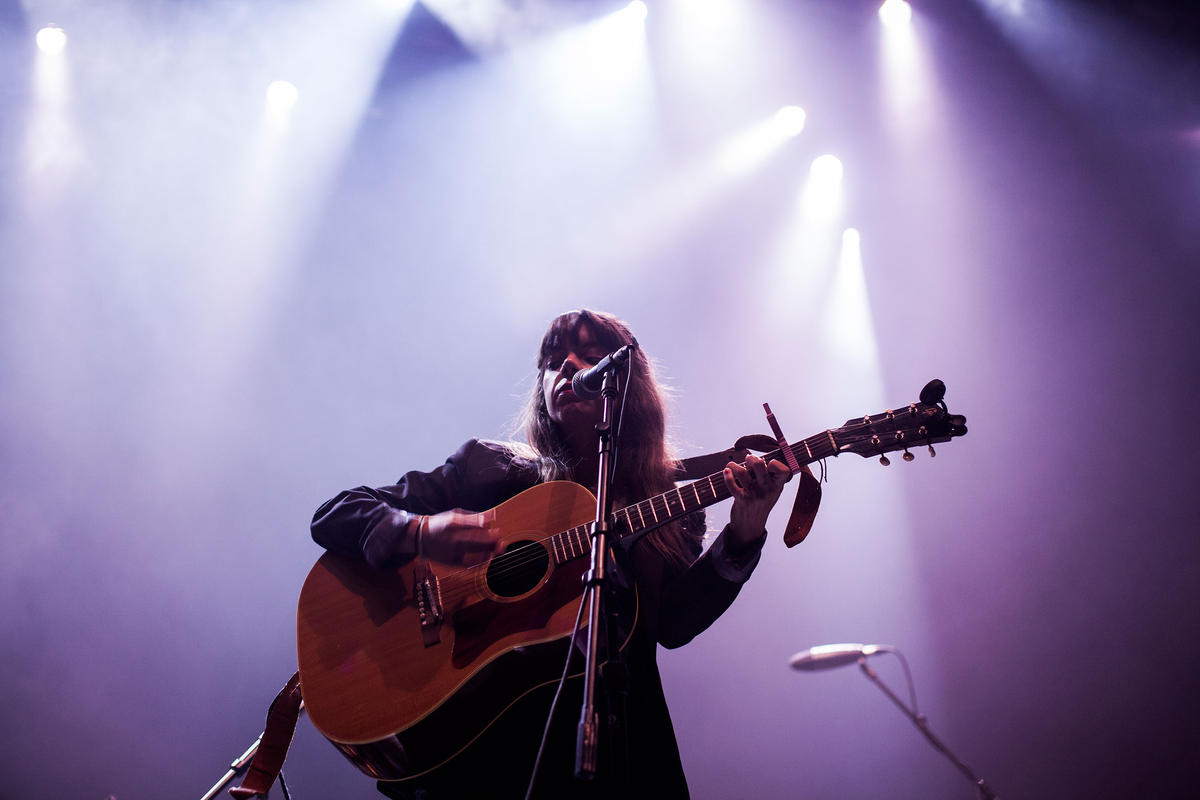 The Ogden Theater has a solid March lineup, including New Orleans’s rock band The Revivalists (March 13, with jamband Twiddle), stellar indie rock group TV on the Radio (March 26), and the soul-stirring Nahko and Medicine for the People (March 12). Go see the first if you appreciate a good horns section, the second if you want innovation and surpassed expectations, and the third if you crave community vibes and a social message with your tunes.

No matter where your tastes lie though, you won’t want to miss Alynda Lee Segarra, who’s performing with her band Hurray for the Riff Raff at the Bluebird Theater on March 27. Segarra plays the guitar, harmonica and banjo, sings, and writes the band’s songs, which blend Americana, country, and blues. Occasionally melancholy, always powerful, Hurray for the Riff Raff play music for lovers of well-traveled roads and the American expanse. Following the show, Pennsylvania sextet Cabinet will be bringing its own brand of newgrass to an after party at the Lost Lake Lounge.

The term newgrass was actually pioneered by Newgrass Revival, a Kentucky band that was founded in 1971 and made Colorado a second home thanks to the many years they performed at the Telluride Bluegrass Festival. The group featured legends Bela Fleck (banjo) and Sam Bush (mandolin), the latter of whom will perform for two nights at the 1up (March 27 and 28). Bush will perform with rotating super group the Denver Bluegrass Generals, alongside the Infamous Stringdusters’ Chris Pandolfi (banjo) and Andy Hall (dobro), as well as a handful of special guests who have yet to be announced (if the rumors are any indication though, you’ll want to check back in). At $25 a night ($35 for two), the tickets are completely reasonable, though attending will mean missing another legend, Jeff Tweedy of Wilco, perform alongside his son at the Ellie Caulkins Opera House (March 28). The decision is yours to make, though you can probably guess where I’ll be.