Eggs Benedict—toasted English muffins topped with poached eggs, Canadian bacon, and hollandaise—is possibly the most classic of American brunch dishes. There are hundreds of variations, many of which stake their reputation on alleviating even the worst of hangovers. What few people know, however, is the dish’s origins, or its tenuous connection to Winter Park. So, in honor of National Eggs Benedict Day, we’ve rehashed the history of the delicious plate. (For those only interested in eating, skip to the end.)

The only thing definitive about eggs Benedict is that it’s undoubtedly an American dish. After that the story fades into conjecture, though it is widely agreed that New York City was the official birthplace. The first time the breakfast dish appeared in print was in a December 1942 issue of the New Yorker, in a Talk of the Town piece that mentioned Lemuel Benedict and an order he’d placed at the famed Waldorf hotel 48 years before. According to the magazine, “He had a hangover (the statute of limitations permits the publication of this libel), but his brain was clicking in high gear,” when he created a custom order of buttered toast, crisp bacon, two poached eggs, and a “hooker” of hollandaise sauce. He assembled the items himself. Eventually, Oscar Tschirky—the famous maître d’hôtel who’s also credited with inventing the Waldorf salad and Thousand Island dressing—subbed in Canadian bacon and English muffins, and eggs Benedict as we know it was born.

If only history were so simple. As Gregory Beyer recounts in his excellent New York Times piece, “Was He the Eggman?,” Oscar never owned the invention of eggs Benedict like he did other hotel menu items. As time evolved, the New Yorker piece remained the only evidence citing Lemuel Benedict as this dish’s inventor. In 1978, Bon Appetit credited Mr. and Mrs. LeGrand Benedict with founding the dish at Delmonico’s, another legendary New York restaurant. The same year Lemuel was said to have placed that first order, 1894, was also the year Delmonico’s chef Charles Ranhofer published The Epicurean which included a similar recipe for Eggs a la Benedick. It seemed Lemuel Benedict’s legacy was destined to fade from the dish’s history—that is, if it weren’t for one determined Colorado man.

The son of Lemuel’s first cousin, Jack Benedict was a real estate salesman turned restaurateur. Over time, he became obsessed with eggs Benedict. In 1978, Jack opened L.C. Benedict Restaurant and Tavern in Winter Park, where he offered two versions of the dish: eggs Benedict Lemuel’s way (with bacon and toast), and Tschirky’s way (with Canadian bacon and English muffins). Jack even installed a storyboard of the dish’s history. When the restaurant closed in 1984, he moved the shrine to his Littleton home. Jack spent much of his life obsessed with establishing his relative’s claim as inventor. He became so fixated on authenticity, that he couldn’t even order the dish when eating out. Jack died in 1993 without ever seeing his dream of publishing a “legitimate” history of eggs Benedict.

For the average brunch-goer though, history has nothing on taste: Eggs Benedict is simply a decadent breakfast ritual. Whether you order it Lemuel’s way, or prefer inventive versions from spots like Snooze or Sassafras, we’ve rounded up a list of Front Range favorites: 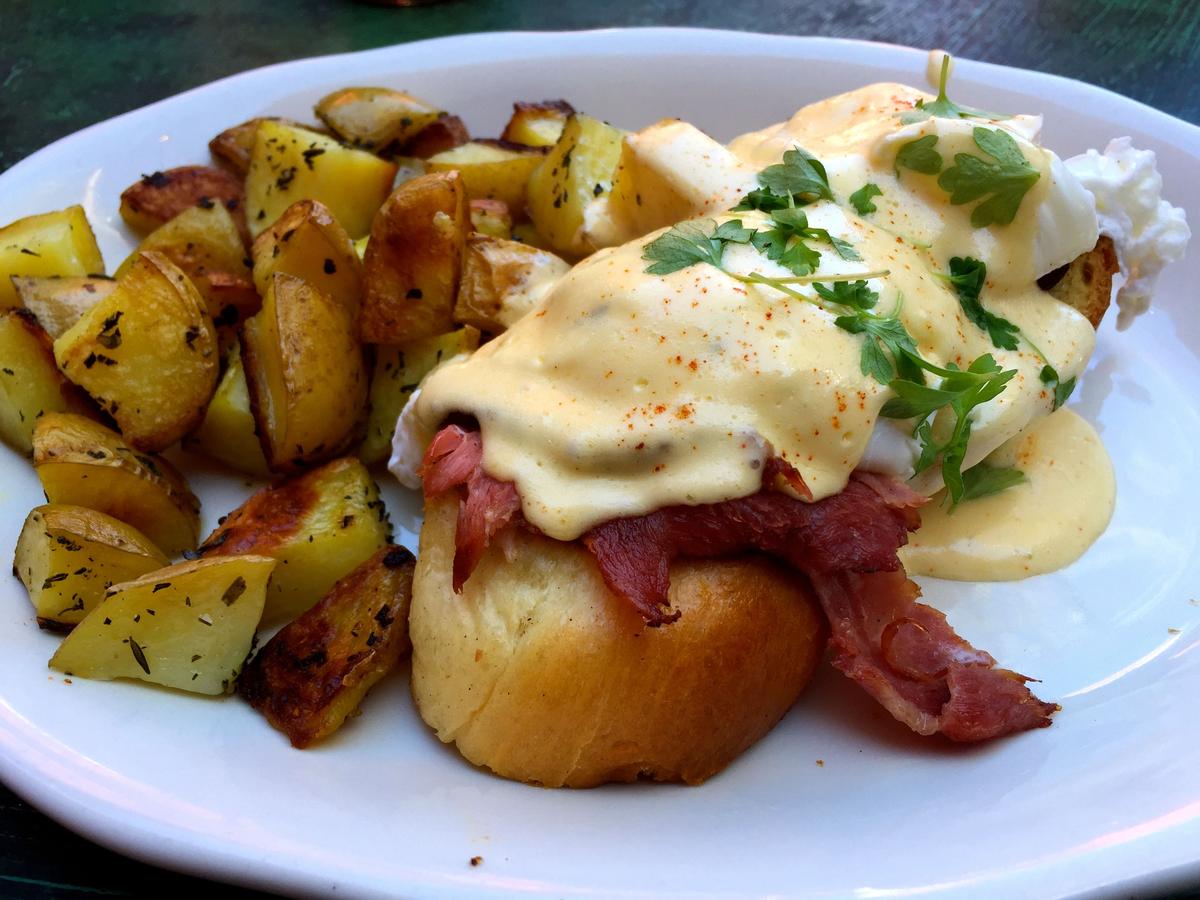 It should be noted that Lemuel did not support substituting toasted English muffins for toasted bread. He told the New Yorker, “English muffins are unpalatable, no matter how much they are toasted or how they are served.” Though Devil’s Food may not agree with that sentiment entirely, the three eggs Benedicts on its menu are served on buttered challah toast, making the “Traditional” a breakfast Lemuel would maybe, sort of approve of. He was less vocal about the swapping of bacon with ham, and at Devil’s Food the ham is crisped, forming a happy medium between the two. 1020 S. Gaylord St., 303-733-7448 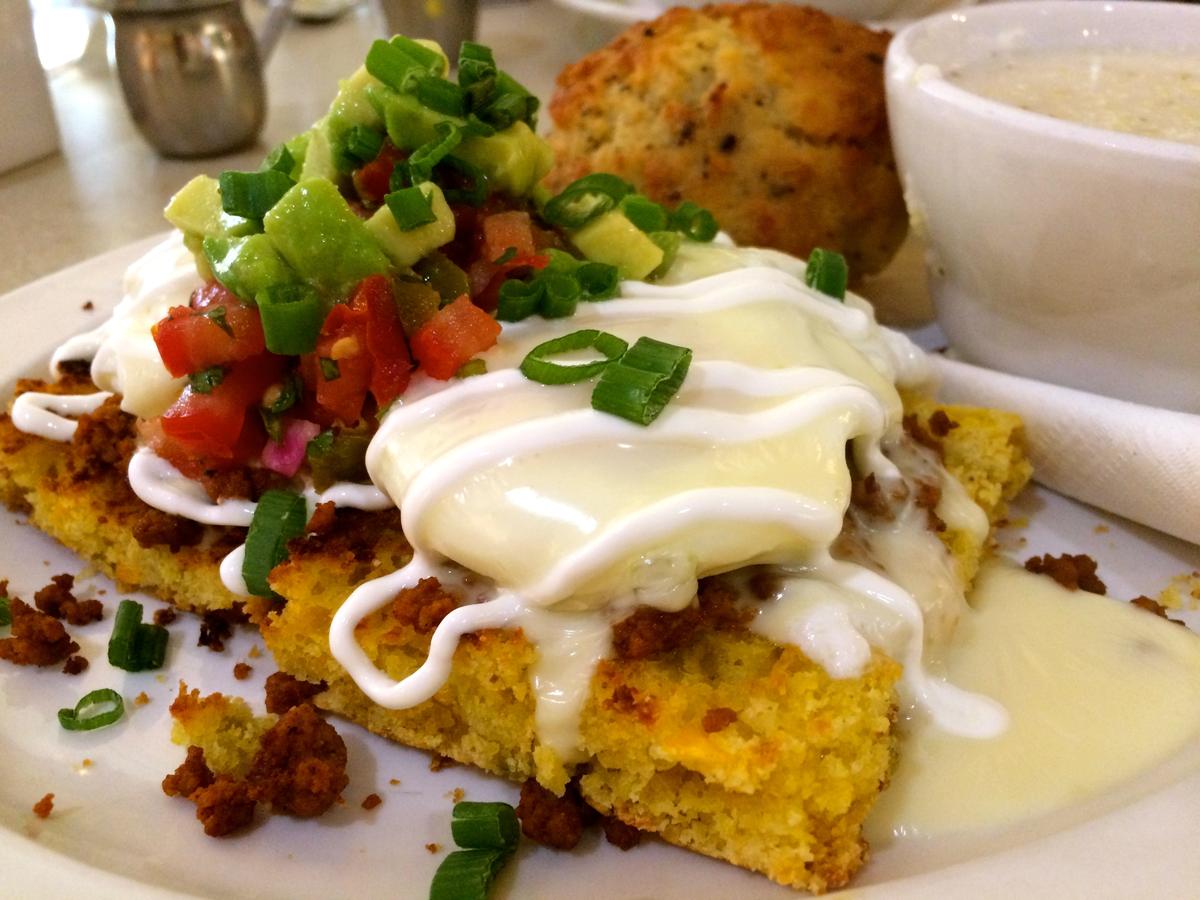 Wild Eggs claims Benedicts as a specialty, and one dish in particular—Kalamity Katie’s Border Benedict—stands out. Queso fundido replaces hollandaise and tops poached eggs, chorizo, and green chile–cheddar corn cakes. Pico de gallo, sour cream, green onions, and avocado provide a fresh contrast, and the savory Everything muffin (which accompanies most of the Benedicts) is pure genius. 300 E. Alameda Ave., 303-744-3447 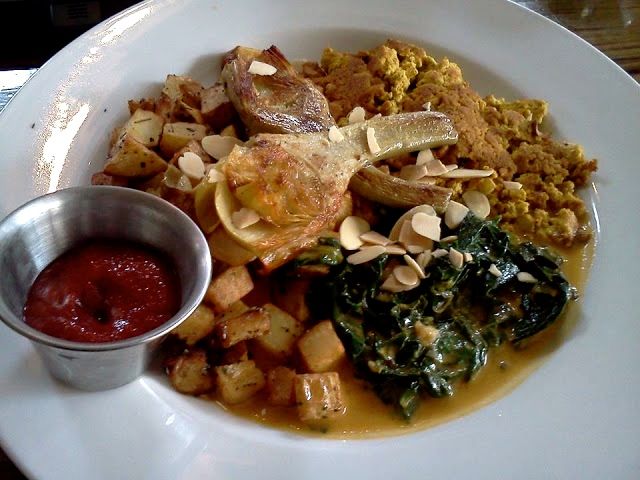 A vegan eggs Benedict may seem like an outlier, considering the dish’s three main ingredients are eggs, hollandaise, and ham. But, at City O’ City, instead of saying tough luck, the Capitol Hill eatery serves a Sardou. The Louisiana Creole dish is essentially a take on eggs Benedict with artichoke, creamed spinach, poached eggs, and hollandaise. Here, vegan “cheese” sauce stands in for hollandaise and scrambled tofu for eggs—trust us, you won’t even miss the meat. 206 E. 13th Ave., 303-831-6443

Vail’s Westside Café advertises “the world’s best Benes,” and though we’re not qualified to pass judgment on that claim, the restaurant is among our favorites to score 12 not-so-classic versions of the timeless dish. You’ll notice right away that the menu advertises béarnaise sauce, which is essentially a hollandaise flavored with shallot, chervil, peppercorn, and tarragon (the simpler hollandaise has just lemon juice or white wine). Although you’ll likely be tempted by rarer Benedicts on the list (such as the Bison Tenderloin or the Chicken & Waffles), the Veggie is hard to beat. The dish subs crispy polenta cakes for bread, stacks tomato, avocado, spinach, grilled asparagus, and poached eggs, and smothers the whole thing in béarnaise with a drizzle of balsamic syrup. 2211 N. Frontage Road W., Vail, 970-476-7890 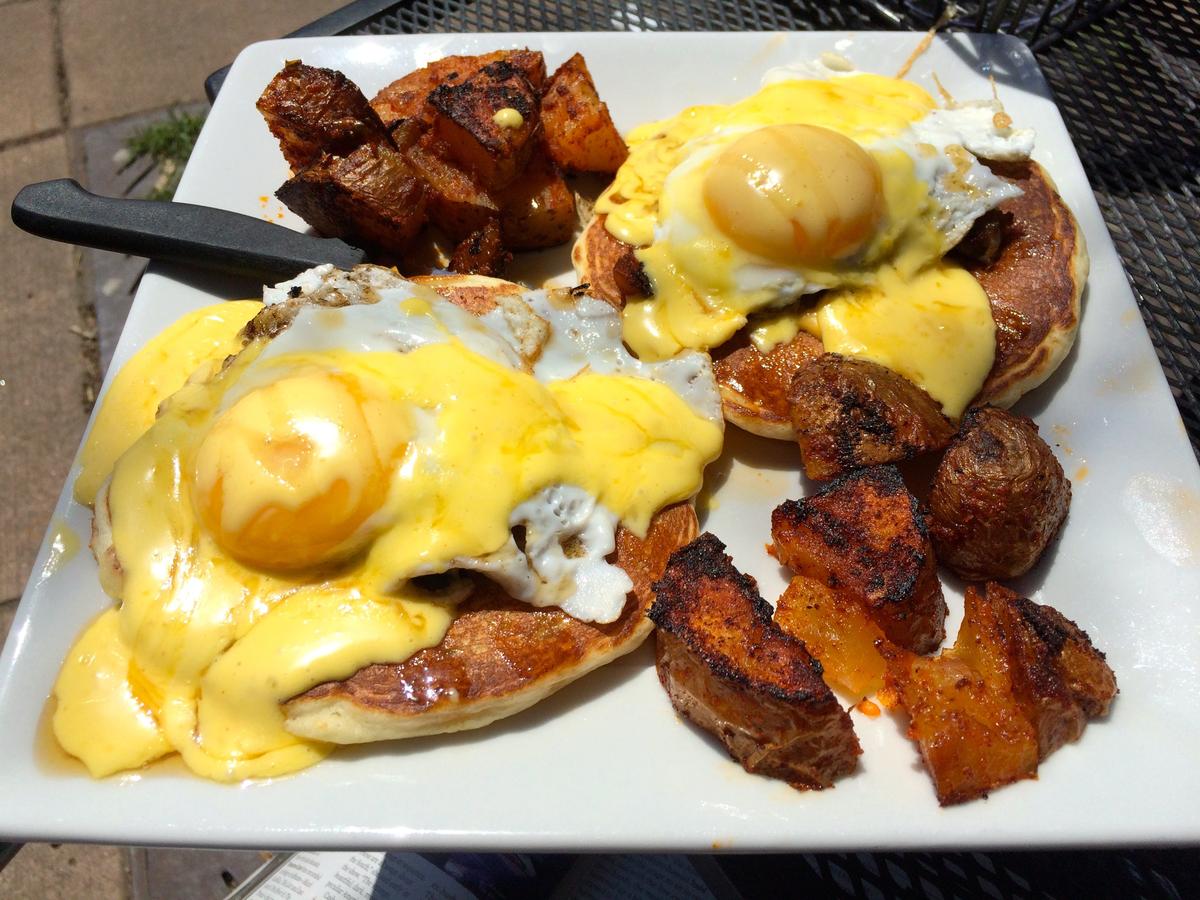 You’re likely thinking that all eggs Benedicts are naturally American, and you’re right. The Delish from Sunny’s comes out on top, however, having improved upon the breakfast staple to the point of absurdity. All of the six (oversize) Benedicts at the small family-run joint are served with sunny-side up eggs rather than poached, which adds an extra component of tasty sauce to dishes already swimming in hollandaise. The light and fluffy buttermilk mini-cakes that form the base are topped with American cheese and sausage patties. The entire thing is then drizzled in maple syrup. Excessive? Perhaps, but people likely thought the same of that first eggs Benedict, wherever it was invented. 2339 W. 44th Ave., 303-477-0005