If you’re reading this, chances are you’ve already missed out on Fleetwood Mac. No need to fret though, because April in the Front Range is stacked with a ton of other fine musical opportunities. Though no one else sounds quite like Fleetwood Mac (or could sell-out the Pepsi Center twice in the span of five months), what I love about the band—aside from an unwavering appreciation of its oeuvre—is how it pioneered a distinct sound, creating music apart from what anyone had done or was doing, undergoing noteworthy stylistic changes over the course of five decades. Presenting music in an unconventional way or writing music outside the box is a trademark of any good band regardless of genre, and it’s the common thread among artists featured in this month’s column.

Reverend Peyton’s Big Damn Band, who play the Bluebird on April 3, combine virtually every American music style to create something truly distinct: Delta blues with a healthy dose of rock ‘n’ roll, a medicine show of sorts consisting of slide guitar, intricate picking, and powerful vocals. It’s hard to believe that such a big (damn) sound can come from an ensemble of three. Josh “The Reverend” Peyton is the driving force behind the outfit, with his wife Breezy Peyton and Ben Bussell adding vocals, and playing the washboard and drums respectively. The Big Damn Band’s last album, So Delicious, was released on Yazoo Records, whose catalogue includes renowned American blues legends Mississippi John Hurt and Charley Patton. At once old-time and contemporary, the group’s downhome sound defies easy classification, falling somewhere between Les Claypool’s Duo de Twang, the Carolina Chocolate Drops, and Split Lip Rayfield. 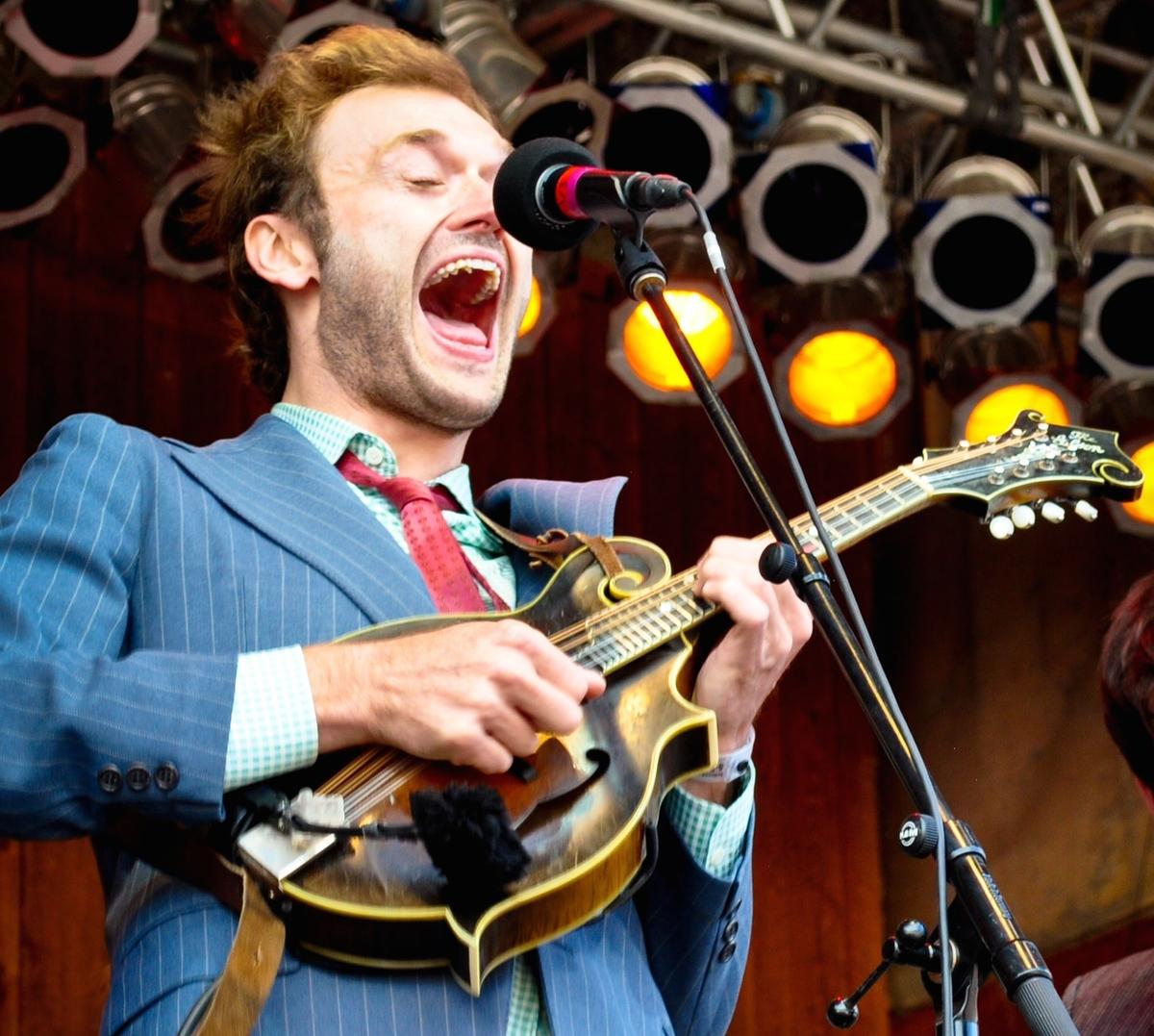 The Punch Brothers’ show at the Ogden on April 7 will undoubtedly sell out—despite the fact that it’s a Tuesday—and for good reason. Frontman and mandolinist Chris Thile was named a genius MacArthur Fellow in 2012 at the age of 31, and the rest of the band can easily hold its own alongside him. Thile assembled the all-star quintet in 2007, recruiting the other members from a handful of notable string-based bands. The Punch Brothers defy any one genre, playing everything from pop to classical music on traditional bluegrass instrumentation, layering harmonious vocals, and not being afraid to experiment and get a little weird. The group’s latest album, the complex and at times odd The Phosphorescent Blues, was produced by the legendary “T Bone” Burnett and is among the Punch Brothers best to date. In college I took a quantitative methods class, in which I learned that higher IQs are correlated with a love of bluegrass. Of course, I also learned that correlation doesn’t equal causation, but to this day I can’t help but think of the Punch Brothers as dance music for brainy mathematicians.

The one band you absolutely don’t want to miss this month, especially considering its abundance of Colorado dates, is the Infamous Stringdusters. The Dusters’ motto of sorts reads: “Dismiss labels. Forget trying to fit into a scene. Be true and play your songs.” Like the Punch Brothers, Infamous appears traditional on the surface—they’re a string band after all—but once you see them live, they defy any expectations when it comes to genre, or what they can accomplish on said instrumentation. The Grammy-nominated quintet can hold its own in Nashville, with tight playing and spot-on harmonies, but its live show can be wild, following unexpected threads and cultivating an atmosphere unique to each show. The band moves easily between fast-picking originals, covers, and newgrass instrumentals; though the group undoubtedly respects tradition, it doesn’t feel confined by it, and that’s part of the reason the Dusters will have people following them from show to show while they tour the Front Range. In addition to free shows in Steamboat Springs and Breckenridge (April 11 and 19 respectively), the Dusters will play Aspen’s Belly Up on April 10, and two shows at the Boulder Theater on April 18 and 20 (Trout Steak Revival will open for the first, Gypsy Moon the second). You’d be remiss to not catch at least one.