Recently, my roommate joked that he was going on Railroad Earth tour. The New Jersey sextet plays roots-based rock in the vein of the band, and as Railroad is undoubtably my favorite group to see live, I immediately asked what he meant (“Take me with you!”). Turns out he was kidding: We were going to see the band at Red Rocks, and the following night we would catch them at the Boulder Theater. I laughed, and then explained that I’d often driven five hours or more to see the band. Not only did the shows often make it worth it, but I also got to travel to cities I’d never have visited otherwise, eating regional specialties, staying in National Parks, and taking photos along the way.

These days, with gas so cheap, my environmental sensibilities lay forgotten when it comes to traveling for music in Colorado. Especially as I now live in Boulder, and have come to sorely miss Thursday night bluegrass at Cervantes’. Consider this month a preview of how a certain subset of music lovers live. It’ll only require you to drive between Denver and Boulder, but maybe by the end you’ll be willing make the trek to Fort Collins (or next year, Telluride). 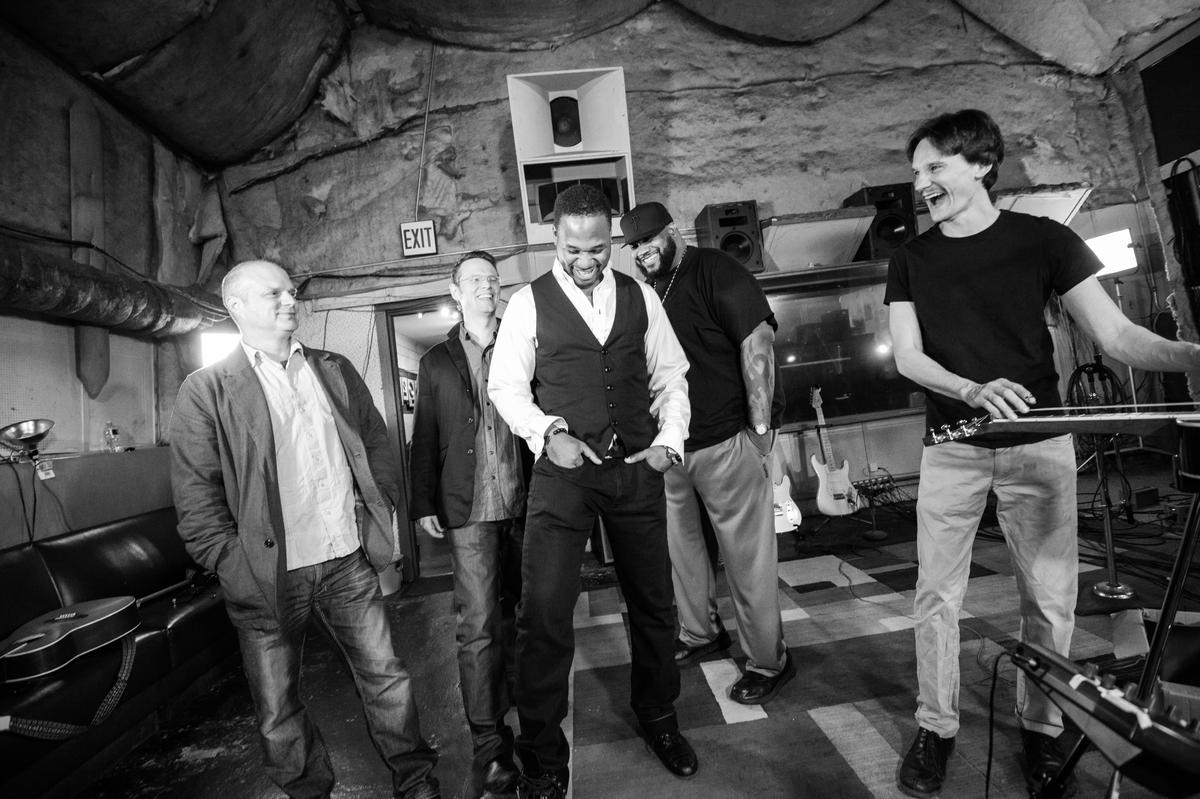 The Word, a bluesy, sacred steel super group will play both the Boulder Theater and the Odgen Theatre this October. (Photo credit: Big Hassel)

The Word
For lovers of roots music

When you’re in the business of traveling to see music, a good resource is Jambase.com. Although the website definitely emphasizes jambands in terms of content, it’s most useful in determining which bands are playing at specific venues in any given town. Occasionally, I’ll set my search to Colorado as a whole and see what I’m missing elsewhere in the state, contemplating whether or not it’s worth making the drive. That’s how I realized the Word, a bluesy, sacred steel super group, was playing both the Boulder Theater and Denver’s Odgen Theatre (October 9-10). Consisting of John Medeski (keyboards), Robert Randolph (pedal steel guitar), and the members of the North Mississippi Allstars—Cody (drums, washboard) and Luther Dickinson (electric guitar), as well as Chris Chew (bass)—the band is grounded in gospel and American roots music, and with so many other commitments, it’s rare to see them perform live.

The New Mastersounds are touring in support of its 10th studio album, Made for Pleasure. (Photo credit: Royal Potato Family)

The New Mastersounds
For lovers of funk

The New Mastersounds combine R&B, jazz, and electronic music to create a Soul Train-esque dance party, which feels more like it’s set in New Orleans than the band’s British home. The quartet’s 10th studio album, Made for Pleasure, isn’t a departure from its signature sound—and that’s a good thing. The fact that the band is playing an intimate venue like Boulder’s Fox Theatre on October 14, easily makes the show worthy of a drive. For those that want a big-band funk sound, check out Brooklyn-based nine-piece Turkuaz at Cervantes’ Materpiece Ballroom on October 17.

See Beats Antique live at the Boulder Theater, and it’ll make sense that the band has roots in San Francisco’s underground arts scene.

Hypnotizing trio Beats Antique has always had my heart: Zoe Jakes is an integral member of the band, seducing the audience with her own take on belly dancing. David Satori (production, live instrumentation) and Tommy Cappel (production, percussion) round out the group and provide the beats, blending electronic music with worldly jams. See them live at the Boulder Theater October 16-17, and you’ll understand how the band has roots in San Francisco’s underground arts scene. During the run, the group will bring back its Creature Carnival, complete with audience collaboration, wild costumes, and all sorts of spectacles. “We want to take our fans on a journey,” notes Satori, “Now with the Creature Carnival, we plan to get the audience in a more dynamic, psychedelic, and participatory role than ever before.”

CHVRCHES
For lovers of indie

Scottish electronic trio Chvrches specializes in downtempo ’80s synth-pop with an indie bent. Live, all three members play synthesizers, with charming pop vocalist Lauren Mayberry serving as the group’s frontwoman. Their sophomore album, Every Eye Open, was released last month to critical acclaim, and is sure to be featured prominently at the group’s October 22 show at the Fillmore Auditorium.

Shakey Graves
For lovers of Americana

Shakey Graves is the stage name of Alejandro Rose-Garcia, an Austin-based indie-folk singer. You may know Rose-Garcia from the television show Friday Night Lights or the films Shorts, Material Girls, and Spy Kids 3-D: Game Over. Music seems to be his passion, however, and his stage presence is lively, rocking, and very original. Shakey Graves is also attractive, with a look that suits his country and blues tendencies, so don’t be surprised if the crowd skews female at his Ogden Theatre shows October 23-24. Bonus: Denver-based indie duo Tennis—who were named best band/musician in 5280‘s 2015 Top of the Town—will open. 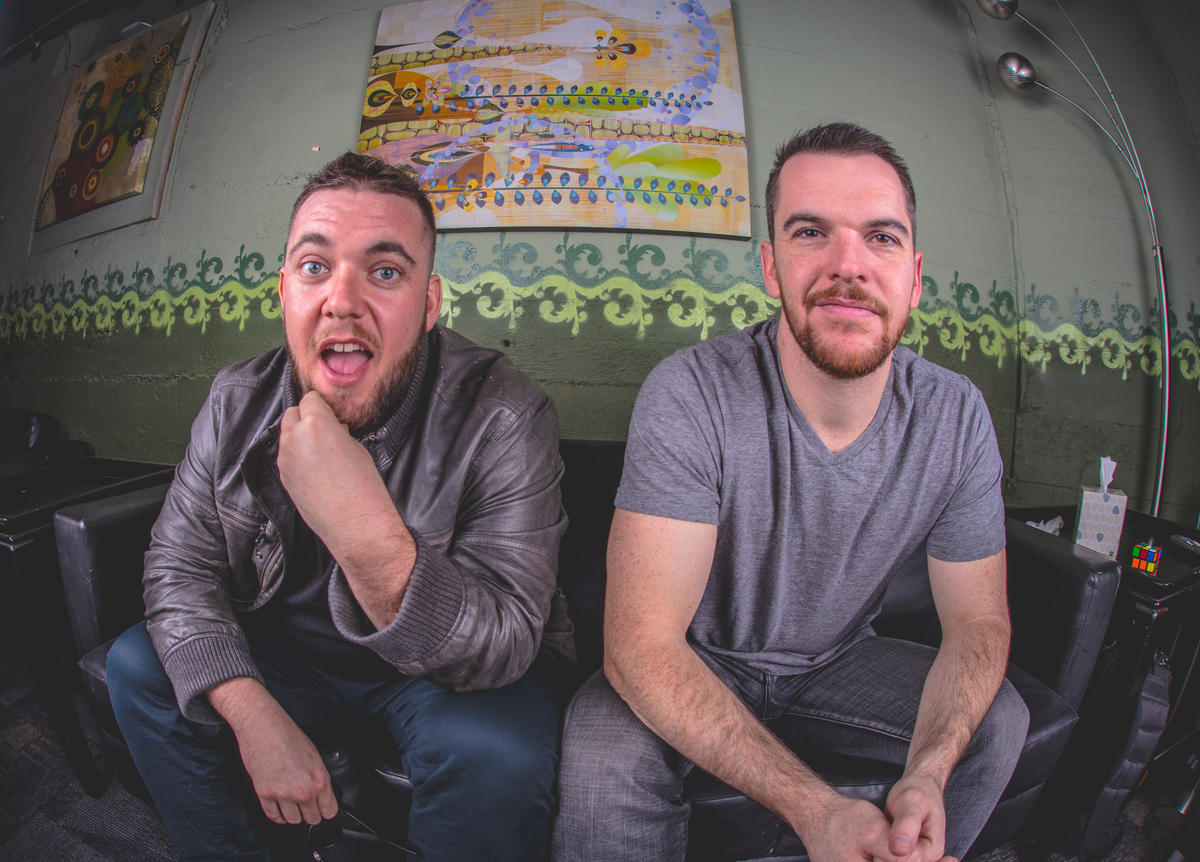 The Floozies
For lovers of electronic music

The Floozies’ Instagram offers a succinct a description of the duo’s music: dayglow funk. Neon dance party. Psychadelic hip-hop. Brothers Matt and Mark Hill hail from Lawrence, Kansas, and have absorbed a long tradition of jazz coming out of Kansas City to the east, as well as the new tradition of electronic from Colorado to the west. The band plays the Boulder Theater October 23-24.

Genre-flouting quintet Lotus will play the Fillmore Auditorium on Halloween.

Lotus
A sure bet for Halloween

Live jamtronica act Lotus combine elements of electronic, funk, house, and post-rock to create a danceable sound that’s as varied as it is fun. The quintet’s latest album, Gilded Age, released in July, is down-tempo and meant to evoke nostalgia for peaceful days. Although members of the band live in Denver, Lotus didn’t play a Colorado show on its last tour and Mile High fans are in for a treat (I was lucky to catch them in Las Vegas this past February). In the past, Lotus has performed sets covering the Talking Heads and Black Sabbath—here’s hoping the band’s Halloween show at the Fillmore will feature some sort of musical costume as well.