Ross Paller was no stranger to real estate; he began buying rental properties as soon as he was approved for his first mortgage at 21 years old. But when it came to his first Denver development project, Ross says he was shortchanged by his general contractor.

“After I was taken advantage of, I decided: I’m not going to hire another person until I’ve built a house from the ground up,” says Ross, president of Paller Real Estate Investments. “I needed to understand every job on-site.”

After that contractor left him in a jam, Ross had just a few days—and almost no funding—to finish the project, a duplex in Highland. Paller sent out an SOS to his dad, Mark Paller, in Illinois. A mechanic by trade, Mark hung up the phone, closed his shop, and drove straight to the airport to help his son. Sleeping (very little) on the job site and working around the clock, the two finished the duplex in time for the inspection.

Afterward, over a beer on the back porch, the elder Paller told his son he wasn’t ready for the job to end. That was all the encouragement Ross needed to quit his day job and find a project for the father-and-son team.

“Getting into the real estate game, you either need a lot of cash or a lot of connections,” Ross says. “I had neither, but my dad and I have stamina.” 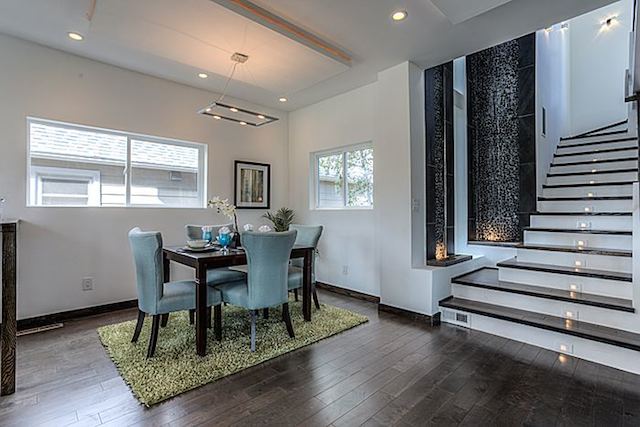 It took 16 months of consecutive 12-hour days, but the duo recently sold its first home, 2798 S. Lincoln St. in Englewood for $528,000. The thoughtful and chic two-story modern home is not your typical DIY job. 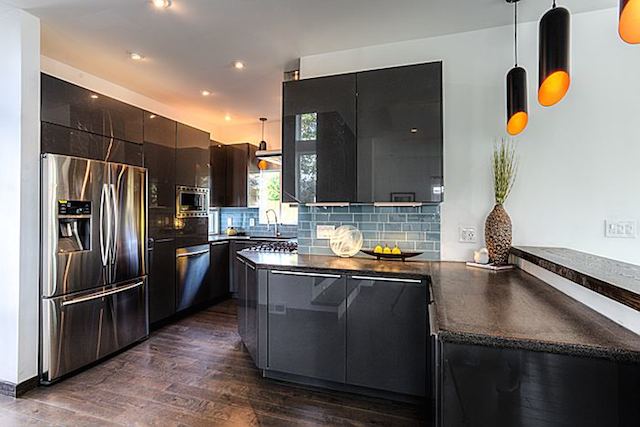 Featuring handmade cabinetry, concrete counters, and a two-story indoor waterfall feature, the Paller team’s labor of love is a stunner. The three-bedroom, 2.5-bath home mixes woodwork artistry with sleek, modern designs. And true to his word, Ross worked on every element of the home. (Granted, a structural engineer came out to approve foundation issues, and master plumbers and electricians oversaw elements of those projects.) 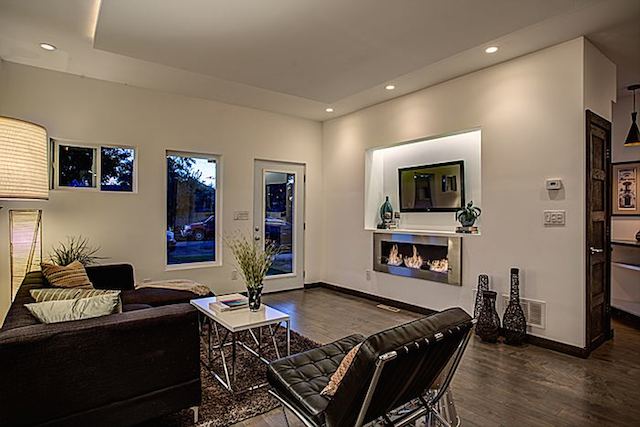 During those 16 months, Ross camped in the backyard while his dad lived in his camper, which was parked on the street. The two worked every single day—including Thanksgiving, Christmas, and New Year’s Day—until the home was ready.

Now that the home has sold, Ross is hanging up his tool belt to take an extended road trip, and Mark is using his well-earned time off to take his wife on a cruise.

“I’m so glad I got to do this with my dad,” Ross says. “We’re a great team, and he’s an incredible artist when it comes to woodwork.”

For his next project, Ross plans to pick and choose the construction tasks he’ll outsource versus the jobs he and his dad will tackle. Drywall, for example, will be left to the guys who do it daily. Insulation install? Well, Ross says he’s not going to pay someone for that job now that he knows how easy it is. But, for those special woodwork details, Ross hopes to convince his dad to build another showstopper.

“There are a lot of good people in this business, but as in any business with a lot of money floating around, there are people looking to take advantage of you,” says Ross. “I wanted to know enough so that I could know if the person I’m hiring is genuine. I definitely got that education on this house.”