Tonight, more than 6,000 people in the Denver metro area won’t have homes of their own to sleep in. The statistics may change—as well as our perceptions and how we talk about those in need—but the issue of homelessness has a long history in Colorado.

Explore it yourself in Searching For Home: Homelessness in Colorado History, opening November 7 at History Colorado Center.

If this seems like an odd exhibition for a venue that most recently hosted an ode to toys—it is, sort of. “One of our goals is to create a space for civic engagement around historic and social issues,” says Searching For Home curator James Peterson. “This exhibit is our first attempt—in-house—to fulfill that goal. It’s a new direction for us.” 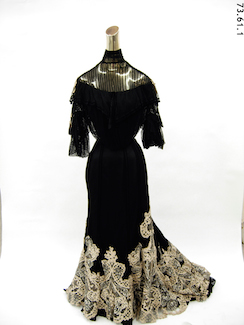 The small, 1,000-square-foot show highlights the issue from both a historical and contemporary perspective. Developed in conjunction with an advisory board made up of service providers as well as at least one formerly homeless individual, Searching For Home reflects on a long history of economic struggles in our state—starting around the time Elizabeth “Baby Doe” Tabor (a circa 1902 dress of hers is pictured at left) lived. Along with her husband, Horace, the Tabors were considered the wealthiest couple in the Centennial State in the 1880s. They lost their fortune in the Panic of 1893. When Baby Doe died, destitute, and living in a shack in Leadville, she introduced locals to the idea that homelessness can happen to anyone. “Our state was settled by people fleeing the panic of 1857,” Peterson says. “We called them pioneers back then. Now they might be considered homeless.”

From her story to that of Father Woody, the namesake of Father Woody’s Haven of Hope, and Blair Griffith, Miss Colorado USA 2010 who experienced homelessness shortly after winning the pageant, the exhibition moves past stereotypes in its exploration of four key areas: shelter, health, safety, and relationships. “Homelessness is often an unapproachable issue,” says former lead developer Katie Heidsiek. “We want people to approach this idea through things they are familiar with.” Visitors should expect those aforementioned personal anecdotes mixed in with interactive experiences and artifacts. The latter collection includes everything from a shelter bed (circa 1970s) to panhandling signs to a pair of damaged eyeglasses—the frames made out of a coat hanger—left behind at the Denver Rescue Mission in the 1980s. 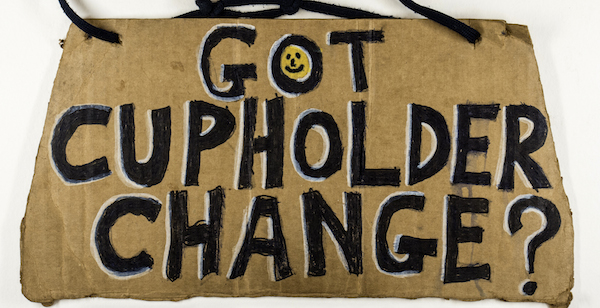 Originally envisioned as an exhibition about panhandlers, Peterson spent two years photographing cardboard signs and buying them from individuals willing to part with them. But the curator soon recognized how his own perceptions were changing as he spent more and more time interacting with people experiencing homelessness. “They have a history. They didn’t just end up on that street corner out of the blue,” he says. “One of the things I hope people take away is how vulnerable we all are.”

Adds Heidsiek: “Our goal is to provide a platform for discussion. We’re giving it roots in Colorado. Homelessness didn’t just start yesterday.”