Bar managers are checking their cocktail lists twice this holiday season to roll out new selections for those seeking a festive buzz. These cocktails are characterized by flavors such as nutmeg or pine, mint or eggnog, cinnamon or cider. Almost every Denver neighborhood has a bar that offers one. Here are specialty drinks to seek out before 2015 draws to a close. 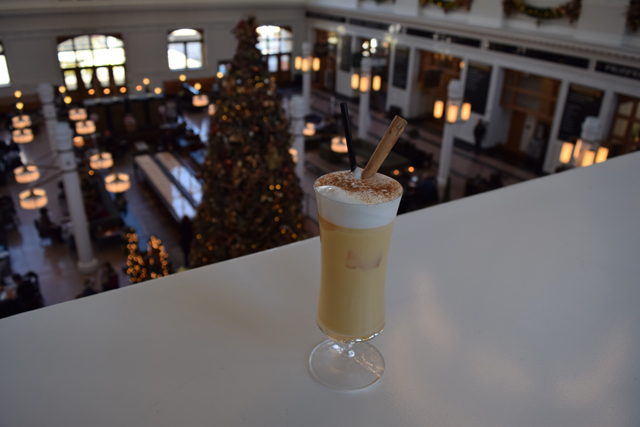 Terminal Bar in Union Station recently rolled out a new holiday cocktail called “The Rusty Griswold,” a cheeky nod to National Lampoon created by head bartender Anthony Hinojos. It’s a blend of tequila, cinnamon simple syrup, a splash of Drambuie liqueur, a whole egg, cream, and is shaken so it foams. It’s served in a tall glass with a cinnamon stick. If the idea of blending tequila and eggnog shakes you up, all the more reason to expect a Christmas miracle. This drink is not on the regular menu, so remember to ask your server for seasonal offerings. On the other hand, if you can’t get enough eggnog flavor, try The Corner Office’s “Russian Lullaby,” which also includes a whole egg mixed with bourbon, allspice jam, cream, and nutmeg. 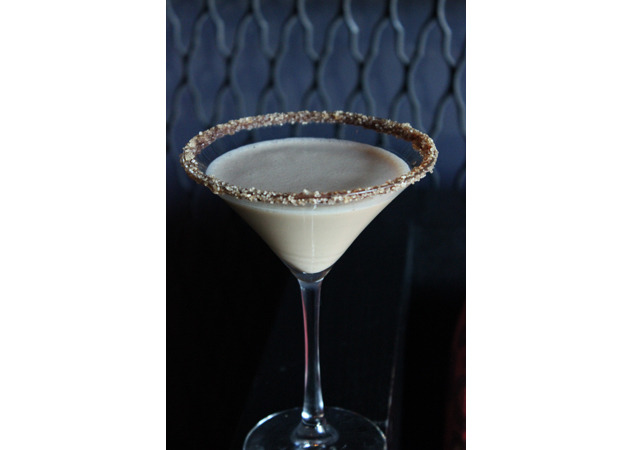 Winter means whiskey (or bourbon!) to a lot of us, and there are plenty of options around town. Swing by Colt & Gray in LoHi for a Fall Old Fashioned (rye whiskey, Strega herbal liqueur, and cinnamon syrup), Acorn in RiNo for the “Izabella” (Evan Williams Single Barrel with Acorn’s grenadine and walnut bitters, plus port and Unicum Plum liqueur), and Richard Sandoval’s restaurants Zengo and La Biblioteca in the Riverfront Park for a “Bourbon Espresso Martini.” (Pictured above)

On a cold day, the cozy, fire-lit cabin feel of Forest Room 5 combined with their version of a hot toddy, called “Psychic ToddyVision,” will warm you right up. This drink blends Leopold’s Apple Whiskey and cherry liqueur, served hot with lemon, honey, and a cinnamon stick. 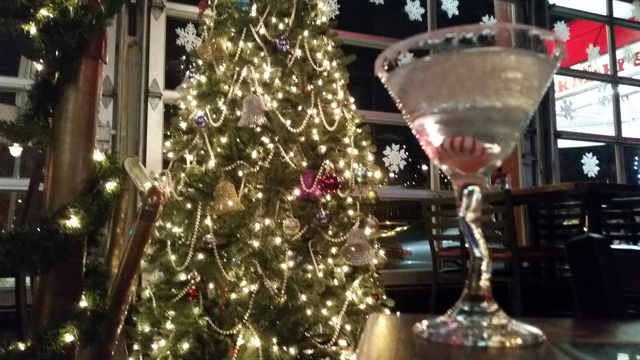 Branching out from the whiskey theme, Argyll Whisky Beer is offering “The Festivus,” a “nondenominational” gin-based martini with cranberry/rosemary syrup. At Coohills, the featured holiday drink is the “Faux Poire,” made with gin, green chartreuse, and pear brandy with egg white foam on top. The pine notes will make you think of fresh air and snowy slopes even while you gaze out at the city, and the bartenders are quick to offer a custom-made drink if you walk in with a special seasonal request.

On the sweet side, Hamburger Mary’s in Uptown has a list of simple, holiday-themed cocktails, the best of which is the “Candy Cane Martini”—peppermint vodka with a candy cane garnish. Bar Red, an often overlooked bar on West Colfax, offers the rum-based “Pumpkin Pie Martini,” served with house-spiced whipped cream, and the “Autumn Sunrise,” with house-infused cinnamon tequila and apple cider reduction.

Finally, sidle up to the bar at Fire in the ART hotel on Broadway for their art-themed holiday drinks. The “Fall of the Grand” may not sound all that seasonal, but the orange wheel and cinnamon—plus notes of vanilla and horchata—will convince your taste buds. The hot chocolate-inspired “Mint Condition” is also a standout, with Godiva Chocolate Liqueur, creme de menthe, chocolate bark, and mint sprinkles.

A truly festive cocktail can make the season more merry—or at least provide a break from gift shopping. Plus, most of the bars on this list are decorated for the holidays, so whether you need distraction or an extra shot of festiveness, your drink is designed to be a seasonal experience worth a trek in the cold.