Like a lot of people of a certain age, my first exposure to the music industry came via Cameron Crowe’s Almost Famous. The film chronicles the coming-of-age of Will, a 15-year-old boy who hopes to become a bona fide music writer. Music critic Lester Bangs is there, as well as a band fashioned in the vein of the Allman Brothers, the Who, and the Eagles, and a lot of groupies, known throughout as band-aids. Of the industry women in the film I can think of only one: a rather hateful fact checker at Rolling Stone. Nonetheless, I grew up believing women could be anything they wanted, and I wanted to be Will.

Come adulthood, I gave up on Will and instead looked to Ellen Willis, the New Yorker’s first pop music critic and a regular contributor to the Village Voice, Rolling Stone, and a slew of other magazines throughout the ’60s and ’70s. Willis was a feminist and a literary inspiration—her books were the only ones I owned by a female rock critic until Jessica Hopper’s “The First Collection of Criticism By a Living Female Rock Critic”, released just this year. It’s a telling title and speaks to something that’s true in a lot of industries, including music: It’s gendered.

The state of affairs is fairly well documented, and in general it breaks down like this: There are fewer women in the industry, they’re paid less than men for the same work, and misogyny is rampant. Hopper herself took to Twitter to coax stories out of female music folk, painting a less than spectacular picture. Many artists have spoken out about sexism in the industry, including hip-hop star Nicki Minaj, electronic-leaning Grimes, country star Miranda Lambert, and pop singer Ariana Grande. As the media focuses on the gender gap in America’s film industry, and the Black Lives Matter movement reminds us that not all Americans are born equal, I’ve become hyper-aware of discrimination in all aspects of my life. In music, there’s always the sense that you’re lucky to work in such a glamorous industry; you’re made to think that free tickets, exposure, and the privilege of hanging out with (mostly male) musicians means you have no right to complain.

In this column, I’ve highlighted far fewer woman then men, because I see far fewer women performing. Of the females I do see, I’d estimate that 80 percent are vocalists. There are lots of ladies who work in PR, and I can name a handful in management—Boulder’s Madison House is definitely an estrogen-friendly enterprise—but on the whole you’re most likely to find women in the crowd at shows. That’s why it’s due time for a Mile High Music that focuses solely on women. Here are my picks for this month. 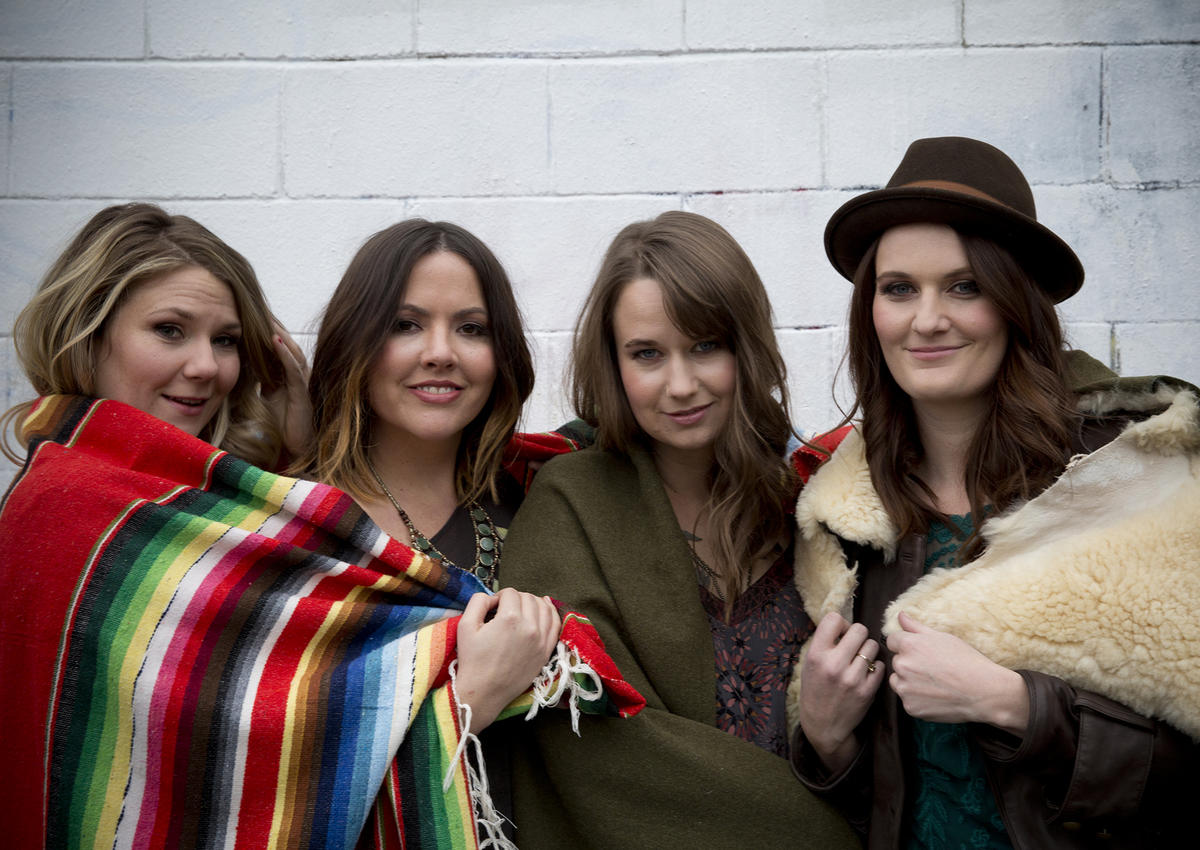 Della Mae is an all-female group from Nashville, who I first saw perform at the Telluride Bluegrass festival in 2012. “A band of goddesses” is how the string quartet sells itself, playing roots-based originals that oscillate between true bluegrass, country, and more indie-tinged Americana. Seeing the Grammy-nominated group play at the Lost Lake Lounge on December 3 will be an intimate treat. If you happen to be in Boulder on the same day, check out Enion Pelta-Tiller in the gypsy jazz band Taarka, as well as Alexandra Schwan, Julie Gussaroff, and Becca Bisque of the jamgrass quartet The Sweet Lilies, all performing at the Fox Theater. Both bands will be opening for indie-folk quartet Gipsy Moon, led by the captivating guitarist, banjoist, and vocalist Mackenzie Page. Bonus: All these women consider Colorado home. 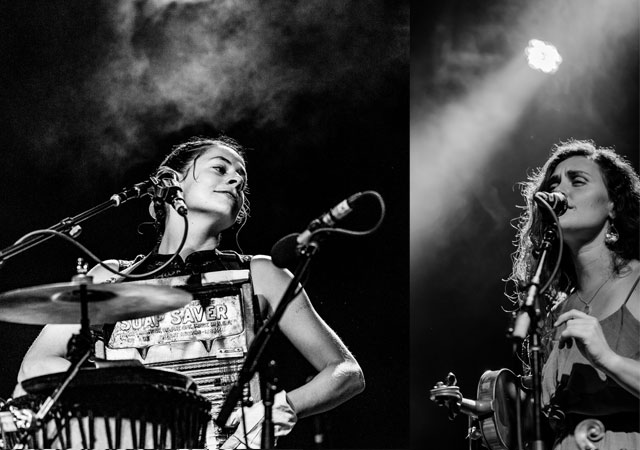 So do the ladies of Elephant Revival, a feel-good folk band that formed in Nederland, Colorado, nearly a decade ago. Bridget Law (fiddle, vocals) and Bonnie Paine (vocals, washboard, djembe, musical-saw, stomp-box) tend to get a lot of attention, not only because they’re beautiful and very talented, but also because they have a proclivity for sitting in with other bands, making them stalwarts of the Colorado music scene. The quintet’s two shows at the Ogden Theater December 4–5 are being billed as a Winter Ball, complete with new songs, holiday vibes, and hometown enthusiasm. 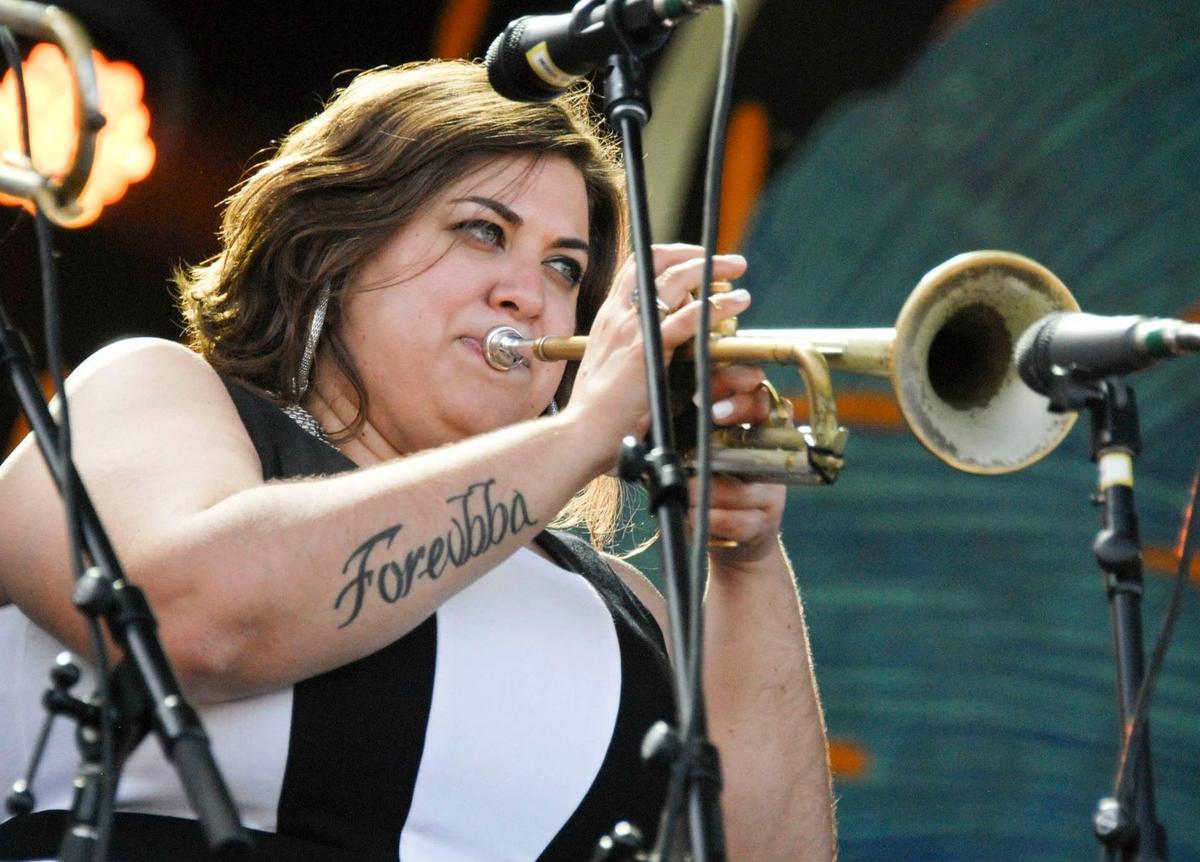 If you want to mix things up, the incredible Jennifer Hartswick (best known for her role in the Trey Anastasio Band) will be playing a benefit concert with the String Cheese Incident’s keyboardist Kyle Hollingsworth at The Fillmore, also on December 5. Both are funky, big band leaders in their own right, and the event—Hoppy Holidays: A Benefit for Conscious Alliance—will feature 30 different craft seasonal brews, as well as rock singer Anders Osborne and reggae band John Brown’s Body, with proceeds going to help alleviate hunger in Colorado. 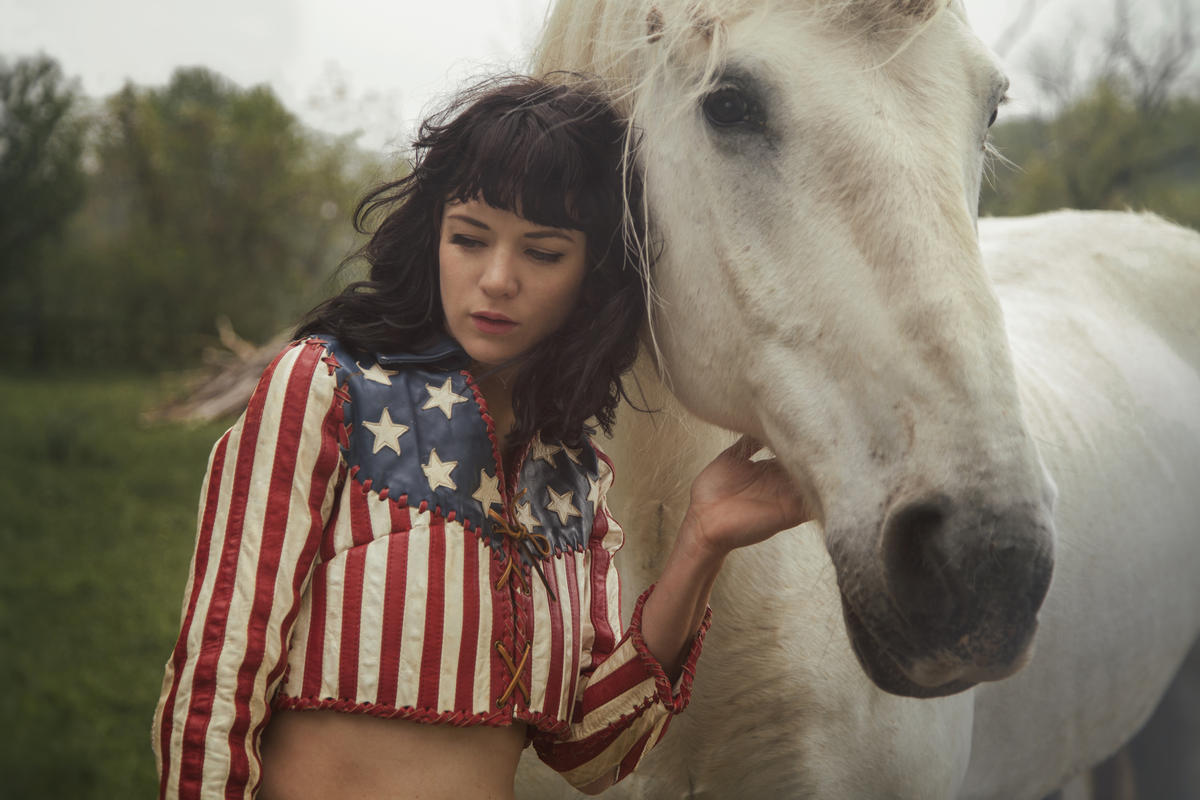 If you’re still going come Sunday, December 6, don’t miss Nashville sweetheart Nikki Lane at the Bluebird Theater. Lane traffics in the darker side of country, evoking Nancy Sinatra or Loretta Lynn more often than Carrie Underwood. Her sassy, occasionally despondent songs and her style are reminiscent of the ’60s, although everything Lane does has a modern sheen, from her pop-rock-indie hooks to her apparent sense of irony. Lane’s sophomore album, All or Nothin’, released in 2014, was produced by the Black Key’s Dan Auerbach, and it’s the perfect starting point for the uninitiated. 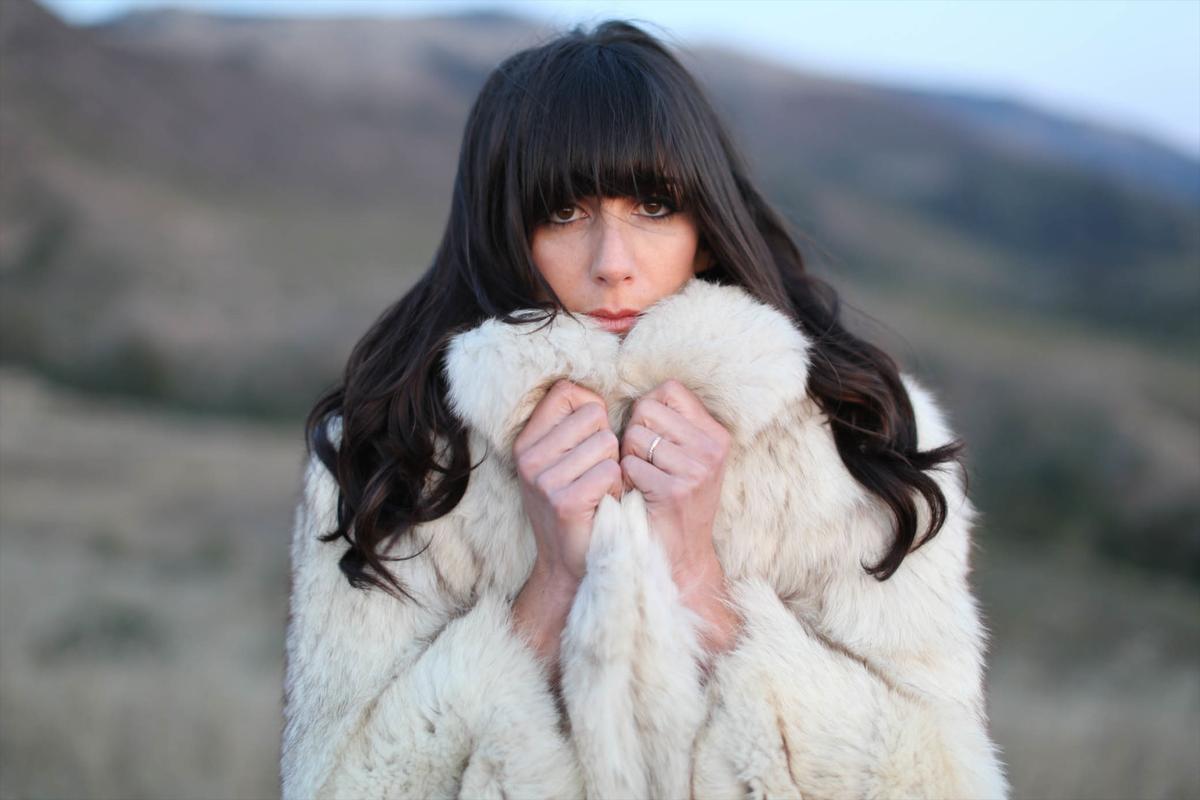 Later in the month, Nicki Bluhm and the Gramblers will perform at the Gothic Theatre on December 13. A tall drink of water, Bluhm has an incredible voice, stage presence, and sense of style. Others have drawn comparisons between Bluhm and Linda Ronstadt, and although Ronstadt is hands down one of my all-time favorite female vocalists, Bluhm isn’t so much in her vein than she is on her level. Bluhm’s career evolved organically, singing at first at house parties. Her husband Tim Bluhm, famous for his band The Mother Hips, was an early supporter, and to this day plays with the Gramblers when his commitments allow. Not only is it empowering to see such a strong woman leading such a talented band, but they on a rockin’ live show that will make going out on Sunday worth it. 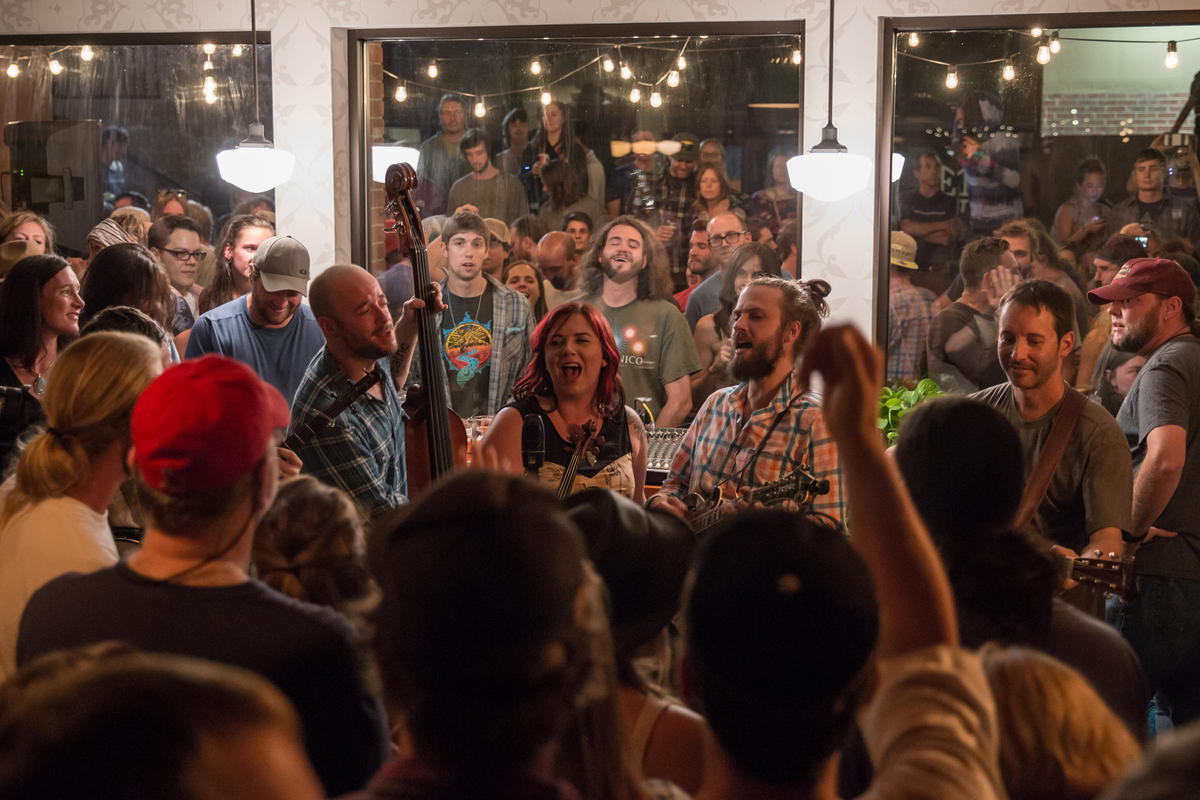 Finish out the year with one more strong female: Allie Kral, a fiddle player and vocalist with the Yonder Mountain String Band. The Colorado-born quintet will play four Boulder Theater shows around New Years, on December 30 to January 2. There will be a slew of stellar guests in attendance, including mandolinist Sam Bush and dobro player Jerry Douglas, but Kral always holds her own on a stage filled exclusively with men. Earlier this year I had the pleasure of seeing her perform at a charity event with an ad hoc band of her choosing. The covers she sings with Yonder, as well as the set list that night, are telling of first-rate musical endeavors to come. It also doesn’t hurt that one of the songs she covered is a personal favorite, originally written by King Radio: “Man Smart (Woman Smarter).”