‘Tis the season for cold-weather cocktails, and there are few libations more soul-warming than the hot toddy. This reviving drink, traditionally made with water, honey, tea, and liquor (usually whiskey), is served piping hot. And besides offering comfort when the weather outside is frightful, the toddy is even rumored to combat cold and flu symptoms (although that might just be the booze talking).

If you’re looking to sip a traditional toddy, we recommend trying classic versions at the Green Russell or Amante Coffee LoDo. But if you want a toddy with a twist, there are a few quirky variations from local watering holes that are worth trying. If you’re adventurous enough to mix them up at home, we’ve even included the recipes for you. Whether you choose to brave the cold or sip one at home, these toddies are the perfect remedy for chilly January evenings.

If you’re in the mood for some top-notch Asian cuisine and a heated game of ping-pong, Uptown’s Ace Eat Serve is the spot for you. During the winter months, consider ordering Ace’s signature toddy (pictured above), which incorporates a house-made oolong tea syrup in lieu of honey to balance the rye whiskey and add some Asian flair.

Combine all ingredients in a preheated Irish mug. Garnish with a lemon slice.

For the oolong tea syrup:

Steep tea bags in boiling water for 5 to 8 minutes, remove, and add sugar. Stir to dissolve and let cool. Syrup can be kept refrigerated for up to two weeks. 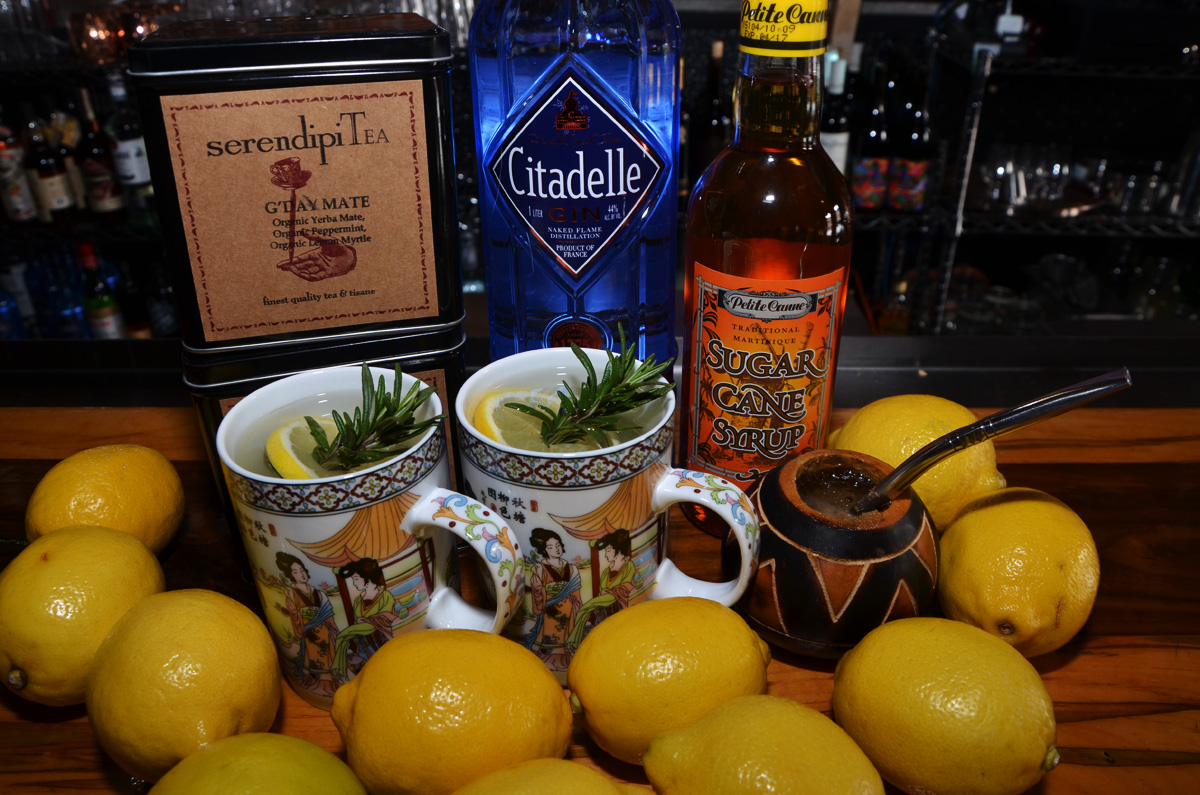 Tea Time in the Grasslands at Finn’s Manor

While cocktail whiz Robert Sickler is no stranger to unique drinks, his “Tea Time in the Grasslands” is a particularly warming treat. The gin and yerba mate blend offers an adventurously earthy profile with a hint of sweetness, and it’s sure to pair well with a bite from one of the on-site food trucks at Finn’s Manor.

Tea Time in the Grasslands

In a mug, place the gin, lemon juice, and cane syrup. Add hot SerendipiTea yerba mate to fill the mug. Garnish with lemon slice and rosemary sprig and serve. 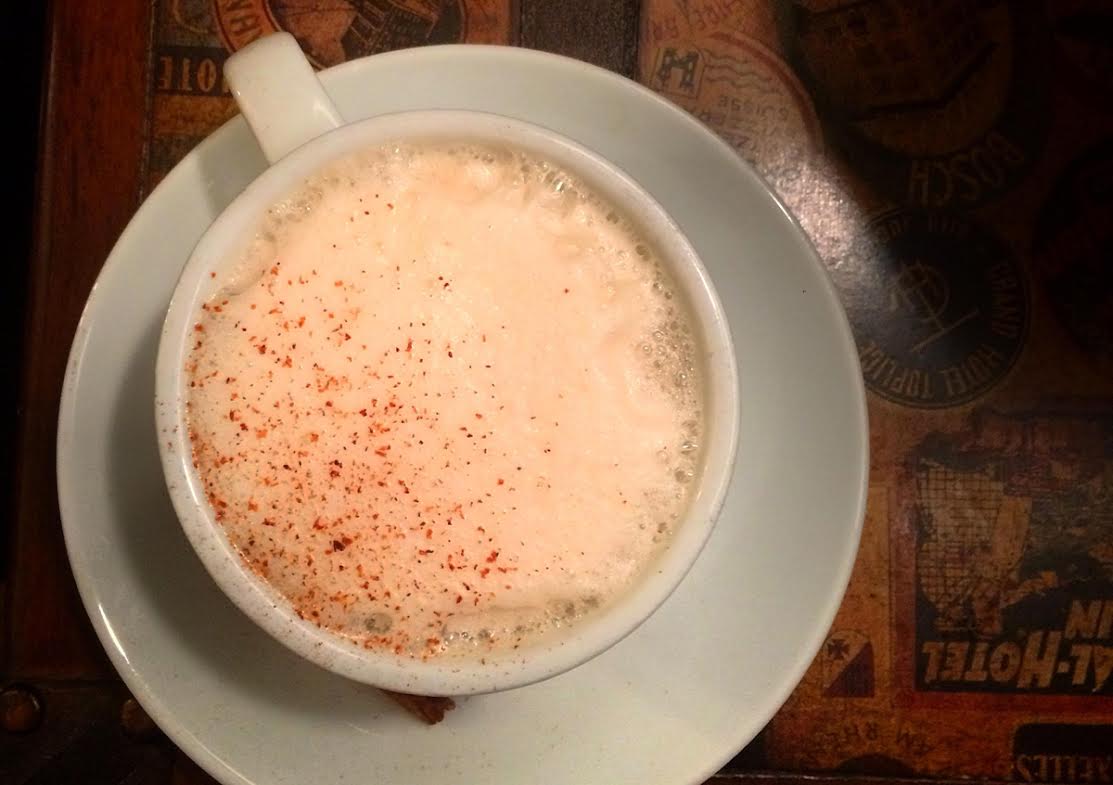 Located beneath Colt & Gray, Ste. Ellie offers a speakeasy vibe, cozy booth seating, and one heck of a beer-spiked hot toddy. The smooth, nutty malt flavors of the Left Hand Sawtooth Ale Nitro balance well with the bourbon, and when the drink is steamed, it takes on a frothy texture similar to that of a cappuccino. Don’t have a steam wand at home? Replicate the effect by gently warming the mixture in a saucepan and frothing with a whisk or milk frother.

Combine ingredients in a coffee mug, then steam using a steamer wand and garnish with a grating of fresh cinnamon.

For the cinnamon syrup:

Combine water and sugar and bring to a boil. Add the cinnamon stick and let cool.