Downtown Denver has changed a lot in the six years since I started working at 5280‘s LoDo office. Non-chain restaurants and boutiques started filling the city blocks, and more companies were drawn to an area that was once (not so long ago) considered undesirable. Then, of course, came the revitalization of Union Station and the apartment building boom. And while all this change has been—particularly from the perspective of newbies relocating from big cities—a huge asset in terms of Denver’s reputation, there are still obvious spots in the downtown core that could be called “behind the times.” One of those is the Denver Performing Arts Complex (DPAC). 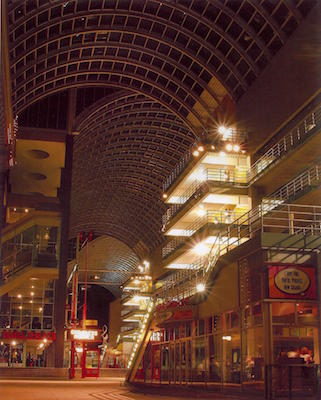 Opened in the late 1970s, the DPAC’s 12-acre site is home to the Colorado Ballet, Colorado Symphony Orchestra, Denver Center for the Performing Arts, and Opera Colorado—four of Denver’s main cultural institutions. And while it remains the second-largest arts complex in the country, anyone who’s ever walked by the venue knows it often sits empty in the hours between performances (see: image at right).

To address the ghost town feel, Denver Arts & Venues, which owns and operates the DPAC, set out in 2014 to write a new master plan for the venue. “Denver, like others, is struggling to maintain the viability of traditional fine arts organizations,” says deputy director Ginger White (pictured, below right). Case in point: One of the main motivators for this new plan was the inability of the Orchestra to fill Boettcher’s 2,700-plus-seat hall; the empty seats negatively affected the sound during performances as well.

“Our three main goals: Enliven the Arts Complex, diversify it, and sustain it,” White says. After six public workshops, two surveys, and approximately 24 focus groups, the organization is submitting a final draft of what White refers to as a “bold vision” to Mayor Michael Hancock at the end of this month. (The document will also be released to the public, likely at the tail end of February.)

The final draft includes exciting ideas for transforming and activating one of downtown’s most treasured cultural venues for the 21st century. If implemented as is: The Symphony would get its wish for a smaller, more flexible music hall (Boettcher Concert Hall would most likely be torn down). Sculpture Park would be elevated to the same level as the Galleria, and a 500-seat park pavilion with indoor/outdoor design would be built. Arts organizations around town—in need of more places to showcase their work and jazzed at the idea of reaching new audiences—would have access to that stage as well as a 100-seat black box theater. “It’s another example of Denver’s ongoing investment in the importance arts have in our civic life,” White says. “It just shows how Denver values the arts in wanting to imagine a special place for them in downtown.” 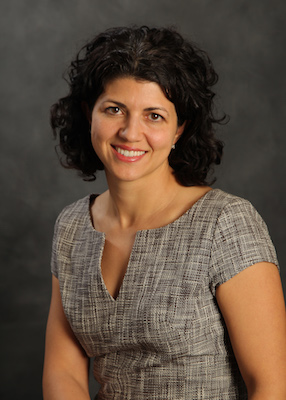 One of the earliest and most visible changes would be the tearing down of the parking garage at 14th and Arapahoe streets, which is a constant bottleneck before and after performances. As proposed, some parking would move under the elevated park and new music hall; White also hopes to continue an operating agreement with the Colorado Convention Center (CCC), which has its own 1,000-spot garage. (There’s a concurrent planning effort going on for the CCC, with a focus on improving the light rail station experience, White says.)

(Need a visual? View the master plan draft from the final public meeting in November.)

In addition, the proposal includes bike parking and the option for “commercial overbuild” on some of these new venues—meaning retail, residential, and/or hotel opportunities. Denver Arts & Venues is also in talks with Denver Public Schools about the possibility of opening another Denver School of the Arts on the site. “We lack daytime uses at the Arts Complex. These are more things that would attract people during the day [and help DPAC] feel more integrated into downtown,” White says. “Let’s make this place exciting and vibrant all the time.”

As to when this project might actually get underway—well, it’s going to be a while. White notes that the mayor is juggling the DPAC plan with ideas for improving the 16th Street Mall and enhancing downtown’s parks and public spaces. She hopes that by this time next year, Denver Arts & Venues will be able to start soliciting requests for proposals. As we all know, with construction it’s anyone’s best guess. (The cost of the whole project has not yet been determined.)

Since this is still technically a vision plan, the final details are likely to continue evolving, especially once the private sector is brought into the conversation. But the mission won’t change: “The Arts Complex is a public asset,” White says. “We want everyone to feel they’re welcome.”