Some call it the “spaceship house,” others the “mushroom.” But for more than 35 years, the Lederhos family has simply called it home. 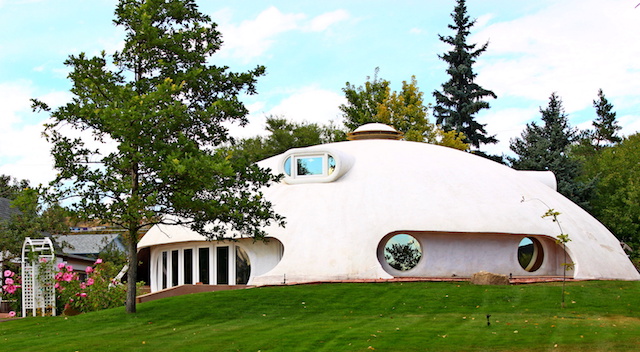 Motivated by the energy crisis of the 1970s, Clarence and Louise Lederhos were determined to build an energy-efficient abode. After much research, they opted for a monolithic dome structure designed by Boulder architect Jason Elliott Purdy. The resulting shape and materials suit eco-conscious homebuyers—of that era and still today.

“For some reason, I always wanted to live in a round house,” says Louise. “But it was the energy efficiency that drew us to this design.” 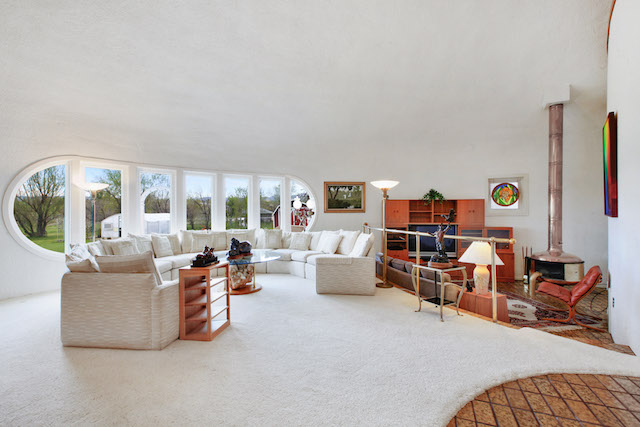 From the outside, the home—now on the market—looks like a small white spaceship that’s touched down on nearly three idyllic acres in Arvada. Inside, the home feels surprisingly large, thanks to high ceilings and deep windows. The 2,500-square-foot interior features three bedrooms, two bathrooms, a modern kitchen, and sweeping views of the foothills. Windows are plentiful, and the concept is truly open. (Bonus: The pristine, C-shaped sofa in the living room stays with the house.) Listed at $925,000, the dome home also features a three-car garage topped by a 1,000-square-foot studio with a three-quarter bathroom. 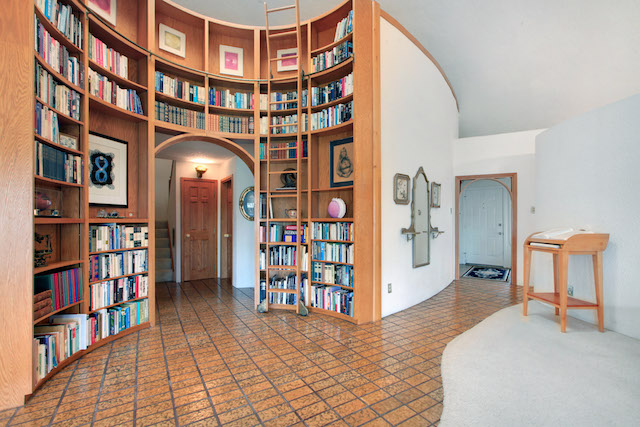 Anchored by a gorgeous oak bookshelf, which spans an arched doorway, the home’s custom woodwork is exquisite. “The architect asked me my number one priority in the home, and I said ‘storage,’” says Louise. “And wouldn’t you know it, he didn’t put one inch of storage in. We did all this custom over the years.”

The Lederhoses purchased the land in 1974 while they worked with Purdy—who was already known for his monolithic dome structures and lived in one himself on Boulder County’s Gold Hill—on plans for their dream house. Financing the property was a challenge, so the couple paid off the land before embarking on the structure. The home itself was constructed in 1978. 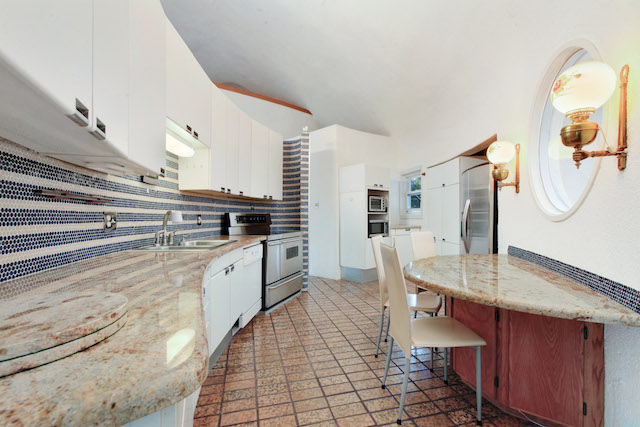 A circular structure with eight-foot-high concrete walls was built using concrete pillars before a hot air balloon was brought in to create the dome itself. Once inflated, the balloon was coated with structural foam, gunite (sprayed concrete) with reinforcement mesh, and more layers of foam. Today, those interior walls are smooth and painted a warm cream color. A new roof membrane was installed in 2015. 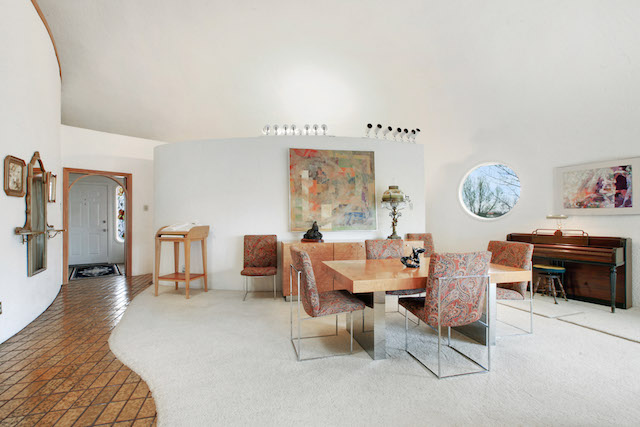 Over the years, the structure has lived up to the Lederoses’ energy-efficiency mandate: It uses about half the energy of other homes its size and doesn’t require air conditioning of any kind. An on-site pond provides water for the irrigation system, and a permitted deep well supplies water to the home.

“It’s the coldest, most delicious water you’ve tasted,” says Louise, adding that she attributes the good health of the couple’s golden years to the air quality of the home.

The grounds include a young vineyard, a greenhouse, zoning for livestock, and babbling Leyden Creek. Easy access to trails makes it an ideal horse property. And then, of course, there’s the fact that you are living in a local landmark. “I was 10 years old when they built this house; I watched them build it because I lived nearby,” says Jana Easley, the listing broker with West Charter Real Estate. “All these years I’ve always wanted to live in the ‘spaceship house.’ Now that I’ve explored the home and gotten to know the Lederhoses, I have to say it’s even better on the inside.”