This month marks the centennial of the National Park Service, which manages hundreds of properties across the country—four of which are national parks in Colorado, including Black Canyon of the Gunnison. Here, a quick guide to experiencing Colorado’s national treasures.

Rocky Mountain National Park
Tundra covers one-third of this high-alpine park, which boasts the country’s loftiest continuously paved road (12,183 feet).
What Everyone Does: Drive Trail Ridge Road to enjoy 11 stupendous miles of above-treeline panoramas.
What No One Does (But Should): Hike into the park’s northern reaches from Emmaline Lake trailhead (in Pingree Park). From there, it’s 7.7 mellow miles one way to Mummy Pass, via the Mummy Pass Trail, and 360-degree views of bald, jagged summits.
Last-Minute Lodging: Dispersed camping is permitted near Stillwater Pass along County Road 4, which heads northwest from the northern tip of Lake Granby into Arapaho National Forest. 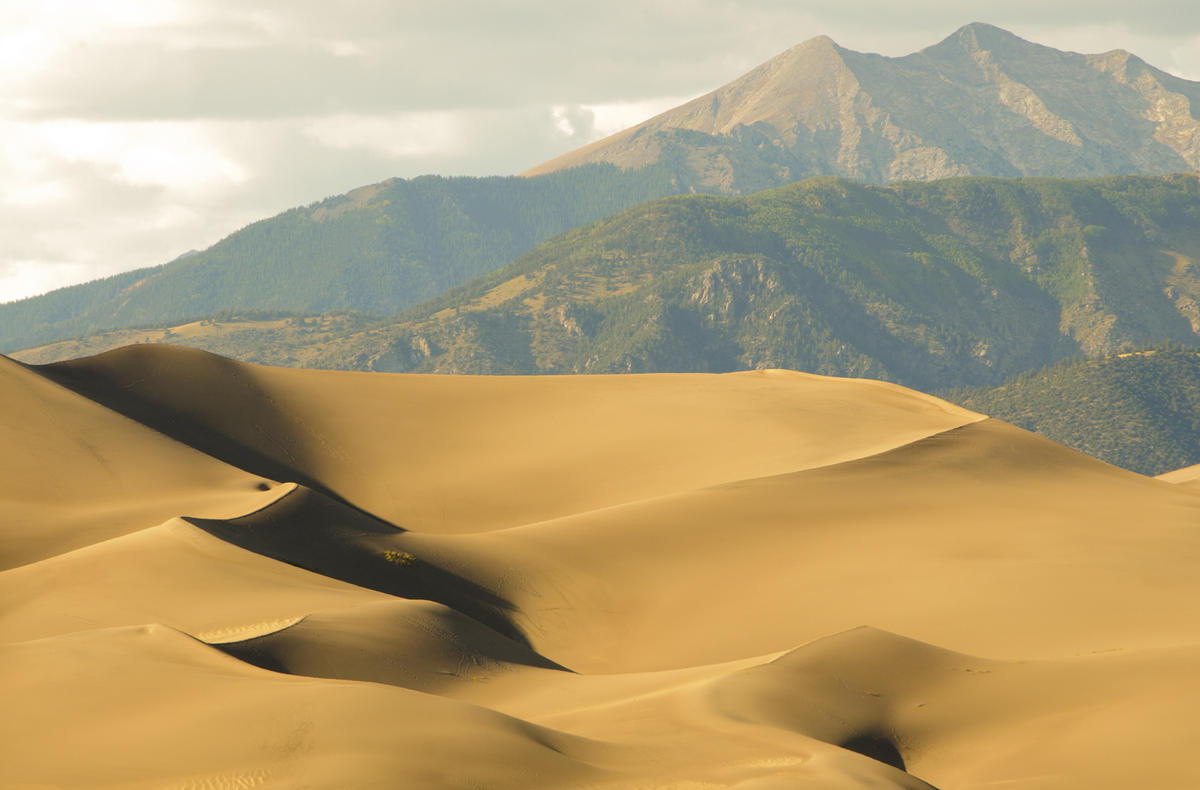 —iStock
Fourteeners border the tallest sand dunes on the continent.
What Everyone Does: Climb up the hills of sand near the Dunes Parking Lot.
What No One Does (But Should): Steer a high-clearance, 4WD vehicle along Medano Pass Road. The rough artery crosses streams and drifting sand on its 2,000-foot ascent into the Sangre de Cristo Mountains.
Last-Minute Lodging: The unpaved road to Zapata Falls Campground makes it less popular than other spots, and by nabbing one of 23 primitive sites, you get fantastic vistas of sandyland—and access to the falls.

Mesa Verde National Park
Established in 1906, Colorado’s first national park was also the first in the country to preserve man-made (rather than natural) resources.
What Everyone Does: Tour 800-year-old Cliff Palace, Mesa Verde’s largest cliff dwelling and the park’s raison d’être.
What No One Does (But Should): Join the strenuous, ranger-led hike to Mug House, a backcountry dwelling where as many as 100 people once lived ($25; offered through October 15).
Last-Minute Lodging: Sleep among apple orchards at Kelly Place, a bed-and-breakfast and archaeological preserve with campsites located 20 minutes west of Cortez (from $45).

Black Canyon of the Gunnison National Park
Thrillingly narrow (as little as 40 feet from rim to rim), Black Canyon’s drama competes with that of Arizona’s grandest.
What Everyone Does: Admire Painted Wall, Colorado’s tallest cliff at 2,250 feet.
What No One Does (But Should): Visit in the winter to ski or snowshoe up to 12 miles (round trip) between the viewpoints along South Rim Drive, which is unplowed and closed to vehicles beyond Gunnison Point.
Last-Minute Lodging: Located within Curecanti National Recreation Area, East Portal Campground contains 15 first-come sites ($16) that remain off the radar for most visitors—and off-limits to many RVs and trailers that can’t navigate East Portal Road’s steep curves.