Denver’s rapidly transforming River North neighborhood is becoming a cultural hot spot, with new galleries, restaurants, and shops popping up in restored buildings and warehouses. The vibe in this ’hood is more relaxed than LoDo, its slicker, louder southern cousin. Maybe that’s why so many breweries, cideries, distilleries, and winemakers are settling here—and the best part is you can between them all. So line up a designated drive or get your Uber app ready and embark upon the ultimate brewery tasting tour through RiNo. Here’s your roadmap to fermented happiness, with a snack stop in the middle:

Stash your car in the large, free parking garage next to the Source and head into the warehouse space for your first stop. Grab a snack from one of the food vendors (you will need it to fuel your upcoming adventure), and pull up a chair inside Crooked Stave. This brewery offers some of the very best Belgian sour beers in the city. Order a selection of samplers for the table, but don’t go nuts—you have a lot more beer ahead of you. 3350 Brighton Blvd.

Head north a block to the brand-new tap room of longtime Denver stalwarts Great Divide. Here, you can find a lineup of their most popular beers, plus several barrel-aged and seasonal selections. The Barrel Bar also serves as the brewery’s packaging facility and canning line, so if you have time, you can enjoy one of their tours. Otherwise, relax and sip on a Yeti or one of their specialty brews (while contemplating the greatness of Colorado). 1812 35th St. 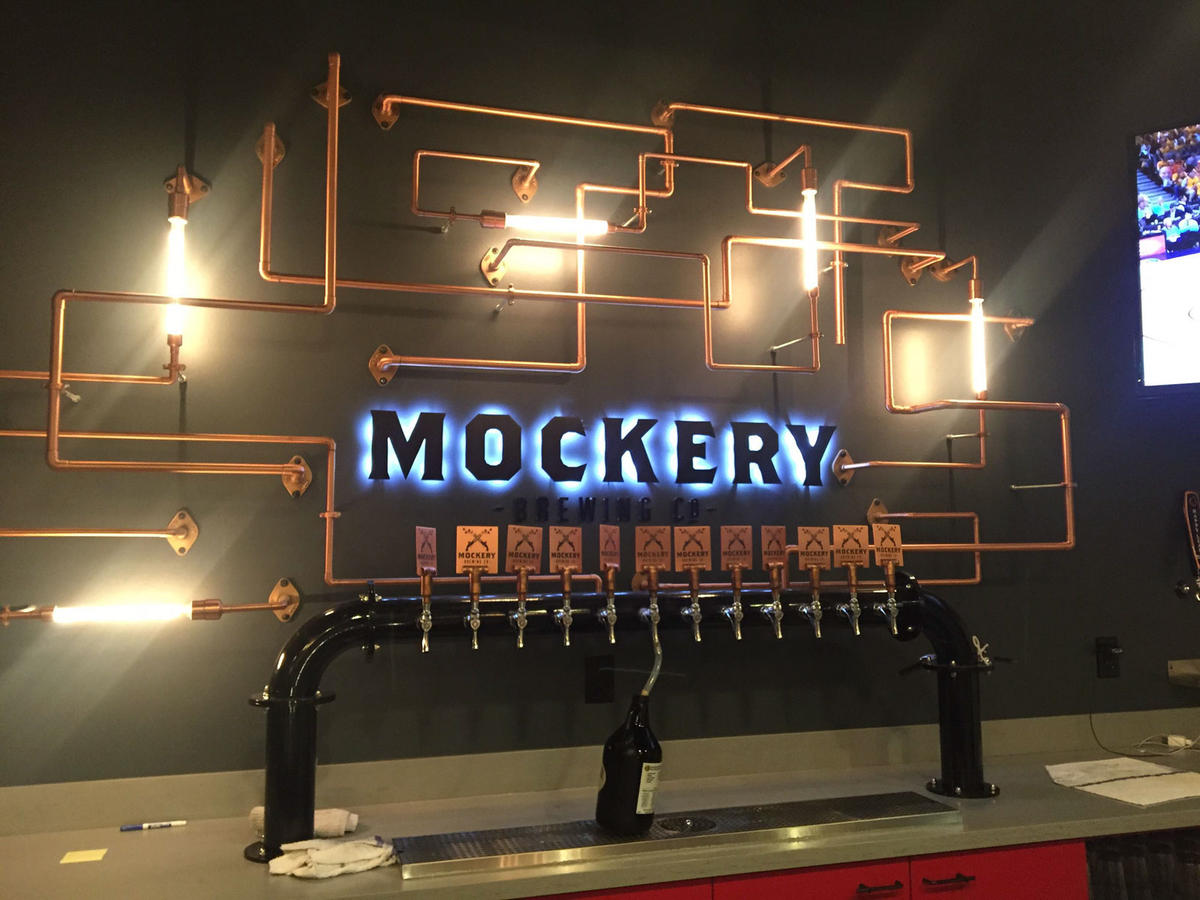 After a couple of beers, you’re feeling a bit loose. So head one block northwest on 35th Street to a brewery that doesn’t take anything seriously. For two years, Mockery has consistently tweaked traditional beer styles to create their original brews—and they’re damn good. We recommend their Ultimate Session Beer, a wry take on a classic punk rock label. 3501 Delgany St.

Now it’s time to actually walk a bit. After all, you’ve only logged about three blocks so far. Head three blocks northeast on Delgany Street to 38th, where you’ll find the brand-new Blue Moon Brewery. The views from the spot’s front deck alone are worth a visit. Try the Belgian Table Pilsner, which is flavorable and low enough in ABV to keep you going. 3750 Chestnut Pl. 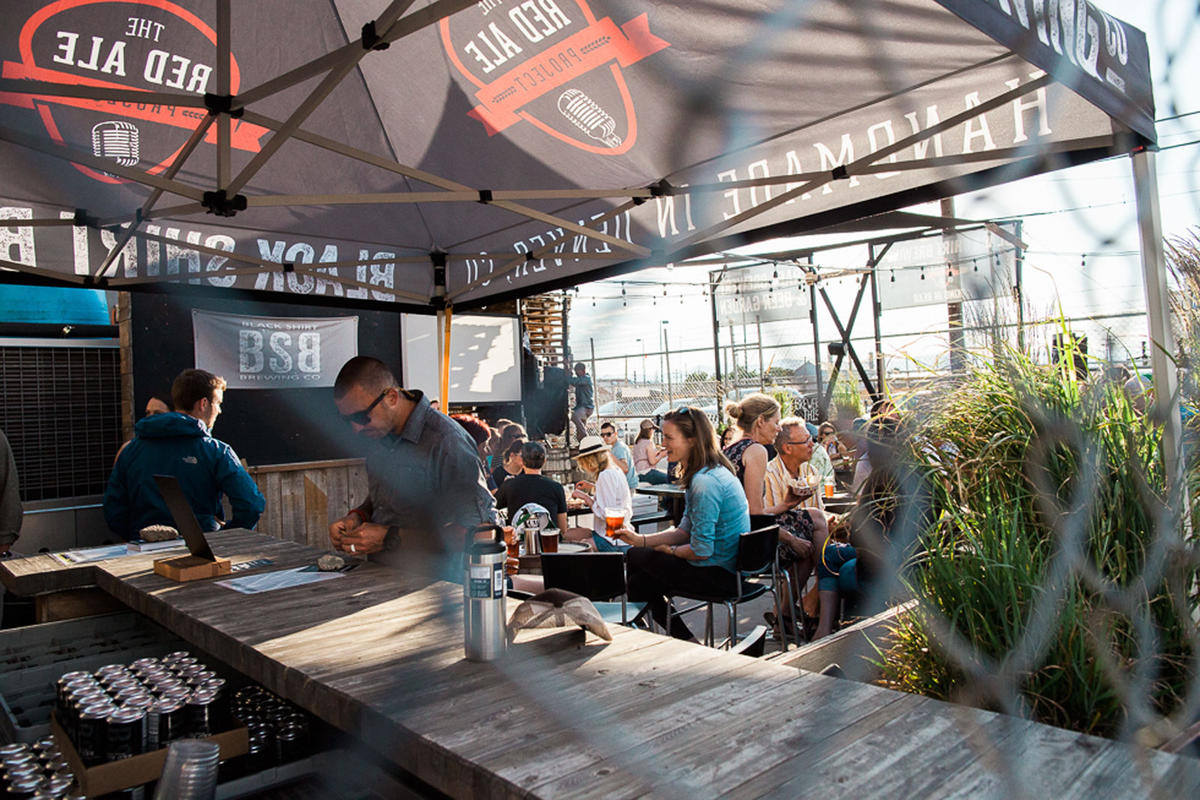 It’s time to head over to the other side of the tracks, but fear not—the beer is just as good. Head east on 38th Street for a third of a mile, and turn right onto Walnut Street. Black Shirt Brewing is just ahead. This music-focused spot has rock-and-roll blaring, a comfortable tasting room, and excellent beers. Order one of their Red Ale Project beers. You’re halfway through the walk to the other side, so you need to fuel up. 3719 Walnut St.

By this time in the tour you’ve had a few adult beverages, and it’s about time you soak them up with some deep dish, Chicago-style pizza. It’s a little bit of haul to make it to this longtime RiNo resident, but the live music and killer food are worth the walk. Grab a seat on the outside deck if you can, and eat your fill. As a beverage, may we recommend water? 3131 Walnut St.

Just around the corner is a RiNo gem. Beryl’s Beer Co. focuses on old world-style brews that are full flavored and deliciously complex. Best of all, Beryl’s offers a selection of excellent barrel-aged beers. Grab a pint of their Logan’s Barrel Reserve, a black lager infused with coffee from a local roaster, Logan’s House Coffee Company. 3120 Blake St. 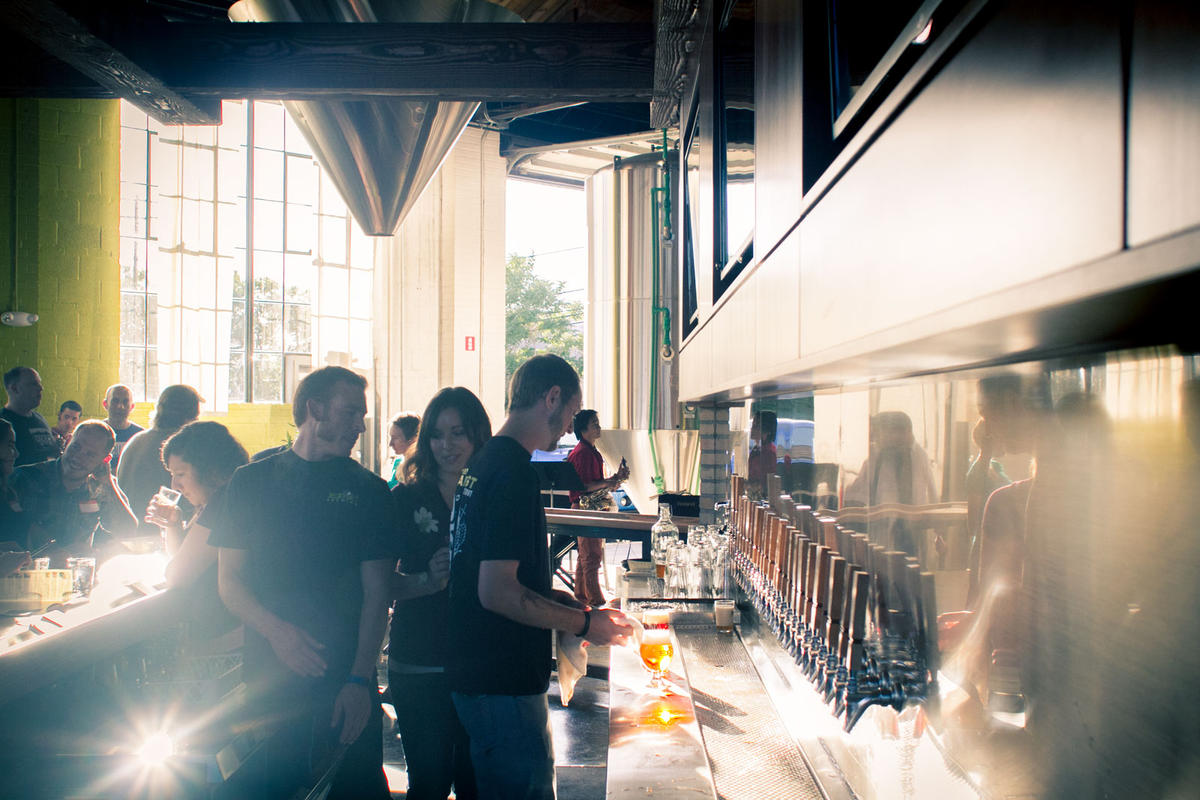 Two blocks away, you’ll (quite literally at this point) stumble on Epic Brewing, which offers 25 beers on tap—from their traditional lineup to rotating seasonals to special cask-conditioned ales. You could easily spend an entire afternoon here, the beer is that good. Originally from Utah, this brewery has an impressive amount of medals from the Great American Beer festival. Order The Professor’s Flight, a selection of some of their finest. 3001 Walnut St.

After sipping golden goodness for the last few hours, it’s time to expand your horizons. Stem Ciders has a comfortable tasting room and a rotating selection of beverages on tap. Order a Remedy, the dry-hopped cider, their homage to craft beer, or try one of their seasonal selections. 2811 Walnut St.

You’ve done it! You’ve arrived at the last stop on your tour. Time to reward yourself with an IPA from the tiny Zephyr Brewing. Tucked in a basement space just off Walnut Street, this brewery is only two blocks south of Stem. Kick back, watch some sports on their numerous TVs, and compare notes on the fantastic beverages you just sampled. Then call an Uber, Lyft, taxi, or your designated driver to get you home. 1421 26th St.

Note: If touring all of RiNo seems a bit ambitious, you can easily split this tour into two parts—one on each side of the tracks.