Morrison’s year-round population might register under 500, but it’d be a mistake to bypass this town en route to a show at Red Rocks Amphitheatre. The Jefferson County borough boasts a lively main drag, rich 19th century history, and amazing Front Range hiking. Here’s your guide for spending a perfect day in Morrison. 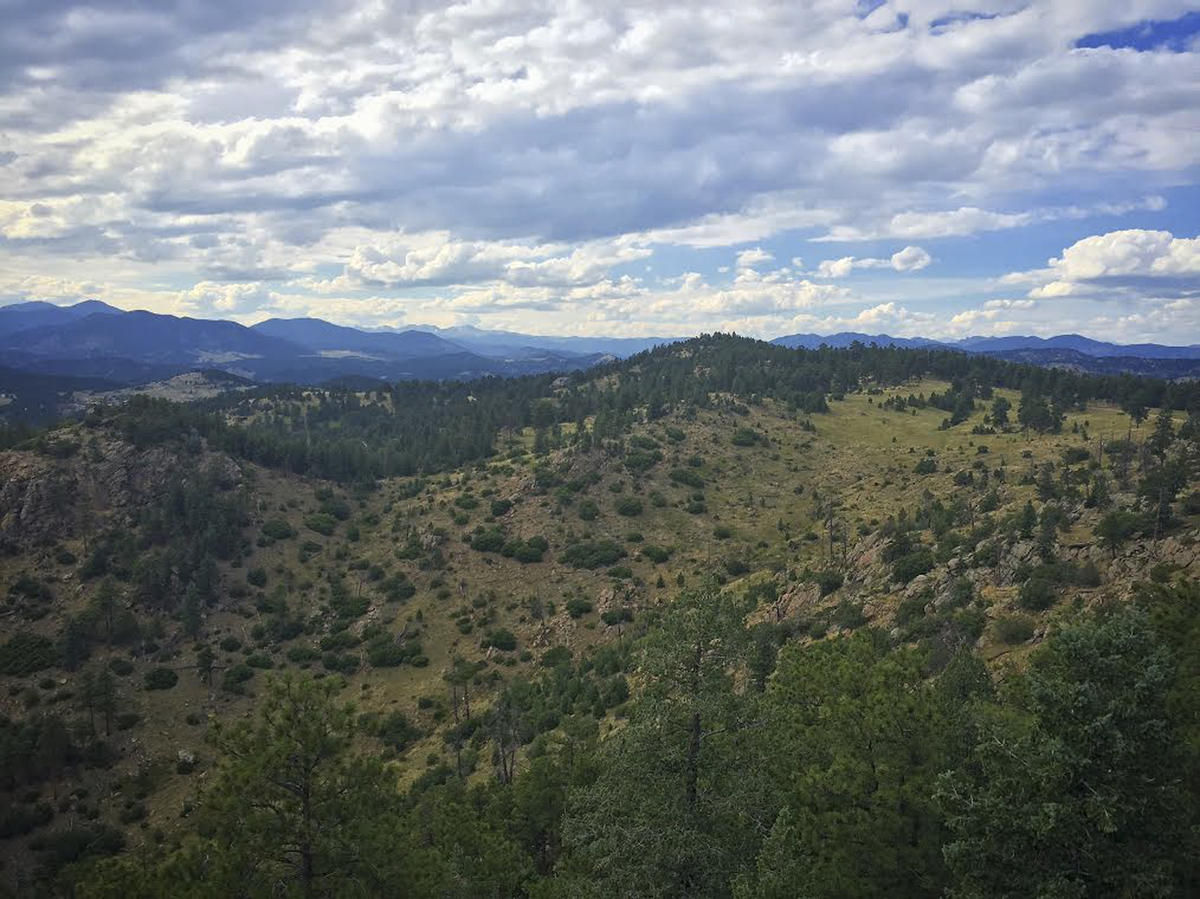 Views from the Tower Trail lookout in Mount Falcon Park

Get Outside: The appropriate way to start any day in Morrison is on the trail. Nestled among several parks—including Mount Falcon, Bear Creek Lake, Matthews/Winters, and William Frederick Hayden—your options are plentiful. A personal favorite is the combined Castle and Tower trails in Mount Falcon Park, where you’ll get panoramic views of Mount Evans with a dose of history. The Castle trail takes you to the ruins of a swank home built by inventor John Brisben Walker—an influencer who eventually purchased much of Red Rocks and Mount Falcon parks—that was struck my lightning in 1918. Once you’ve thoroughly explored the ruins, continue on to the connecting Tower Trail, which will lead you to a supreme lookout point with expansive views of the Front Range (see above). For another history-infused (and family-friendly) stroll, head to Dinosaur Ridge. Colorado’s own Jurassic Park, this two-mile trail traverses 15 different fossil sites and is a National Natural Landmark.

Shop: Morrison’s quarter-mile strip, Bear Creek Avenue, hosts a number of quaint and unique boutiques. Start by parking at the east end of Bear Creek Avenue and heading into the Morrison Country Store. The 32-year-old stalwart might just be the ultimate place to shop for seasonal decor; throughout the fall, you’ll find its rooms chock-full of unique halloween decorations, velvet-covered gourds, turkey-emblazoned dinner accessories and—yes—pumpkin everything. Once you’ve stocked up, meander west down Bear Creek Avenue (don’t forget to feed your meter). A few doors down, you’ll find Sundance Sensations and its subsequent liquidation store (the latter is hidden between Rock ‘n’ Roses Boutique and Cafe Prague). The main store has a wonderful little collection of fashionable hats, scarves, and hippy-esque apparel from India, Nepal, and Thailand. When the seasons change, all of its unsold clothing goes to its liquidation store, where you can currently nab the ultimate music festival outfit (think: harem pants and a feminine crop top) for less than $50.

The 32-ounce (!) margarita at Morrison Inn isn’t even the largest option

Sip: For a town with such a quaint main drag, Morrison touts a pleasurably disproportionate number of patios for dining and imbibing—but mostly for the latter. Soak in the Colorado sun at the Morrison Inn, which has been serving unreasonably large margaritas (they come in 16-ounce, 32-ounce, and 60-ounce options) since 1987. This Mexican restaurant offers house-made hot sauces, which you can sample with chips at your table, and then purchase at their adjacent gift store, which also sells Juan’s margarita mix and a small collection of Colorado garb and apparel. If sipping a mojito next to a waterfall sounds appealing (as it should), head to Beso de Arte, a Latin-inspired joint with a killer patio. The second-story patio at Tony Rigatoni’s Italian Kitchen is a great place to pregame a Red Rocks show, and offers a lovely view of Bear Creek Avenue. (Check out Red Rocks’ fall schedule here.) The fireplace that slices through the community table in the center of the deck will help keep you warm on fall’s cooler days. When you need a pick-me-up from all the booze, seek out a cup of the good stuff from Morrison Joe, which is tucked between Cafe Prague and Tony Rigatoni’s.

The Cow Eatery’s menu, adjacent to their old-school, walk-up window

Grub: The family-owned Cow Eatery is a swell place to grab a casual breakfast or lunch, as long as you don’t bypass their homemade ice cream. If you’re in the mood for more of a sit-down dinner, you’ll likely want to venture away from the town’s main drag. For new American cuisine (think: chile lime scampi, beef tenderloin, gourmet pizza and flatbreads) paired with a decent glass of wine, head to Twin Forks Tavern. For bruschetta, caprese salads, and flights of wine that don’t require a car ride, try Flights Wine Cafe. A meal in its welcoming, intimate setting is often accompanied by live music from local performers. And despite being in a strip mall, 5281 Steaks is a surprisingly enjoyable—and family friendly—option for traditional American comfort food.

Any out-of-towner visiting Morrison would be remiss not to at least stop by the Fort, a 53-year-old restaurant that is on the National Register of Historic Places. Even the kitschy eatery’s menu pays homage to Colorado’s western roots, with items like a “game plate” (which features Elk, Buffalo, and a grilled Quail) and a “historic drink” menu, which features a Prickly Pear Cooler, a nonalcoholic cactus beverage that is said to have been enjoyed by fur traders in the 19th century. 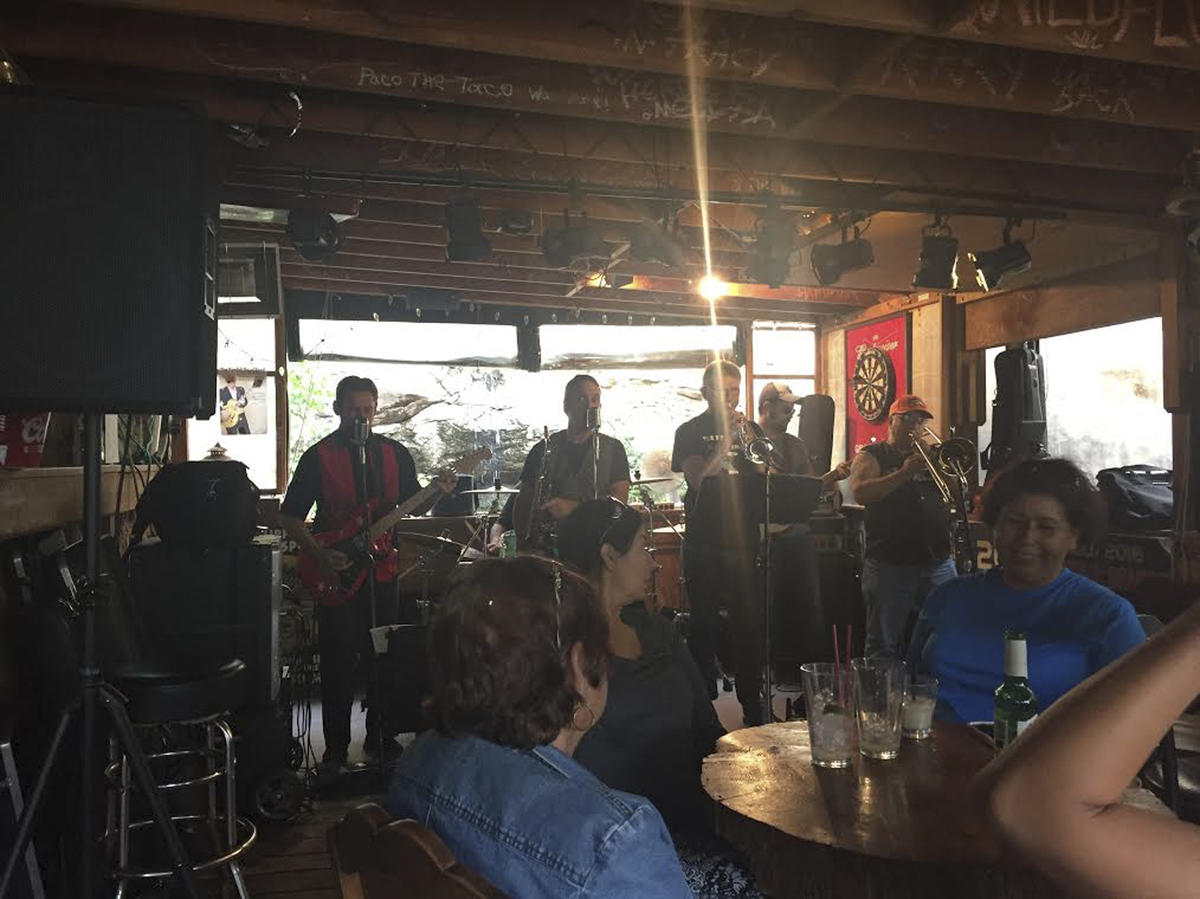 Locals’ Secret: If you’ve driven down the windy Parmalee Gulch Road after a hike in Mount Falcon Park, you’ve likely zoomed right by one of our favorite Jeffco watering holes: The Sit N Bull Saloon. The coolest thing about the Indian Hills Saloon is its peekaboo view of the adjacent mountain and a small, trickling waterfall which can be seen through the bar’s main room and serves as the backdrop for occasional live music.

All photos by author unless otherwise noted