Foregoing car ownership in Denver is only getting easier. One of many companies capitalizing on that is Zipcar, a vehicle-sharing staple that expanded its Denver fleet earlier this year for a total of more than 70 cars. With the introduction of Maven, a new GM-owned car sharing service with 60 vehicles and counting in the Mile High City, competition is brewing.

Maven opened in mid-November with vehicles in 20 metro-area streets and parking lots. Operated entirely from an app—including door unlock and engine start—the service differs from Zipcar in that it doesn’t charge application fees or monthly fees. Daily prices start at $8 per hour plus tax for a compact car (more for vehicles as large as pickups), which includes insurance and up to 180 miles in fuel. Maven also advertises itself as $13 cheaper per day than Zipcar.

Lindsey Whiddon, Maven City General Manager for Denver, says she has tried to market the service directly to Denverites by offering a large number of SUVs, as well as ski and bike racks on a “good handful” of vehicles. “[In Denver,] the best thing about what we’ve seen so far is that almost all of our members are reserving a second, third, fourth time very quickly after they start jumping on the platform,” Whiddon says. “That’s a good indication that it’s being well received.” 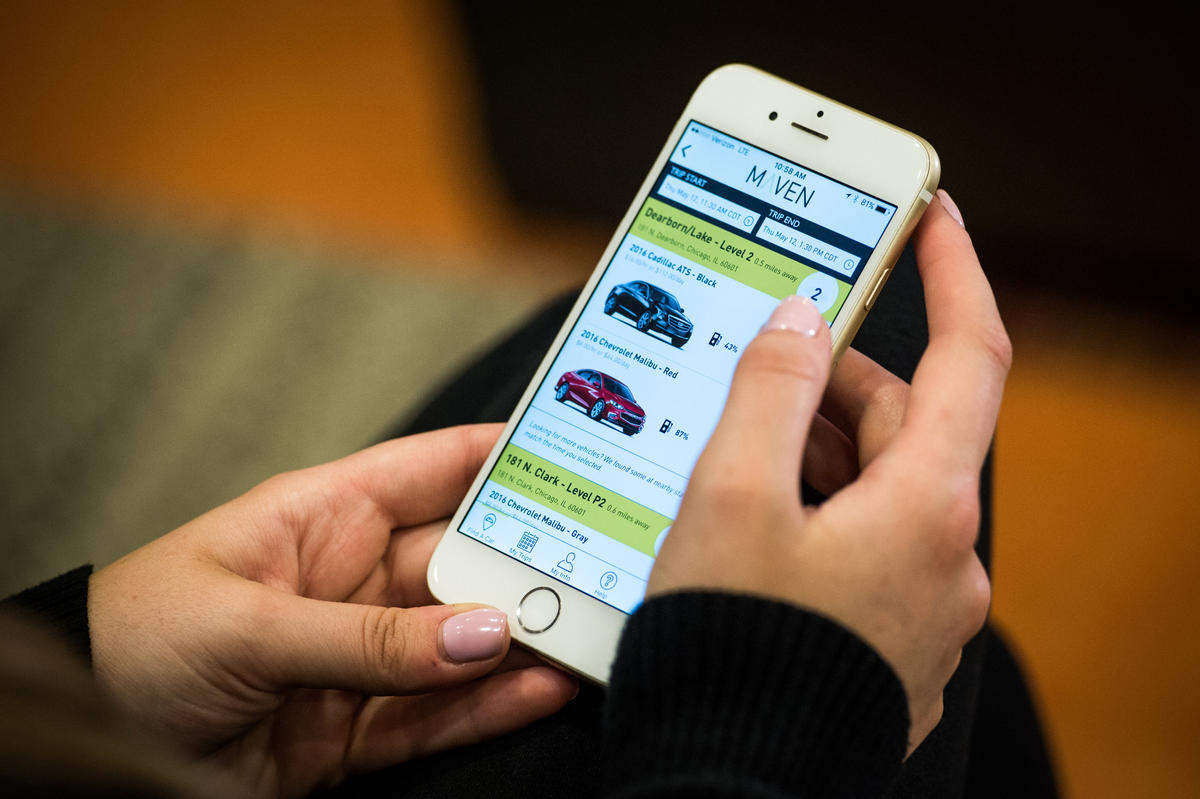 Maven’s cars are parked on streets and in lots throughout the city, including locations near University of Denver and University of Colorado-Denver. Some of Maven’s features not matched by Zipcar include OnStar, 4G LTE wifi, Apple CarPlay and Android Auto.

Zipcar has a key advantage over Maven in offering certain cars with open-ended destinations. As of now, each Maven vehicle must be returned to the lot or space it came from, but Whiddon says Maven is currently testing a one-way program in its Michigan market (Detroit to Ann Arbor), with the hope of bringing it to Colorado.