What a lovely way to start the day: We’ve just heard that Kimbal Musk is taking his Colorado real food- and local farmer-focused Next Door Eatery concept on the road in a big way. He went live with the story this morning, sharing his plans to open—wait for it—50 new Next Doors across the Heartland by the end of 2020. “We’re going to start with 10 in 2017, then scale up from there,” says Musk. “I have spent the past few years traveling from Memphis to Pittsburg to Detroit. The need and the demand for real food at an affordable price is there, and these communities are supporting us.”

Before Musk opened the first Next Door concept in Boulder in 2011, he went to the 50 or so local Colorado farmers he was working with to supply his upscale bistro, the Kitchen, with quality, all-natural ingredients. “I asked them what they could grow for us if we started an affordable concept,” says Musk, “with a plan to design the Next Door menu around the produce.” Beets were part of the answer, according to Monroe Organic Farms in Kersey, who began growing them at scale for Musk. The ever-popular beet burger is just one example of how Next Door puts those beets to delicious use.

Musk also learned from Roger Koberstein (of Colorado Natural Best Beef in Holyoke) that buying an entire cow— rather than just the primal cuts—could cut costs dramatically. Today, Koberstein delivers two cows each week, with the primal cuts going to the Kitchen and ground beef going to Next Door. Musk is taking this model to Memphis and Indianapolis in the next few months, and exploring communities in Cincinnati, Toledo, and beyond. 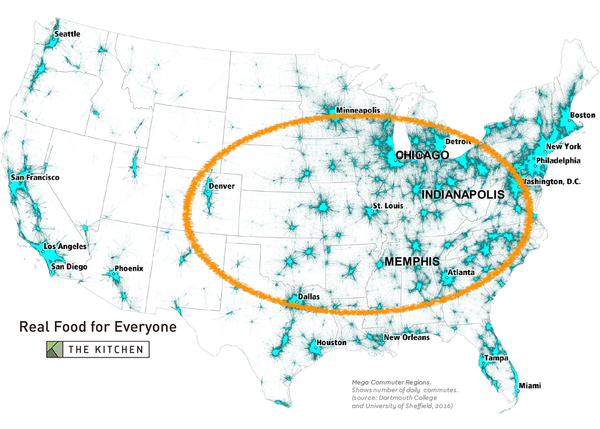 Next Door’s expansion will focus on America’s Heartland.

Musk is also going to partner with food delivery apps to make it easy for customers to order their food ahead for either pick-up or delivery. “Starting with our Denver locations, we’re going to roll out a brand new to-go menu sometime next month,” Musk says. “And our Stapleton location is scheduled to open in March.”