When the name “Loveland” comes up in conversation, you’re most likely thinking about the Rockies’ stunning Loveland Pass or the nearby Loveland Ski Area. Yet 19th-century railroad entrepreneur William A.H. Loveland first lent his name to a town more than 100 miles from the Continental Divide—one that’s often overshadowed by Fort Collins, its neighbor to the north. That disregard seems to have been a boon for Loveland, which has quietly built up a dining, shopping, and recreation scene that’s more than worthy of weekend exploration. The best days to go are February 10–12 during the free Loveland Fire & Ice Festival, but there doesn’t need to be an extravaganza going on for you to adore the Sweetheart City.

The Odometer: 52 miles (about an hour) one-way

For Breakfast: Get stuffed on a mound of hash browns, your choice of meat, cheese, red or green chile, country gravy, and two eggs—a smorgasbord known as a “Papa”—at Doug’s Day Diner (or the half portion, a “Whimpie,” if your stomach just isn’t big enough to hold that many calories at once).

For Dinner: Nibble on two or three of Door 222’s sizeable tapas; our picks are the stuffed peppadew peppers, the crispy grits with honey and goat cheese mousse, and the smoked salmon pintxo.

For Dinner on Sundays: On the last day of each week, Henry’s Pub hosts a walleye fry, in which chefs hand-dip walleye fillets in housemade Fat Tire beer batter and serve it with chips and coleslaw.

For Dessert: Delight in one of B. Sweet Cupcakes’ scrumptious treats. The tiny bakery makes 85 different flavors, but the available options rotate daily. (We like the chocolate cherry.)

In The Morning: The Coffee Tree’s got any kind of java you could want, including specialty drinks such as the Latin Lover, a dark mocha concoction with cayenne and cinnamon (plus breakfast burritos and sandwiches).

During Happy Hour: Head to southern restaurant Mo’ Betta Gumbo for more than 20 flavors of moonshine, distilled in-house by chef and Arkansas native Clay Caldwell. Get it in a mule (we recommend the off-menu pineapple sage, which pairs nicely with ginger beer), a hurricane (the Mo’ Betta Mama features blood orange moonshine, coconut rum, pineapple juice, orange juice, and a splash of grenadine) or the Katrina Shot, a hodgepodge of random moonshines mixed together. Don’t leave without an order of the hush puppies smothered in gumbo.

Out On The Town: Loveland boasts eight craft breweries, four of which have won medals at the Great American Beer Festival (Grimm Brothers Brewhouse, Verboten Brewing, Crow Hop Brewing, and the brewpub chain Rock Bottom Restaurant & Brewery). Hit Grimm Brothers for German styles, Verboten for experimental brews, and Crow Hop if you’re looking to try a bunch of different beers; we liked every one we tried there. Or book a NoCo Short Bus Tour to be shuttled to Grimm Bros., Loveland Aleworks, and Big Beaver Brewing Co. in one afternoon. (On February 13, splurge for the tour’s Valentine’s Day Brunch & Brew package.) 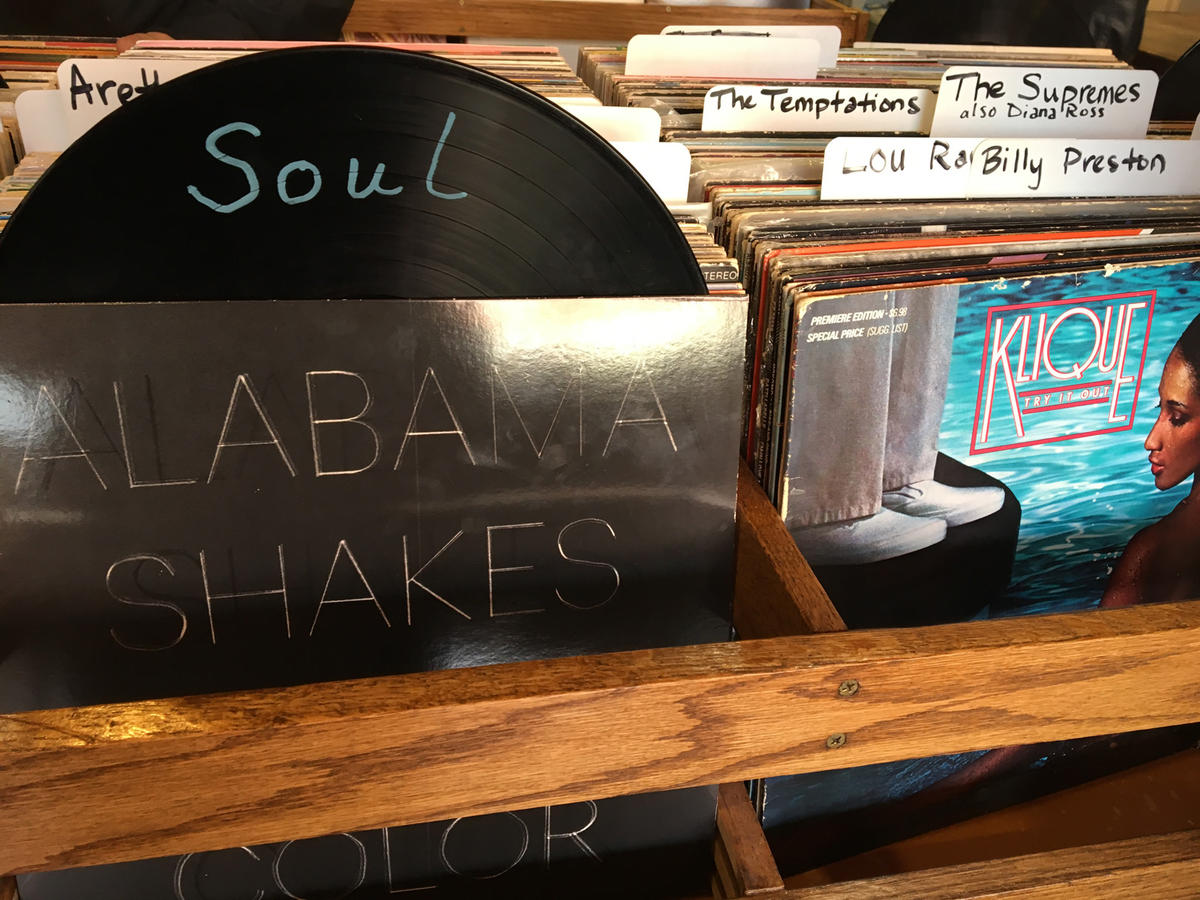 For Antique Books and Local Art: Paintings—many by local artists—cover the walls of the cavernous Dickens Alley, while the bulk of the space is filled with shelves and shelves of rare tomes. (We recently spied an 1881 copy of A Lady’s Life in the Rocky Mountains.)

For Vinyl, Guitars, and Even Amps: Downtown Sound is the kind of record store your small town had growing up (or the one you wish it did). Heavy on the classic rock and soul albums, the shop boasts a decent selection of guitars, amps, and turntables for sale.

For Home Décor: Billed as a women’s clothing store, Cloz to Home is actually more of a treasure trove for unique furniture, such as a bench made from a carriage seat, and knick-knacks (think: wire pendant lamps, patchwork-esque paintings, and distressed wood picture frames). 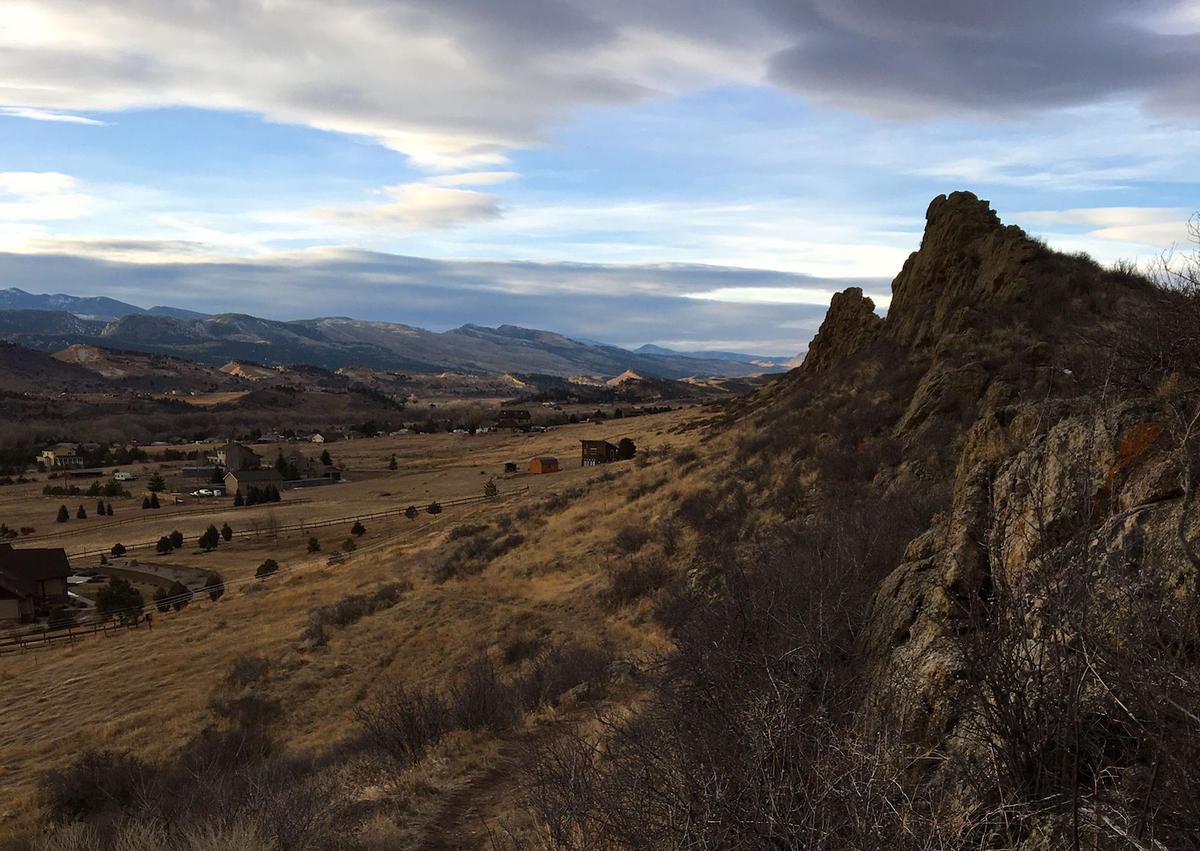 Glimpse Art: Loveland has long been known for sculpture, and you can see its penchant for the art form at two prominent parks. Benson Sculpture Garden is located at the edge of a subdivision, but don’t be fooled by its unremarkable surroundings: 154 pieces by world-famous sculptors are spread across 10 acres of grassy knolls. Don’t miss TD Kelsey’s crouching moose, titled “Swamp Donkey,” on the shores of South Pond.

Equally impressive is Chapungu Sculpture Park, the only permanent exhibit in the United States to show off the Zimbabwe/Shona tribal tradition of sculpting. (The word “Zimbabwe” is actually derived from a native word that means “house of stone” due to the massive and diverse amount of stone found naturally in the country.) Here’s a walking map to help you navigate the 82 sculptures spread along a carefully manicured, 1.5-mile trail.

Witness History: Loveland is bursting with buildings that date back to the 1890s and early 1900s. Take a walking tour past these historic structures, guided by the Loveland Historical Society’s informative brochure. Some highlights include Loveland Steam Laundry, which has been operating continuously—and owned by the same family—since 1912, and Loveland Feed and Grain. The 1891 flour mill is being converted into an artist incubator (the neighboring apartments, the Artspace Loveland Lofts, opened a year ago as a live/work space for artists) with the hope of launching in the next few months.

Glimpse Art and Witness History: The Loveland Museum/Gallery outlines the early history of the town, from a recreation of the house of Mariano Medina, the first European to settle in the Big Thompson Valley, to an exhibit on the alabaster (a stone that resembles pink marble) naturally found in the area. And of course, the museum explains the backstory of Loveland’s Valentine Re-Mailing Program, in which volunteers will stamp your valentine with a special mark before shipping it off to your loved one; send yours before February 9 in order for it to arrive by Valentine’s Day. Make sure to head upstairs to see the 40-by-50-foot topographical map that lays out the Colorado-Big Thompson Project’s routes diverting water from the Western Slope to the Front Range and into the main gallery for an exhaustive retrospective of local painter Richard Schilling’s watercolors, on display through February 19. On February 10, members of the Fort Collins Symphony Orchestra will play in the gallery while Schilling signs special edition sketchbooks from 6 to 8 p.m.

Hike: About five miles from downtown is Devil’s Backbone Open Space, a 2,000-plus acre grassland with 12 miles of trails lined by hogbacks—steep, layered rock formations that were deposited around the same time the Tyrannosaurus Rex roamed the earth. Some of the longer trails are often closed because of muddy conditions in the winter, but there are plenty of shorter options ranging from 2.5 to 6.5 miles roundtrip. We like the Hunter Loop Trail for its expansive views of the Big Thompson Valley.

See a Show: The Rialto Theater Center began showing silent films in 1920, fell into disrepair in the early ’80s, was restored to its former stunning glory by 1995, and now hosts musical acts on a regular basis. On March 11, four female singer/songwriters—Rebecca Folsom, Liz Barnez, Mary Huckins, and Sally Barris—will join together for a special performance on the Rialto stage.