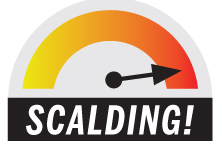 Boulder sauce-maker Carlos Ruiz’s decades of kitchen experience (including manning the burners at the Stanley Hotel) pay off with Wicked Hot. Ginger, mango, guava, and other Caribbean flavors form the backbone of this must-have condiment, which, as Ruiz likes to say, bites twice: on the tip of your tongue and again at the back of your throat. Use it on: sautéed spaghetti squash, pulled pork sandwiches, Hawaiian pizza. chiporro.com 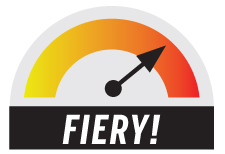 A quest to eat less sugar and fewer preservatives led Jolene Collins to make her own Sriracha in 2010. Her small-batch sauce has all the heat of the red rooster (and its healthy dose of chile and garlic flavors) but is spoonable instead of squirtable. The dynamic sauce nabbed the attention of Joel Peterson, founding winemaker at California’s Ravenswood Winery, who reached out about marrying wine with the hot sauce. Denver-based Collins began adding the vintner’s varietals to her mixtures, and the result is a thick, addictive sauce that begins with a bite and ends with oaky notes. Use it on: eggs, pizza, stir-fry. lovehardinc.com

Centennial teenager Keenan Adams’ love of hot sauce was fully developed by age nine. On a mission to find the perfect level of heat and flavor, the now-19-year-old began crafting his own batches in his parents’ kitchen in 2005. That handiwork has yielded five varieties (which recently won top nods at the Hot Pepper Awards in New York City). We like them all, but we especially dig Mean Green for its deft melding of fiery habaneros, jalapeños, and serranos with tangy tomatillos. Use it on: grilled meat, avocado toast, tamales. k-sauce.com

Kelly Schexnaildre began selling her sauces at the Old South Pearl Street farmers’ market in 2014; now the Denverite’s bottles grace tables at eateries such as Olive & Finch, Sunnyside Burger Bar, and Under the Umbrella. Her take on Sriracha has notes of sweet peppers, vinegar, and tangy pineapple. A couple of drops of this all-purpose elixir add balanced depth, flavor, and heat. Use it on: paella, bibimbap, sandwiches. merfscondiments.com