In May, when Scott Shiller abruptly resigned as president and CEO of the Denver Center for the Performing Arts, one of Denver’s key cultural leadership positions became up for grabs. Less than three months later, the DCPA made history with the selection of Shiller’s successor: Janice Sinden, Mayor Michael Hancock’s five-year chief of staff and the first woman to be named president of the DCPA. As she takes the reins, we asked the Colorado native about her outlook on her new role.

5280: How does it feel to be named the DCPA’s first female president and CEO?

Janice Sinden: I’m so honored that I am a female and I get to be in this role. Following the past leadership of the DCPA is an incredible legacy to uphold. Hopefully I can bring fresh, new perspectives. It’s funny, I don’t think about being female a lot. I think it’s just who I am—I’m feminine, but it’s not, for me, about being a woman first. It’s about hopefully bringing the right skills, relationships, vision and collaborative spirit to carry on the legacy of the organization.

With your background in city government, what drew you to a position in the arts?

Art is the crown jewel of the city and county of Denver, and I have patronized the arts for a long time. I grew up in Fort Collins, and I always went to the Lincoln Center, church performances, and community programs. It’s just something that’s been so vitally important to me personally. And then having been exposed to it in the way that I have while working for the mayor, it just felt like the perfect alignment of my passion for the arts and the work that I’ve been doing for the city. It’s a once-in-a-lifetime opportunity. 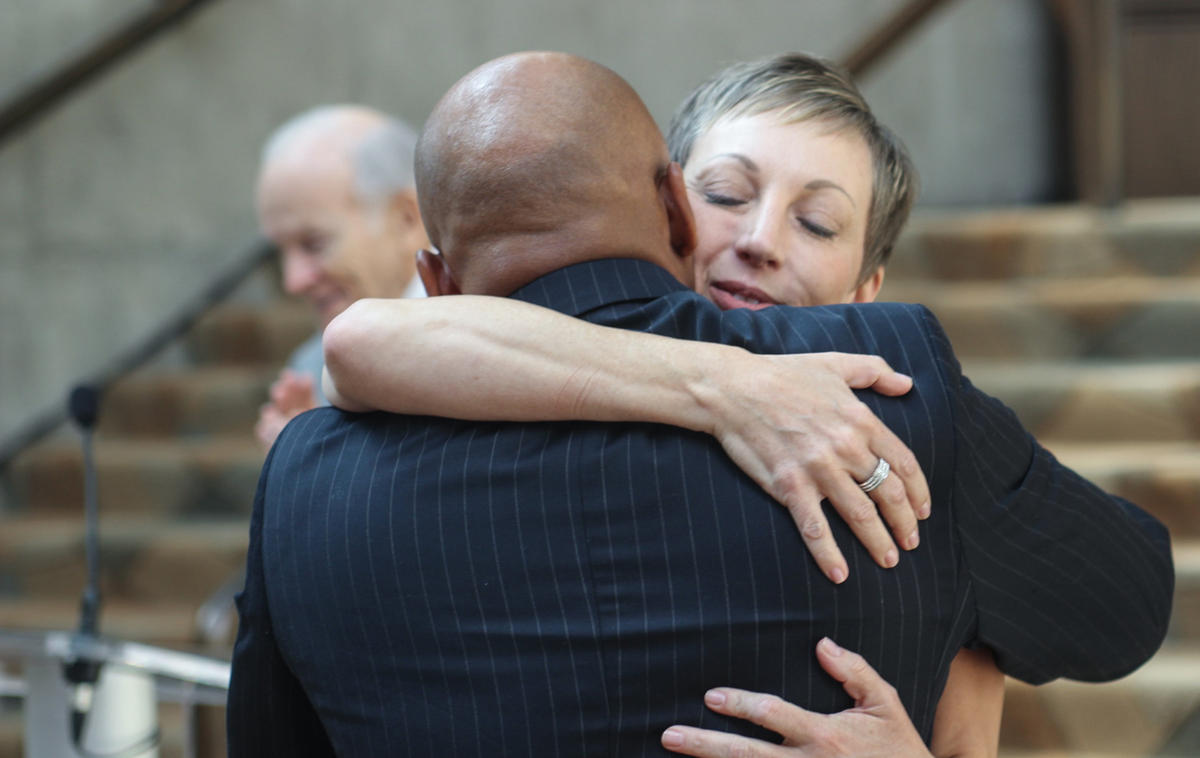 Sinden shares a hug with Denver Mayor Michael Hancock at her appointment press conference on August 23 at the Denver Performing Arts Complex.

Is it tough to leave your role with the city and move on to something different?

It’s bittersweet. I love the mayor. He’s my guy. We’ve worked together for five years, and to leave him and the team that we’ve built is so hard. A lot of our projects are at a really critical point, but I also feel like they’re on the right trajectory. My leaving is not in any way detrimental to those projects, but it’s hard to leave.

What are some big ideas you have for this position in the coming years?

I really want to ensure that education programming that is funded by stakeholders and patrons is taken to the next level. I think there’s a lot to do to ensure that children at an early age appreciate how influential the arts can be on the way you think. Also, I feel really lucky that I know a lot of the diverse communities in Denver and the region, so I’m excited to help bring new relationships to the theater and diversify the faces in the seats. 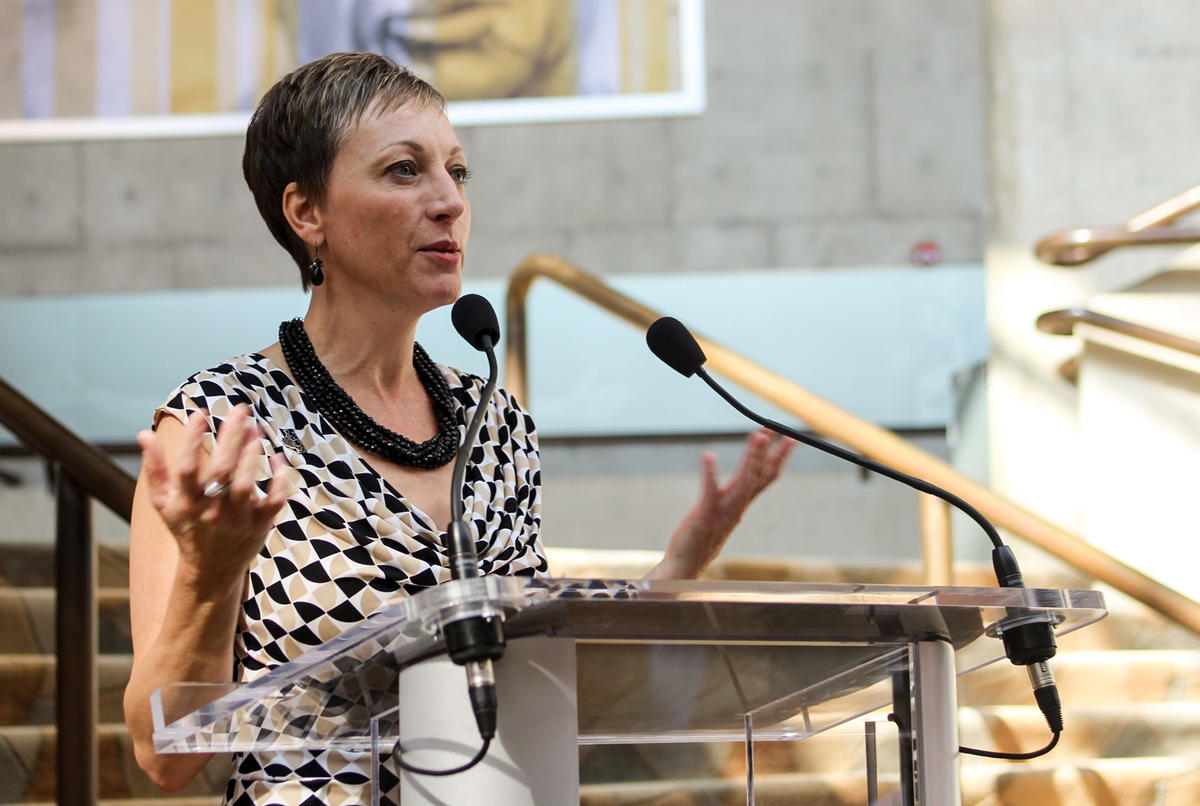 One of the projects that could affect the DCPA is the Next Stage Vision Plan, which Hancock announced in March. What should the public know about this plan?

The Denver Performing Arts Complex is almost 30 years old, and the buildings are in need of some attention. Because there are such reputable resident tenants, including the DCPA, Colorado Symphony, and Colorado Ballet, there’s a real desire by the arts and culture community to see that campus be more utilized. Right now, performances, trainings, and rehearsals are all the campus has really been used for, so there’s a lot of opportunity to reinvigorate the complex. There could be retail opportunities, dining opportunities, and the venues could be used for other purposes. Do you put a hotel on top of a new symphony hall? Do you have condominiums? Is there a live–work space? There has been a robust community engagement process with internal and external stakeholders. Probably by the end of first quarter of next year, the mayor will have something to react to.