The beginning of fall means the beginning of football season, when about three million American kids will bang their bodies together for sport. Those collisions will result in roughly 100,000 players sustaining at least one concussion this season, according to a recent study. Now there’s a noninvasive way to decipher how significant those injuries are, thanks to Denver Sports Recovery’s (DSR) baseline cognitive brain test.

Under the umbrella of DSR’s NeuraPerformance Brain Center, the test quantifies an athlete’s pre-football (or, really, any contact sport) brain function by measuring problem-solving, memory, concentration, and reaction time. After a head injury, a patient can re-test and compare his scores with his original results to determine if he has suffered a concussion and how severe the damage is. Because the symptoms of concussions vary from patient to patient—and sometimes barely exist at all—baseline testing facilitates a more accurate, personalized diagnosis and treatment plan. 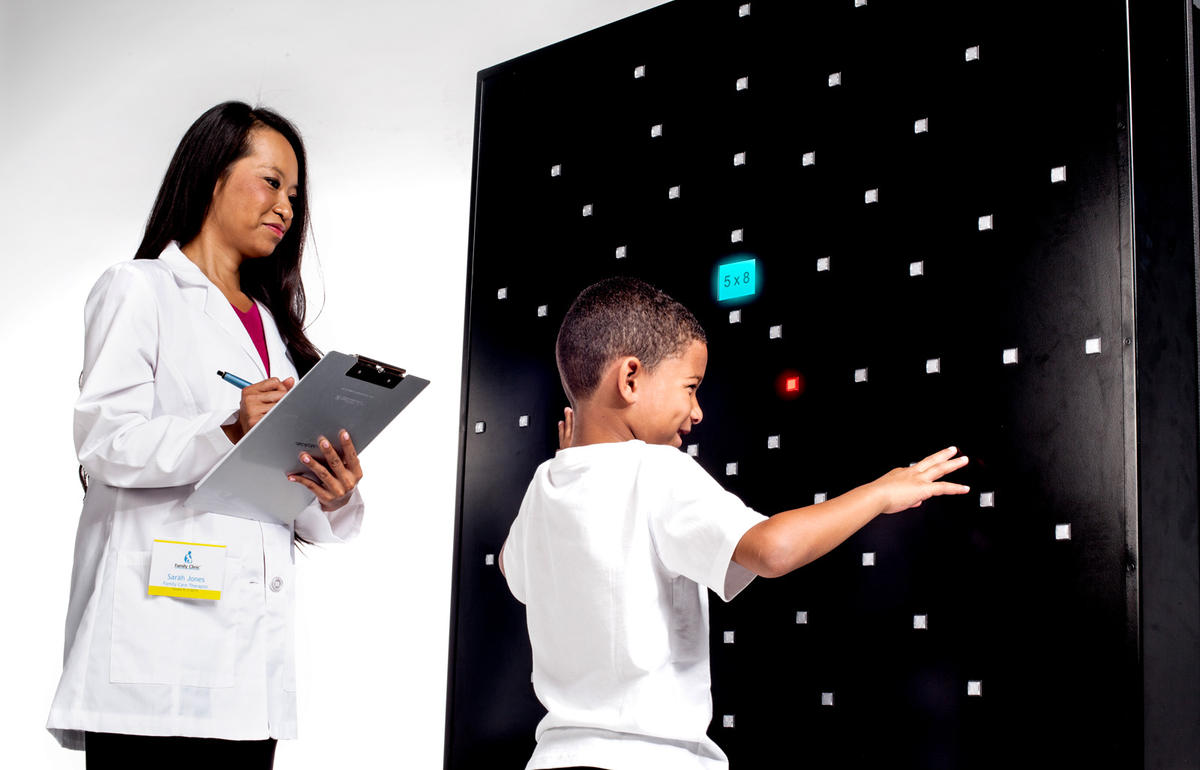 There is no brain scan involved in this test; the exam requires patients to play five short games on a fancy machine called a Dynavision. One asks the user to focus on the screen for 60 seconds and tap buttons on the board as they light up. In another, patients solve basic math problems—such as 15 minus four—while simultaneously pressing buttons that light up. Test results are based on speed and accuracy, and the analysis is pretty straightforward: If your score falls by 10 percent or more, then you’ve likely suffered a concussion.

The entire test takes about 10 minutes and costs between $35 and $40. And athletes don’t even have to drag themselves to the doctor: This summer, the center went mobile by installing two Dynavisions in a van, which traveled to Little League baseball fields around the area offering impromptu, first-come, first-served testing. DSR will continue its concussion diagnosis tour this fall at local football and hockey games.

Shawn Caldwell, the director of the NeuraPerformance center and the official chiropractor for the Denver Broncos and Colorado Rockies, envisions a day when the baseline test becomes part of the medical checkup required before kids play school sports, like getting a booster shot before starting elementary school. “Currently, we run all their vitals—check their hearts, lungs, joints, even their groins for potential hernias—but not their brains,” says Caldwell. “It’s kind of crazy.” Which is never a good adjective to use when you’re talking about the brain.