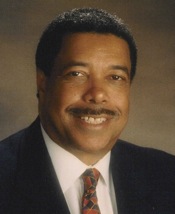 Former Denver Mayor Wellington Webb, the first African-American to rise to that position in the city, was appointed by President Barack Obama yesterday as a representative to the 64th General Assembly of the United Nations.

A White House release reveals eight new posts within the Obama administration, and although Webb has yet to be confirmed, he is currently at the United Nations’ New York outpost, where he is expected to remain through December, according to The Denver Post.

“People are excited about the engagement of the United States with the U.N.,” Webb says. “It’s much more than it has been in the past.”

Webb, who underwent extensive background checks before he’ll be officially nominated to the position, was on the floor of the U.N. summit yesterday when Obama addressed the issue of climate change.

Environmental advocates, writes the Los Angeles Times, were “cheered” as the United States and China presented a more united front on the matter, but overall, critics are worried the Obama administration will not act strongly enough when it comes to climate change and the two countries will not reach an accord by a December deadline.