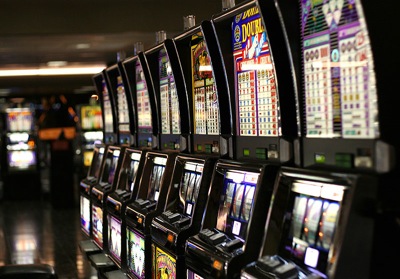 One-armed bandits: 2. Would-be millionaires: 0. For the second time this year, a Colorado slot machine that is networked with other slots to offer a higher “progressive” payout bleeped, chimed, and lit up announcing a multi-million-dollar winner. And, for the second time this year, the casino is insisting the slot machine malfunctioned, according to The Denver Post. On Tuesday, Maryann and Jim McMahon thought they had won $11 million, as their machine indicated at the Wildwood Casino in Cripple Creek. But, they were told they actually won $1,627. “That machine doesn’t pay out $11,000,” Wildwood General Manager Kevin Werner tells the Colorado Springs Gazette. “Certainly not $11 million.” The two were playing a Blazing Sevens machine when the “bells started going on, ringing like crazy” and a crowd gathered, as a string of yellow numbers appeared, reading, “$11,000,600.01,” Maryann McMahon says. State casino regulators are investigating, as they did earlier this year when Louise Chavez, a caregiver who makes just $12,000 a year, hit a $43 million jackpot at Fortune Valley Hotel & Casino in Central City on her birthday. In that case, the casino claimed the machine malfunctioned and state officials agreed. Chavez was due about $20 in the end.