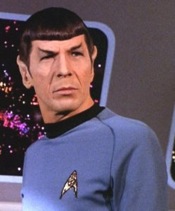 The 26th National Space Symposium starts today in Colorado Springs, where myriad issues, from budget cuts to space tourism, are expected to be discussed over the next four days (via The Associated Press). National Aeronautics and Space Administration Administrator Charles Bolden is slated to talk about the vision for the civilian role in space on Tuesday, and more than 100 students from the Pikes Peak area will be at the conference to rub elbows with astronauts, military brass, and space-industry insiders during meetings at The Broadmoor, notes the Colorado Springs Gazette. “If we want to remain a power in space–and if we want to remain a world power—we need to have mathematicians, scientists, and engineers,” says symposium spokeswoman Janet Stevens. Other hot topics include the White House’s proposed spending cuts for NASA programs, unintended consequences for the commercial space sector, and a guest appearance by Leonard Nimoy, who played Mr. Spock in the original Star Trek television series and many related films.