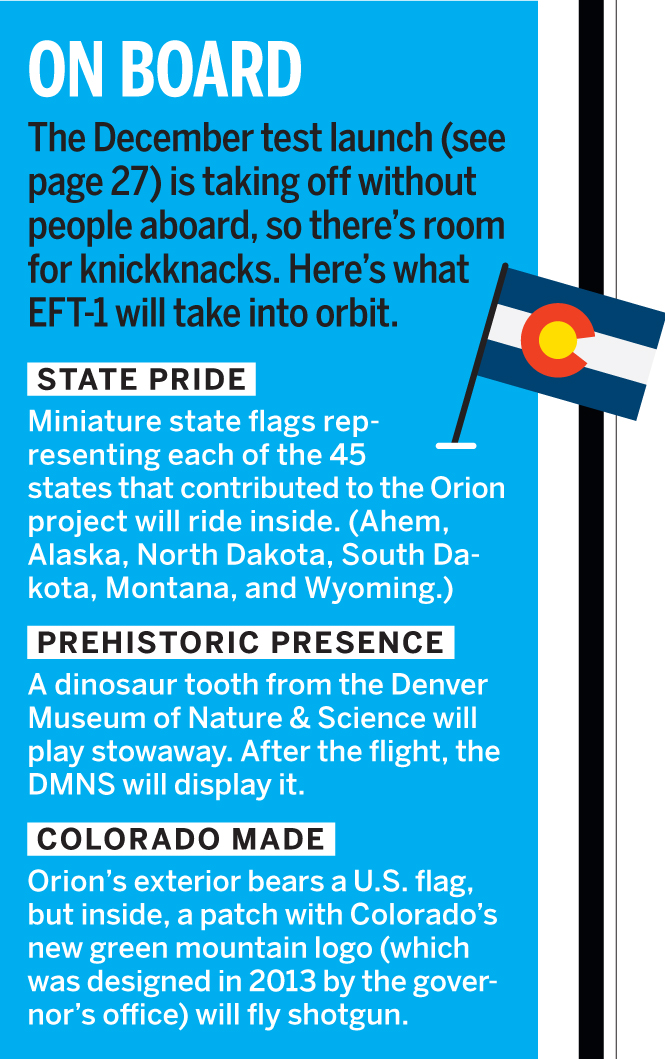 Eight years ago, when NASA awarded Colorado’s Lockheed Martin the contract to design and orchestrate the Orion project—America’s first manned deep-space mission since the Apollo’s 1972 moon landing—the entire state saw dollar signs. “The annual economic impact of Orion is projected to be more than $300 million and is generating hundreds of high-paying jobs,” says Kevin McCasky, president and CEO for the Jefferson County Economic Development Corporation (JCEDC). To wit: In 2006, the Orion team at Lockheed numbered just 259; today, the project boasts a brain trust of 540 full-time staffers.

All of these employees need a place to call home. The estimated economic contribution of building houses and schools to accommodate Orion’s crew over the next 20 years totals $51.6 million, according to the JCEDC. Those new homes also are adding $1.4 million in property taxes each year to Jefferson County’s coffers. Plus, Colorado is collecting a tidy sum in income taxes from the $3.2 billion the private aerospace sector pays in annual wages.

Lockheed itself maintains an annual subcontracting budget of $1.2 million in Colorado.Over the past eight years, the company—which employs 8,000 Coloradans—has tapped 155 local aerospace businesses, such as Littleton’s Eagle Aerospace and Centennial’s United Launch Alliance, to help with missions including Juno (launched in 2011, Juno is currently orbiting Jupiter to study the origin and evolution of our solar system’s largest planet) and the Maven atmospheric explorer (designed to study Mars’ climate, Maven entered the red planet’s orbit in September). “Between the number of employees and the supply chain they initiate in Colorado, Lockheed Martin is an absolute anchor for the aerospace economy,” says Vicky Lea, Metro Denver Economic Development Corporation’s director of aerospace and aviation. With more Lockheed projects on the horizon, Colorado can count on the boon for years to come. Next up: the InSight Mission, which will deploy a lunar lander to the surface of Mars in March 2016 to peer deep into the planet’s core.