The topics that will dominate candidates’ messaging throughout the campaign season.

It is the best of times…or is it the worst of times? That depends a lot on how you feel about Colorado’s growth. “Normally, the economy would be the highest issue for most voters,” Paul Teske, a dean at CU Denver, says. “There will be a lot of talk about sustaining the boom.” But, adds DU’s Seth Masket: “There are a lot of different areas of the state that are adversely affected by this growth.” Transportation has become a perennial funding battle at the Capitol and could benefit from strong gubernatorial influence (read: political pressure) to make Republicans and Democrats find bipartisan ways forward. Meanwhile, the unemployment rate in Colorado is three percent (it was 8.9 percent at the end of 2010), which on its face is great news, but that near-full employment causes woes for companies desperate to fill jobs. Wages—particularly in the metro area—haven’t kept up with cost-of-living expenses, which means that although people are finding work, they may not be able to pay bills. And the biggest expense for many voters is rising housing costs. Mix that all together, and the moment is prime for a gubernatorial candidate to stand out by creating a unique vision for Colorado’s future.

This may seem like a topic that matters most to people who are raising families, but this year, candidates will compel everyone to think about Colorado’s education system (funding here ranks in the bottom third of all states in the country). Which makes sense: Property owners help pay for schools, employers benefit from a well-prepared workforce, and we all want the best for society’s youngsters, right? But how we ensure we have a strong education system is quite a bit more complicated. Magellan Strategies’ David Flaherty says Republican candidates should be talking about education right now and through November. “It’s the one issue we completely give to the Democrats,” Flaherty says. “It’s unfortunate because it’s one of the top two issues for unaffiliated voters.” 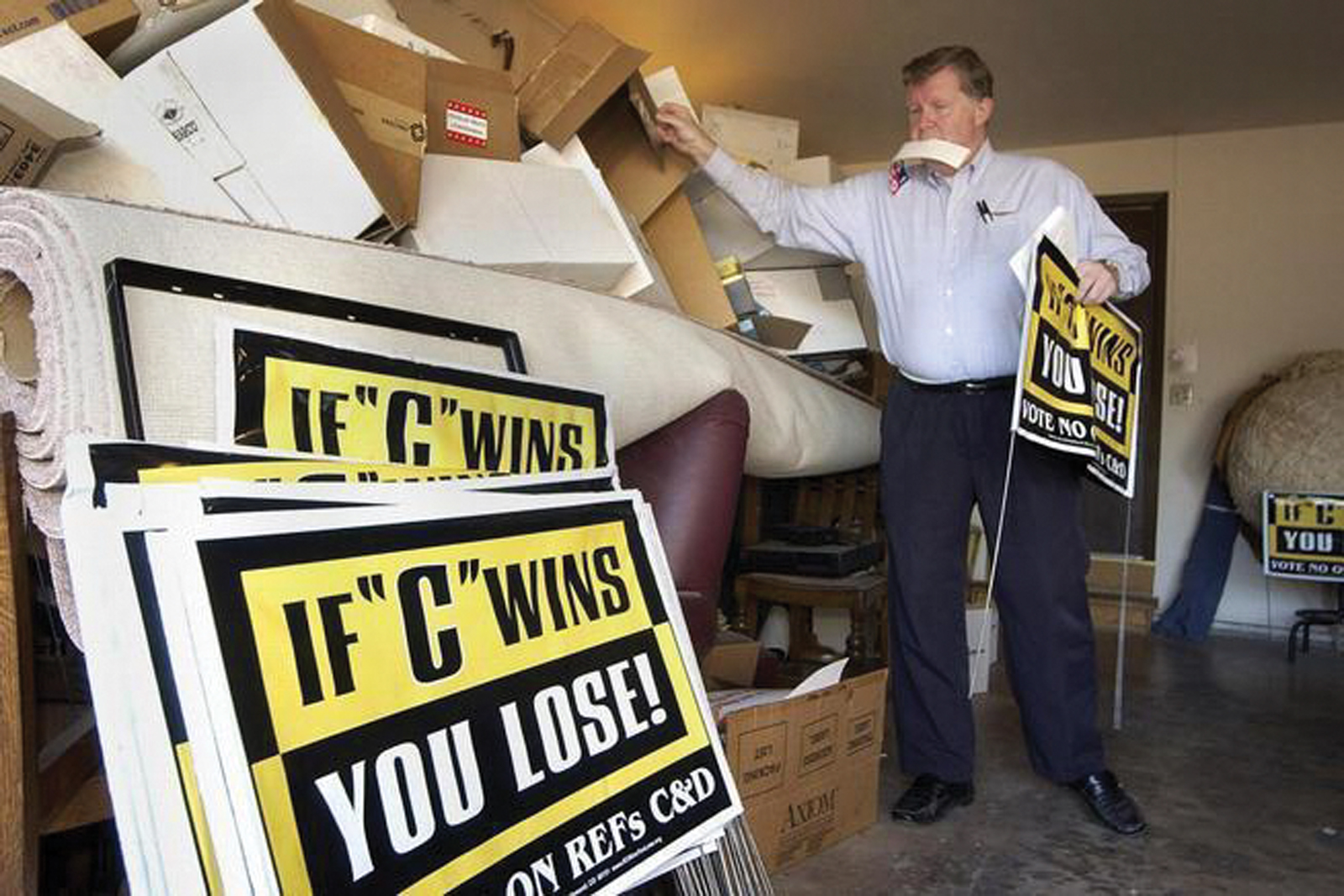 Conversations about addressing growing pains or giving more money to teachers inevitably evolve into talks about what to do about Colorado’s Taxpayer Bill of Rights (TABOR), which limits government spending to match population growth and inflation increases. Under TABOR, which passed in 1992, leftover revenue is returned to the taxpayers. Proponents herald the limits on government spending; detractors warn that TABOR isn’t robust enough to respond to real-time needs, like shifting populations in schools due to high housing costs. But Coloradans tend to like the control TABOR gives them: A January 2018 report from the American Politics Research Lab at CU Boulder found that “support among Coloradans outpaces opposition,” with 45 percent of respondents supporting TABOR. That number has fallen since 2016, and the study notes that more than a quarter of respondents had “uncertainty about a position.” In short, there’s room for candidates to make TABOR the issue of the campaign. Republican candidates are likely to support working within TABOR’s constraints. Democrats will probably talk more about reform or repeal.

The Second Amendment will remain a touchstone topic for gubernatorial candidates, who will weigh in on everything from high schoolers walking out of class to Denver’s bump stock ban.

Déjà vu. Just more than 40 years after Colorado rejected the games, we’re back to discussing the perceived merits (improving I-70) and demerits (building soon-to-be-vacant infrastructure) of hosting.

The environment, oil and gas, and energy are all issues that will drive many voters to return ballots in June and in November.

The decision to reinstate the Deferred Action for Childhood Arrivals (DACA) policy is a national issue, but it will be a central discussion in Colorado, especially during the primaries—and in sanctuary cities.

We never seem to have enough of it, and after a dry winter, water—how we get it, how we use it, how we protect it—will remain a hot topic.

Just because Washington, D.C., failed to repeal or replace the Affordable Care Act, that doesn’t mean you won’t hear about this issue again and again and again, especially as politicians focus conversations on the state’s Connect for Health Colorado exchange.

Movements emerge in election cycles that define campaigns, forge history, and change politics. What will drive voters this year?

From #MeToo to #BlackLivesMatter to #TakeAKnee, social awareness movements are shaking up the political world. But they are doing so independently, without relying on one or more of the major political parties for support. Based on the sheer numbers of people participating in these movements—there were reportedly more than 100,000 people at the 2017 Women’s March on Denver—candidates cannot ignore these voters or the reasons they’ve chosen to march, tweet, or take a knee. The next governor will have an opportunity to lead these ongoing conversations—in a manner that doesn’t necessarily need to adhere to partisan politics.

Good luck trying to guess this race’s final price tag. When you ask people who are in a position to estimate the cost, you’ll hear plenty of sighs, often followed by someone saying, “A lot.” Pundits and politicos aren’t being cagey; they don’t know. “The ante is up everywhere,” CU Denver’s Paul Teske says. “I couldn’t name a figure, except that it will probably be more than ever before.”

Looking at past elections can give us an idea of what this one might cost: In 2014, according to followthemoney.org, gubernatorial candidates across the country raised more than $845,000,000. But collecting a bunch of cash doesn’t ensure victory. In open races that year, losers cumulatively raised more than winners. In Colorado’s 2014 gubernatorial race, according to the Council of State Governments, each vote cost $5.20. That number will probably rise this election cycle, in part because Proposition 108 likely ensures that candidates must reach more voters during the primary than ever before.

So how will hopeful governors stock their war chests? Colorado’s campaign finance laws place strict limits on contributions: Individuals can donate a total of $1,150 to a gubernatorial candidate (a max of $575 each for the primary and general elections). Candidates can also receive up to $615,075 from their own parties. There are no limits to the amount of money an individual can personally donate to his or her own campaign.

Three key ways to collect dough during the campaign.

Hit the phones and knock on doors to ask people for cash. Raise a dollar at a time.

Donate to your own campaign and spend less time fundraising. Watch your bank account balance spiral downward as each ad runs.

3. Let Someone Else Have Control

Impress an independent expenditure committee. Learn to let go (you’re not allowed to talk to them about messaging).

Created: July 2015
Purpose: “To elect Democratic women candidates who are progressive and pro-choice and who are running for state or local office.”
Funds: $117,537

Created: June 2017 Purpose: “The purpose of Frontier Fairness PAC is to support or oppose one or more candidate(s) for state office, including gubernatorial candidates, in the state of Colorado in a manner not controlled by or coordinated with any candidate or agent of a candidate.”
Funds: $257,101

Source: Colorado Secretary of State, as of December and January filings