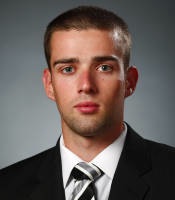 The University of Denver hockey team was already the Western Collegiate Hockey Association regular-season champion and a top seed for the upcoming NCAA championship tournament. But yesterday, the accolades continued to roll in, as this year’s squad earned more individual awards at the WCHA awards banquet than any Pioneer team since 1978.

Gwozdecky has had amazing success at DU, guiding the team to its 12th WCHA regular-season championship and an overall 27-7-4 record this year, according to the DU Pioneers Web site. With Gwozdecky at the helm, DU has won two NCAA championships (2004, ’05), four WCHA playoffs championships, and three WCHA regular-season titles (2002, ’05, and ’10). Cheverie is modest when it comes to discussing his award, despite the fact that he may be the best goalie in college hockey.

“I think anytime a team has the kind of success we’ve had, there’s going to be a lot of individual awards,” he tells the Post. “But all in all, we can’t do it without each other.”