It’s no easy feat getting here (especially in winter). But the spectacular mountain scenes (and skiing) and decadent downtown restaurants and shops make Aspen a must-see in every season. Here are suggestions for soaking it all in, no matter your budget. 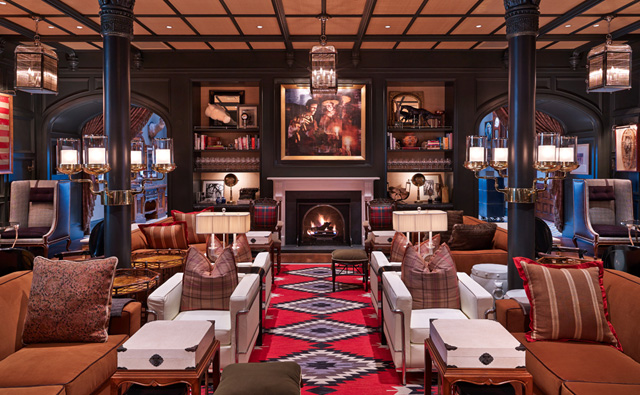 Eat: You could make a reservation at the 125-year-old Hotel Jerome’s elegant Prospect restaurant. After all, you can’t go wrong with any of the upscale American bistro’s excellently prepared dishes, among them rainbow trout, rotisserie chicken, and ricotta with lobster. But we suggest trading in Prospect’s deep leather chairs and white walls for Hotel Jerome’s funkier Living Room (pictured above), where you can order many of the same dishes from a smaller menu and pair them with expertly mixed cocktails like the Mozart (Leopold Bros. Maryland style rye, ruby port, Nikolaif elderflower syrup, blood orange), amid an eclectic environment that includes 20th-century typewriters, a 1876 American flag, and of course, the showpiece: a white marble fireplace. If you’re feeling a little more French, head to Element 47, where local ingredients shine in small plates such as seared foie gras and roasted quail, and large plates like veal cheeks and Burgundy-braised short ribs. 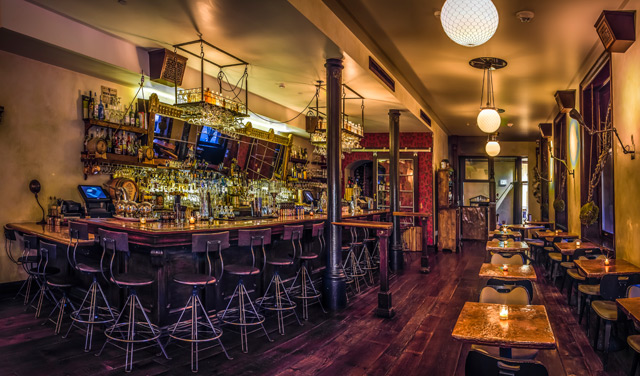 —The bar and dining room at Justice Snow’s. Photo by Nick Tininenko

Sip: You’ll come to Justice Snow’s Restaurant & Bar for its reputation (it was named one of the best bars in the country by both Food + Wine and Playboy). You’ll stay for the execution: Namely the proficiency with which the staff pulls off cocktails such as The Inquisition (spiced rum, cognac, more rum, lemon juice, vanilla syrup, apple bitters, hot water, and a flamed apple slice) and Root Canal (this bourbon, sherry, and bitters drink was designed for a local dentist), just two examples from the three-year-old bar’s 42-page booze menu. Yes, we said 42. 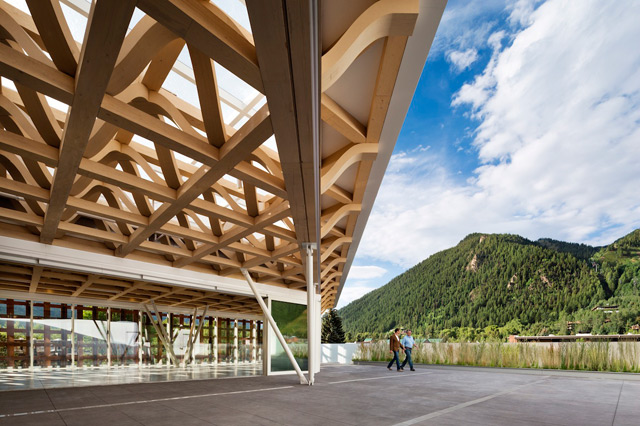 Tour: With six galleries and a café spread throughout the Aspen Art Museum’s newly opened 33,000-square-foot space, you might find it difficult to see everything in a single day. One can’t miss stop: The rooftop sculpture garden, where you’ll be treated to an unobstructed view of Ajax Mountain. 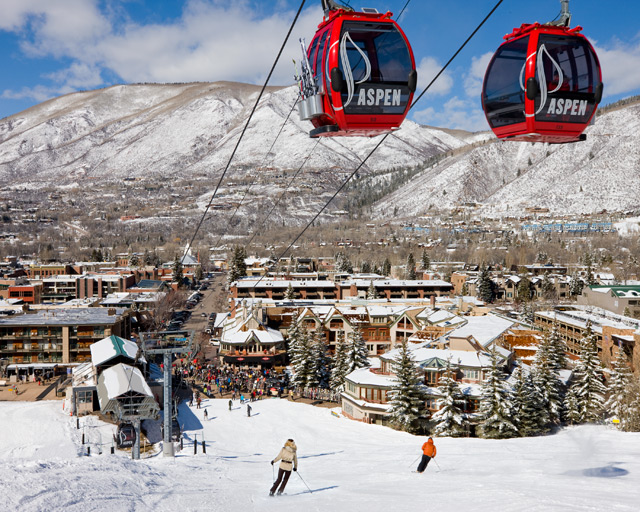 —Skiing to the Little Nell, at the base of Aspen Mountain. Photo by David O. Marlow, Courtesy of The Little Nell

Stay: If you’re on a budget—or just not prepared for Aspen sticker shock—consider the St. Moritz Lodge, where $60 nets you a bed (a twin in a two-bed room), a modest breakfast, and enough cash left in your budget to afford a drink at Justice Snow’s. On the other end of the spectrum, The Little Nell—with its in-room stone fireplaces, heated marble floors, steam showers and Jacuzzis (plus, you know, ski-in/ski-out access to Aspen Mountain)—presents the kind of slopeside luxury you expect from Aspen.

If You Do One Thing: Make it Maroon Bells (pictured at top). In the summer, you’ll fight the crowds that descend on these magnificent fourteeners standing sentinel over Maroon Lake, but it takes a tougher tourist to enjoy the sight in the winter: You can either cross country ski for your reward (for the super hardy and also experienced), or take a two-hour, teeth-chattering snowmobile tour with T-Lazy-7 Ranch that ends with hot cocoa and the best snow globe scene you’ll ever experience. 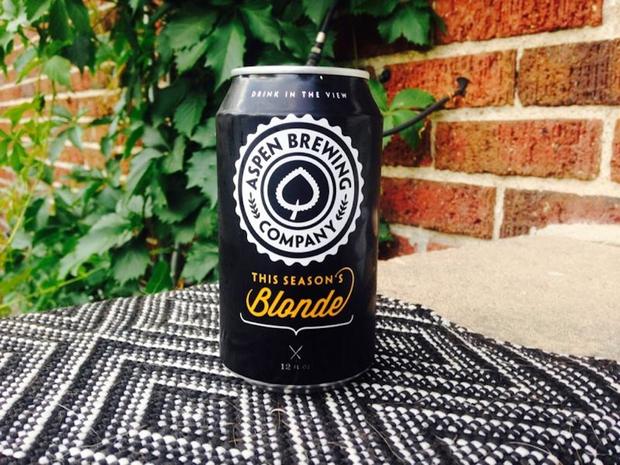 Local’s Secret: Aspen Brewing Company. This seven-year-old Aspen craft brewer took over where Flying Dog left off when it headed for Denver (and then Maryland), offering 13 seasonal, barrel-aged, and year-round brews at its downtown digs—plus the option to BYOF (bring your own food). 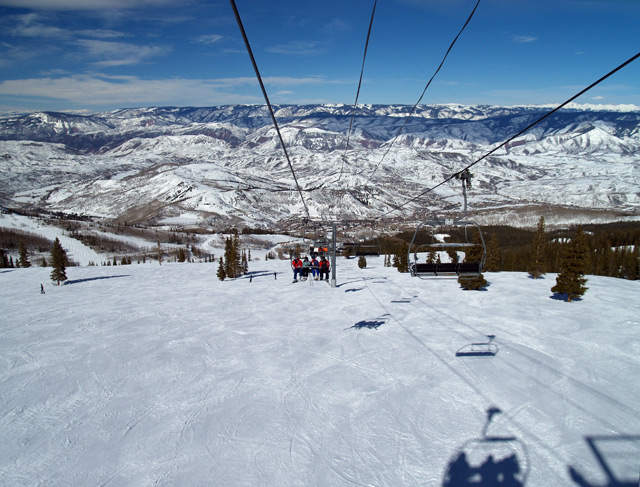 Ski: For experts: The Ole Bowl or Mushroom runs at Aspen Highlands. For intermediates: Big Burn at Snowmass. And for beginners: The entirety of West Buttermilk.