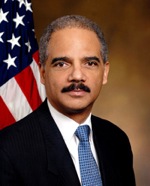 For years, advocates failed to persuade President George W. Bush to back hate-crimes legislation, but now, President Barack Obama will sign a measure to expand the legal definition of hate crimes to include sexual orientation, gender, disability, or gender identity. Yesterday’s 68-29 vote in the U.S. Senate sent the bill to the president. “There have been nearly 80,000 hate-crime incidents reported to the FBI since I first testified before Congress in support of a hate-crimes bill 11 years ago,” U.S. Attorney General Eric H. Holder Jr. says (via the Los Angeles Times). The Colorado Bureau of Investigation tracked 164 hate crimes offenses in 2008, the most recent statistics available. James Dobson of Colorado Springs-based Focus on the Family called the legislation “utter evil” on his radio show earlier this year (via LifeSiteNews), fearing the Hate Crimes Bill, H.R.1913, could be used to prosecute people for their religious opinions on sexuality. Meanwhile, NPR hails the bill as “the greatest expansion of the 1969 federal hate-crime law.” The original law was enacted after the murder of the Reverend Martin Luther King Jr. and aimed to protect people from violence because of their race, religion, or national origin.